Stocks typically rise between Thanksgiving and Christmas, but other months perform better 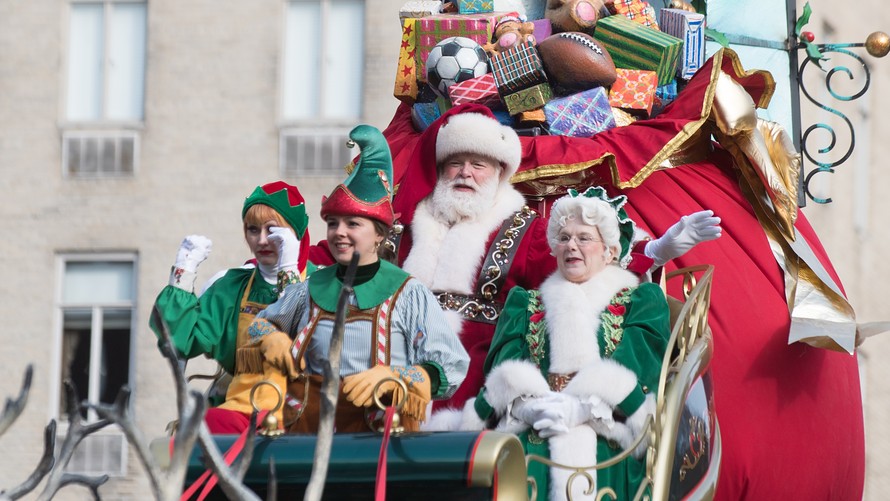 Yes, stock investors, there is no “Santa Claus rally.”

Don’t tell that to Wall Street though, where talking heads already have started dangling the prospect of such a rally in front of clients. They’re just as shameless as the retailers who start Christmas sales earlier and earlier every year.

While the stock market will likely rally at some point between now and Dec. 25, that doesn’t mean that the holiday season has more of an upward bias than at any other time of the year.

Consider the stock market’s performance from Thanksgiving to its highest close in December. Though that isn’t the only way someone could quantify a Santa Claus rally, it should certainly show up when measured this way. Since 1896, when the Dow Jones Industrial Average /zigman2/quotes/210598065/realtime DJIA +0.17%  was created, the gain over this period has averaged 3.4%.

That’s not bad for a month’s work, more than triple the stock market’s long-run rate of advance. But it’s not good enough to indicate that a Santa Claus rally actually exists.

That’s because many other months have an even larger rally potential. To illustrate, for each month I calculated the magnitude of the rally from its 4th Thursday to the subsequent month’s high. (I used this as the starting point for measurement because Thanksgiving occurs on the 4th Thursday of November.) As you can see from the chart below, seven months have a larger rally potential than the traditionally defined Santa Claus rally that begins on Thanksgiving. Moreover, when measured in this way, the Santa Claus rally is below average. 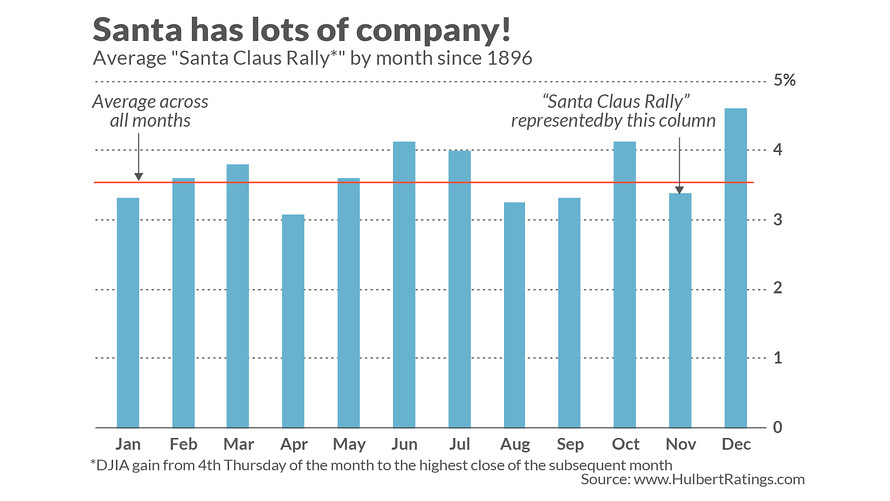 Note that none of the differences in the chart is significant at the 95% confidence level which statisticians often use when assessing whether a pattern is genuine. So you shouldn’t conclude from the chart that there is now a reason to avoid the Santa Claus rally period, or that you should start betting on a rally that begins on the 4th Thursday of any other month.

Keep in mind that f the Santa Claus rally did have a strong statistical foundation, it would long ago have been discounted away by investors wanting to get a jump start on it. This leads to an ironic conclusion: To have any real hope that the stock market will enjoy a Santa Claus rally this year, you must show that such a rally has not existed on average in past years. That’s a strange argument to be making.

More: Winter is coming: These stocks can fire up your portfolio as energy demand spikes