Tesla, gold and the dollar soar—an ‘everything rally’ has some stock-market investors fearing how it all ends

‘Some of the largest stocks in the world have entered the manic phase’: strategist 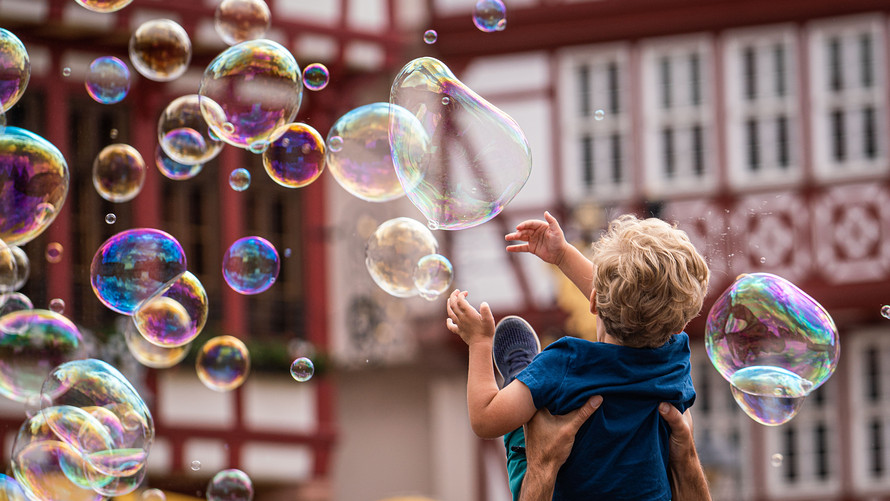 AFP/Getty Images
Everything is rising together

What happens when everything rises all at once? That’s what some investors are scratching their heads about as they look out at the current landscape on Wall Street.

Speculative stocks like electric-vehicle maker Tesla Inc . (NAS:TSLA) , and Virgin Galactic Holdings Inc . (NYS:SPCE) , a space tourism company that only began trading publicly three months ago, also surged. Virgin’s stocks is up 118% this month, while Tesla has gained more than 41% over the same period.

Read: Fidelity customers freaked out Wednesday when a tech glitch caused their 401(k) balances to drop to $0

But it’s more than just those names.

Gold prices are trading near the richest levels since 2013 and the U.S. currency, as measured by the ICE U.S. Dollar Index (IFUS:DXY) , is hovering near its loftiest level against a basket of a half-dozen rival currencies, in more than a year.

See: Can the stock market soar if the dollar continues to surge? What investors need to know

Another asset, bitcoin (COINDESK:BTCUSD)   is barreling above $10,000, approaching its highest level since August, according to FactSet data.

Meanwhile, a number of bond-pegged ETFs, which wouldn’t be expected to rise while equities are gaining, were also near their recent highs, including iShares Core U.S. Aggregate Bond ETF (PSE:AGG)  and iShares iBoxx $ Investment Grade Corporate Bond ETF (PSE:LQD) .

It’s almost as if investors putting money to work this year can’t lose, and that setup has caused some confusion among strategists, investors and analysts.

Cappelleri said he’s unsure if this is a true “everything” rally but advised caution.

“So, whether one thinks this is an ‘everything’ bull market or not, it’s clear that various assets are rallying concurrently right now. And that makes it important to stay on the right side of those trends for as long as we can,” he wrote on Wednesday.

On Tuesday, hedge-fund billionaire Leon Cooperman told CNBC that he saw euphoria in pockets of the market. He said “we’re at the early stage of knocking on the door of euphoria but not quite euphoria.”

Michael Antonelli, market strategist at Robert W. Baird & Co., said that the market’s multiasset rise can be attributed to one thing: “unprecedented stimulus.” Notably, easy-money policies from the Federal Reserve, which has kept U.S. benchmark rates at a 1.50%-1.75% range, with investors betting that the central bank will be more inclined to cut rates than to raise them in the near term, particularly with China’s COVID-19 outbreak emerging as a global threat.

Antonelli said the viral outbreak accounts for much of the catalyst for the state of play across markets. The infectious disease that emerged in Wuhan, China last, year, has hamstrung the world’s second-largest economy. How significantly it has hurt China remains to be seen.

“We know that China is basically sitting idle right now. Once the pandemic slows a bit more I’d expect to see some really massive injections both fiscally and monetarily from the Chinese,” Antonelli told MarketWatch.

“They can’t let this pandemic threaten economic growth because if it did, that could threaten political stability,” he said.

Fresh stimulus from China and an accommodative Fed may not provide much comfort, said Vincent Deluard, global macro strategist at INTL FCStone.

He paints a picture teeming with potential excess, where newly minted “traders share screenshots of their extraordinary gains on Reddit and Twitter and savagely roast anyone who is not leveraged long their favorite highflying tech stocks.”

Deluard says one of his bigger concerns is that the rally isn’t supported by solid fundamentals.

He argued that by one measure, tracking stock price gains compared against a number of measures, illustrated that equity valuations are historically rich.

The chart below shows the market value of the S&P 500 in aggregate compared against its replacement cost, or Tobin’s Q; stock-market capitalization relative to gross domestic product; and the Shiller P/E, or price-to-earnings, ratio. Based on those measures, stock market caps represent 230% of GDP, Shiller P/Es are at their loftiest since 2000 and Tobin’s Q is at a level last since in 1999, Deluard noted.

On top of that, the profits of small-capitalization Russell 2000 index (USA:RUT) companies, meanwhile, have shrunk in each of the past four quarters, Deluard wrote.

“Even large-caps are not immune to the earnings recession: profits for the S&P 495 index (which excludes Facebook (NAS:FB) , Apple (NAS:AAPL) , Amazon.com Inc. (NAS:AMZN) , Microsoft (NAS:MSFT) , Google-parent Alphabet Inc. (NAS:GOOG) (NAS:GOOGL) ) declined by 3.9% in the past quarter.

It’s impossible to say how long this tandem rally can last.

Legendary mutual-fund manager John Templeton once said that bull markets don’t succumb to old age, but die in a bout of euphoria.

And that notion may be swirling in a number of investors’ minds as this bull market that began March 9, 2009, heads toward its 11th anniversary.

Matt Forester, chief investment officer of BNY Mellon’s Lockwood Advisors, told MarketWatch that all this apparent optimism may evaporate if the coronavirus’s impact is greater than investors are betting. “A number of strategists are playing amateur epidemiologist and I think that’s a little bit of a challenge,” Forester said.

He also said some investments bets being placed currently also reflect that investors are playing defense, buying Treasurys as well as assets they think may grown in value.

“I think it’s a function of investor positioning and sentiment. There’s only been a few days of actual weakness so far in 2020, which means people have to keep chasing to keep up,” Cappelleri told MarketWatch. 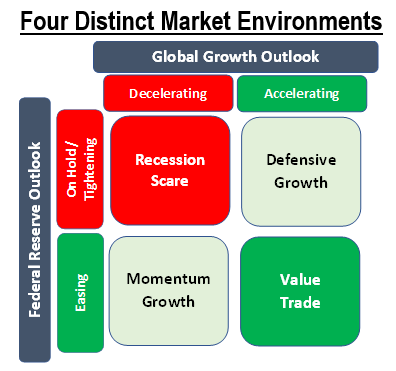 Deluard said that what he describes a “manic phase” for stocks will eventually pop and lofty valuations and central bankers could be the cause. “The main value of these examples is to illustrate that some of the largest stocks in the world have entered the manic phase, where mobs of leveraged individual investors have hijacked the normal price discovery process,” he wrote in his research report. “What could end this irrational euphoria?”

Deluard speculates that ultimately companies may significantly pullback on repurchasing stocks, which has been one of the key drivers of stock-market multiples. “Buybacks, the single-largest source of demand for stocks in this cycle, will become the transmission channel through which irrational prices finally adjust to rising cost pressures,” he wrote.

Read: Here’s what you really need to know about stock buybacks