‘Don Jr. and I are friends’: Scaramucci 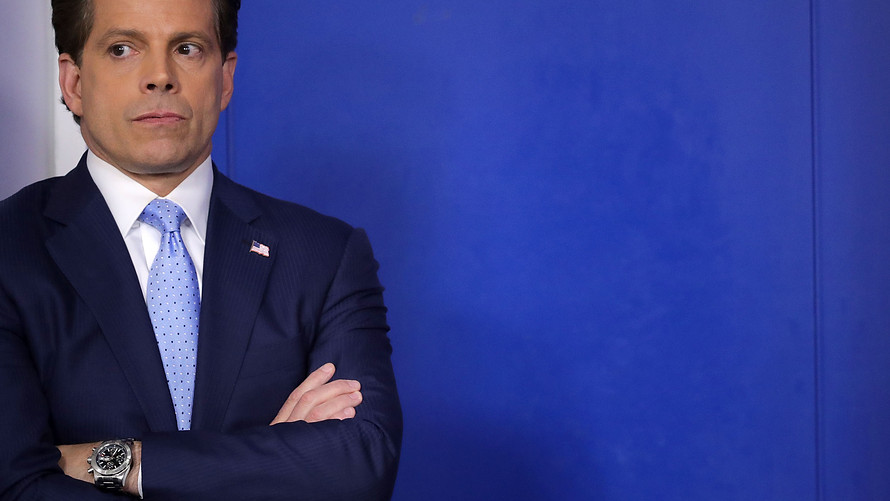 A friendship between President Donald Trump and one of his formerly most vocal advocates has taken an almost-Shakespearean twist.

Anthony Scaramucci was once an ardent Trump supporter. He enjoyed a fleeting 11-day stint as the president’s White House communications director and as recently as Aug. 8 on CNBC applauded “the president’s courage for going after these issues,” referring to a yearlong Sino-American trade war.

Author William D. Cohan has described “The Mooch,” as Scaramucci is sometimes affectionately referred to (and sometimes not so affectionately), as “the most loyal friend there is” when it comes to the inner circle of the 45th commander-in-chief, in a Vanity Fair article in February of 2018 .

However, all that has taken a stunning turn in less than a month, with Scaramucci’s devotion for Trump giving way to escalating enmity.

The hedge-fund manager, who looks after some $9.6 billion at SkyBridge’s fund of funds, has challenged the president’s abilities as a leader and reiterated a recent barrage of Trump criticisms in a Thursday interview with MarketWatch.

“This is an issue of mental instability and demagoguery,” he said. When asked whether Trump’s actions are substantially different than in the past, Scaramucci said he acknowledges that a lot “stuff that [Trump] is doing now is consistent” with his past actions.

“But, I don’t remember him calling himself the ‘King of Israel’ and ‘the chosen one,’” referring to Trump’s embrace this week of Newsmax TV host Wayne Allyn Root’s comments, declaring Trump the greatest president for Jews, and the president’s, perhaps joking, proclamation that he is “ the chosen one ” to lock horns with China over longstanding U.S. trade imbalances.

“A red line has now been crossed,” Scaramucci told MarketWatch.

“I can’t in good conscience support this man for re-election,” he said.

That notion may be all-too clear after Scaramucci wrote an op-ed in the Washington Post on Aug. 19, outlining the reasons behind his feud with the president titled: “ Anthony Scaramucci: I was wrong about Trump. Here’s why.”

Check out : Scaramucci on Washington back stabbers: ‘I’m more of a front-stabbing person’

An article in Salon.com stated that the hedge-fund honcho was set to go as far as to assemble a political-action committee, or PAC, with the goal of replacing Trump as the Republican nominee for the 2020 election.

Trump has fired back several times, with his most pointed response to Scaramucci coming in an Aug. 19 tweet in which he called his former supporter “a highly unstable ‘nut job’.”

Despite the feud with Trump Sr., Scaramucci acknowledged a cozy relationship with Donald Trump Jr., for whom he hosted a dinner on July 30 at the Hunt & Fish Club near Times Square, where the hedge-fund manager is a co-owner, as reported by the Washington Examiner .

“Don and I are friends,” Scaramucci told MarketWatch.