Why are people working longer? It’s not what you think 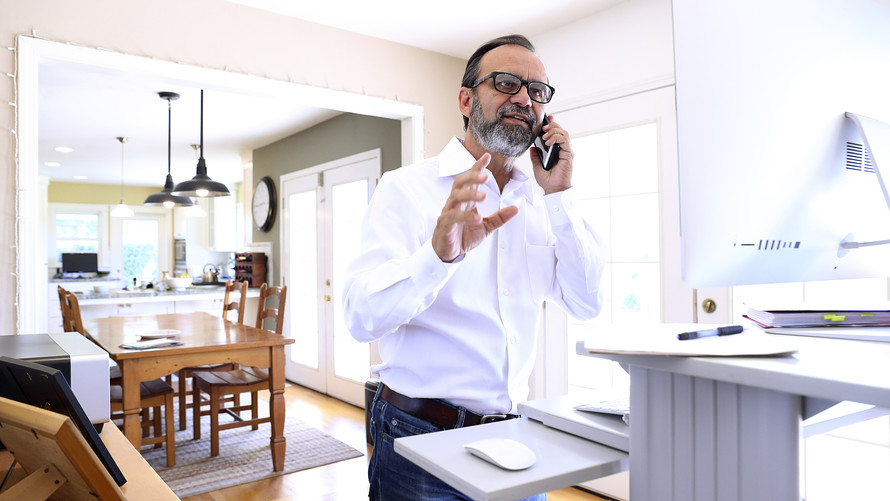 Now she’s back with Aging, Work, and Retirement using her intriguing research to concentrate on the latest trends in labor-force participation and uncover the reasons women and men bypass conventional retirement age and stay on the job.

For this book, Fideler surveyed roughly 168 people over 60 working full time or part time and followed up with one-on-one interviews with two dozen of them.

I spoke with her about the survey conclusions and the high points of our conversation are below.

But first a proviso: She used what’s called “snowball sampling” for the survey so that it circulated among colleagues and then their friends and relatives all across the country. Therefore, the survey drew responses from people who tend to share a number of characteristics pertaining to socioeconomic status, educational attainment, types of occupation, race and ethnicity, and so on.

Although female respondents to the survey split fairly equally among low-, medium-, and higher-income brackets and male respondents tend toward higher income levels with at least moderate financial security, they are all privileged in being able to choose whether to retire or to continue working, she notes. “In contrast, for poorly educated older workers employed in low-wage, low-skill, high-turnover jobs, necessity is frequently the driver,” Fideler says.

Kerry Hannon: Why are older workers staying on the job in record numbers?

Elizabeth Fideler: By and large, people are healthier and living longer. Many older adults keep working out of necessity—they can’t pay the bills if they stop working; they depend on employer-provided health insurance; they do not have retirement savings. Others, typically more highly educated, skilled professionals, choose to stay on the job.

Although the popular press and financial advisory firms would have us believe that fiscal insecurity is driving the trend, for those fortunate enough to have a choice and to be in good health it’s job satisfaction, having a sense of purpose, finding meaning in the work; using knowledge, skills, abilities and experience acquired over many years; helping others, making a difference; mentoring younger workers; enjoying their colleagues, clients, patients, or students. In short, they tell me that they love what they do. And, it’s older women even more than older men who are powering the extended work life, or EWL, phenomenon.

KH: What factors are influencing their decision making?

EF: There are many. Good health is paramount. Being at the peak of one’s career. Family demands, such as caregiving for an elderly, infirm parent, a spouse, or grandchildren. Being responsible for mortgage payments or tuition for grandchildren. Working for an age-friendly company that allows flexibility in regards to hours and location. Getting along with one’s boss and co-workers. Wanting to be one’s own boss. Then again, the pandemic has dealt such a savage blow to the economy that many people forced out of their jobs have retired earlier than planned.

EF: Some are, the ones that recognize how valuable and essential their mature employees are. Organizations paying attention to lower birthrates, declining numbers of younger workers, and forecasts of labor shortages will be more willing to hold on to their experienced older workers. Mature workers can mentor younger workers (and be coached by them). In addition, intergenerational teams promote age diversity and inclusion, which some companies cite as goals.

KH: What are some of the challenges and concerns, often but not always associated with working in the retirement years, including what you call “the pernicious effects of ageism?”

EF: Where are Maggie Kuhn and the Gray Panthers when we need them?! Surveys by AARP and others indicate that age discrimination vis a vis hiring and promotion has not lessened over the past 50-plus years since passage of the ADEA (Age Discrimination in Employment Act), even though it has become less blatant. Manager and co-worker perceptions and negative stereotypes in regard to age, motivation, and technological know-how can limit mature workers’ access to training and professional development. Other challenges or concerns—one third of the older workers surveyed for my study admitted to job-related stress or fatigue. Some feel the ‘pull’ of outside interests and the desire to have better work-life balance.

KH: What are some of the arguments for encouraging older men and women to stay in the workforce as long as they are willing and able to do so?

EF: At the individual level: EWL is said to contribute to better health and increased longevity, especially for those who enjoy job satisfaction. Moreover, delaying retirement and waiting as long as possible to claim Social Security benefits means higher monthly income. At the organizational level: EWL retains institutional knowledge/history, contributes to age diversity and inclusion. At the society level: EWL means more people and higher income earners are paying in to the Social Security system.

KH: What from your research have you found to be the real reason a growing number of older men and women give when they are working by choice rather than by necessity?

EF: They do it because they enjoy it. Sure, they like the money, but that’s not the primary reason.

KH: You write that “traditional ideas about aging, career paths, and retirement are out the window.” How so?

EF: Increasingly, retirement has become a ‘process’ instead of a permanent exit from the labor force. Where possible, people are gradually working fewer hours in traditional full-time career jobs (‘phased’ retirement) or taking “bridge’ jobs with different responsibilities. People bored in retirement and seeking to recover the structure of a job or the camaraderie of co-workers are un-retiring.

KH: What surprised you most from your research for this book?

EF: Most striking was the openness to learning on the part of my respondents. As accomplished as they are, they are willing to try something new. One man emailed me just last week with his three newest goals—this on top of the two part-time businesses he’s been running after retiring from his longtime career. I’m also impressed by the number of older workers who manage to make time for volunteer work of various kinds.

Kerry Hannon is a leading expert and strategist on work and jobs, entrepreneurship, personal finance and retirement. Kerry is the author of more than a dozen books, including Great Pajama Jobs: Your Complete Guide to Working From Home, Never Too Old To Get Rich: The Entrepreneurs Guide To Starting a Business Mid-Life, Great Jobs for Everyone 50+, and Money Confidence. Follow her on Twitter @kerryhannon .