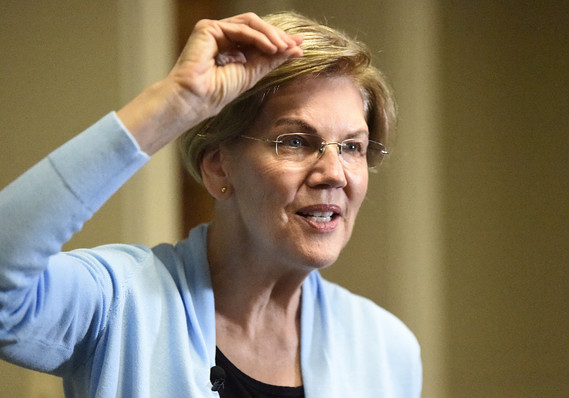 Associated Press
Elizabeth Warren will fail if she tries to do too much with health care.

Health care has been topic number one in the Democratic debates. This is no surprise— Americans rank it first alongside the overall economy —and with unemployment so low and job satisfaction high, it’s best for Democrats to focus on specific festering issues.

Sen. Elizabeth Warren has come up with Plan B —resurrecting the public option as a politically palatable transition to socialized medicine—in deference to the fact that voters are more moderate than the radical left would hope.

Warren’s new plan offers a glimpse of the likely direction most of the Democratic candidates would take us if elected and once they reckoned with the more liberal Democratic Caucus in the House.

She would enroll everyone with incomes below 200% of the poverty line ($51,000 for a family of four) in the public plan but permit those with employer-paid insurance to opt out.

Similarly, folks over 50 without private insurance would automatically be enrolled in Medicare. Everyone else could buy into the public plan using the money their employers currently spend on private insurance.

These would bring coverage to most of the 27.5 million without health insurance owing to high costs.

Competition with private insurance has merit. If the senator believes a federal agency—like the folks who designed the Affordable Care Act website—can outperform CareFirst, Caremark /zigman2/quotes/209664499/composite CVS +0.07%  and others, I see no harm in giving it a try but it’s a stretch.

As currently structured, Medicare is heavily reliant on private insurers. Most folks purchase private policies to cover co-pays and deductibles, which can be substantial. Part D prescription drug premiums are collected and benefits administered through private managers as well.

Persuading or compelling private providers to accept government reimbursement rates to eliminate those and bring prices and costs under control is theoretically doable considering how much less expensive medical care is in Europe. However, it is an enormous political lift.

Warren is eager to go after monopoly pricing and abuse of government reimbursements. Local cartels are common among hospitals and insurers and physician-specialist groups . Pharmaceutical companies block competing new drugs and generics , and rig prices. And prices for hospitals, drugs and other services are opaque and vary arbitrarily among purchasers.

Warren proposes to use legislation already on the books to force licensing of patented drugs to generic manufacturers and establish a federal generic pharmaceutical company to manufacture drugs such as the terribly overpriced EpiPen.

As the Trump administration is learning, the health-care industry will fight tooth and nail in court to block this effort and other reforms that would create greater transparency and competition. With the vote rule, conservatives in the Senate can be expected to block legislation like Nancy Pelosi’s very thoughtful prescription drug price regulation legislation and other sensible reforms.

The Democrats can only hope to win a slim majority—if that—in the Senate. Warren’s plan for a private option, Medicare for those over 50, and the much higher taxes to pay it all will face opposition even from moderate Democratic senators.

Overall the process of radically altering the system—and not merely building on the elaborate subsidies that the Affordable Care Act has embedded into the U.S. health care system—will take decades.

In the meantime, costs could only be brought down gradually and expanding coverage in the manner Warren prescribes would require what the Europeans already bear—in addition to high income and corporate taxes, they pay rather high national sales taxes and payroll taxes.

The senator’s proposed wealth tax to avoid the latter is a non-starter. Should she devote energy to expanding coverage with such a fiscal tact, she would likely squander her mandate for change.

Three of the last four presidents tried to overhaul health care with little success—the Affordable Health Care Act is proving an expensive subsidy program that does little to curb costs. Without less antagonistic strategies, Warren would suffer the same fate.