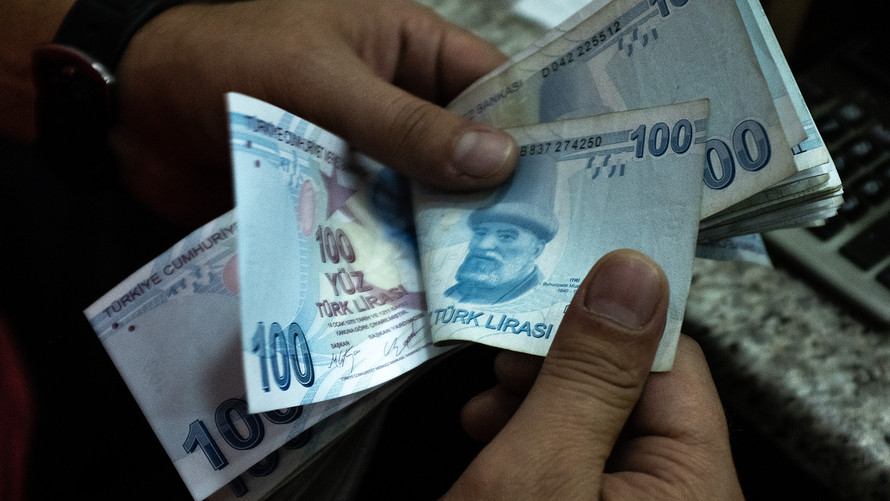 One U.S. dollar fetched as many as 7.37 lira (XTUP:USDTRY)  earlier Friday, according to FactSet, amounting to a record low for the Turkish currency against the greenback. The lira has since bounced off the low, trading near 7.20 to the dollar in recent trade. The dollar is up more than 21% versus the currency in the year to date.

Elsewhere, the analysts noted that Turkey’s weight in emerging market equity indexes has diminished significantly, standing at just 0.35% of the MSCI Emerging Markets Index (MSCI:XX:891800) , which is tracked by the popular EEM ETF (PSE:EEM) , versus around 1.05% in January 2018.

“Problems in one mismanaged EM usually portend weakness in others, and South Africa fits the bill,” they said, noting a 19% drop in foreign holdngs of South African bonds year to date alongside a drop in the rand (XTUP:USDZAR) .