Why investors are fretting over the Trump-Xi meeting 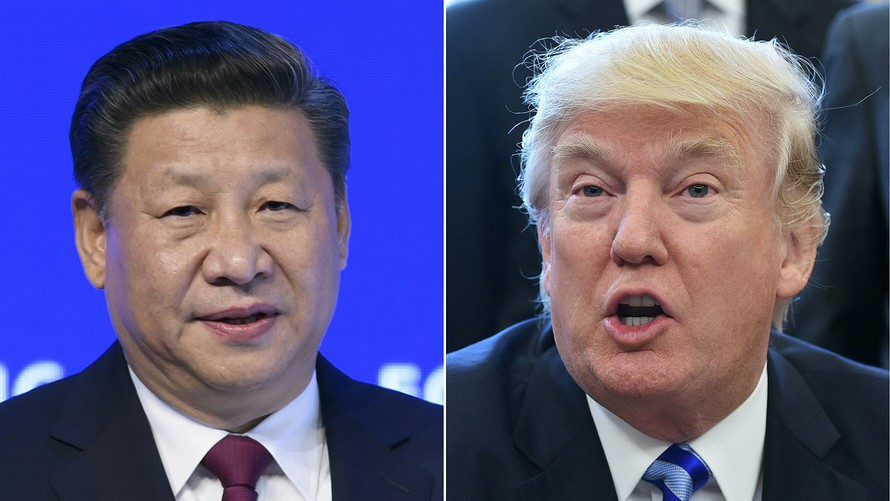 It takes a lot to overshadow a monthly unemployment report, but investors appear to be as focused on the start of a two-day meeting between President Donald Trump and Chinese President Xi Jinping that gets under way Thursday, as they are on this week ‘s eagerly anticipated March jobs data.

It appears Trump will head into the meeting ready to take China to task over trade policy, while Xi is expected to offer, if not concessions, a grab bag of investment promises and other measures that Beijing hopes will be enough to at least ratchet down tensions.

See: Why even a Trump victory in trade talks with China won’t dent the trade deficit

The danger is that the meeting ends in acrimony, potentially spooking financial markets

The reason why should be clear to anyone with the faintest memory of Trump’s presidential campaign, in which bashing China as a ruthless competitor willing to manipulate its currency to steal U.S. markets and jobs was often a focus.

In one of many examples, Trump told a campaign rally in Indiana last May: “We can’t continue to allow China to rape our country and that is what they’re doing. It’s the greatest theft in the history of the world.” Here’s a video of those comments below:

The rhetoric hasn’t been quite as red hot since Election Day. The Trump administration has yet to follow through on his promise to officially declare Beijing a “currency manipulator”—something Trump had said he would do his first day in office—or slap punitive tariffs on imported Chinese goods.

But relations, while improving on the rocky start that followed Trump’s election victory, aren’t quite warm and fuzzy. On Twitter last week, Trump said he expected his first meeting with China’s president to be a “very difficult” discussion because the U.S. can no longer deal with massive trade deficits and job losses.

Jitters over the meeting were blamed for an indecisive tone in stocks earlier this week. The S&P 500 index /zigman2/quotes/210599714/realtime SPX -0.03%  reversed course to end lower Wednesday, with a weekly decline of 0.4% in sight.

Currency issues are at the top of the list after Trump told the Financial Times earlier this week (paywall) that China remained a “world champion” at currency manipulation. The currency charge goes to the heart of Trump’s trade-fueled China rhetoric, based on the notion that Beijing is artificially holding down the value of the yuan to make its exports more competitive—at the expense of U.S. and other firms.

But while China’s currency was long and widely viewed as undervalued, that is no longer the case. For a number of years, Beijing allowed the yuan /zigman2/quotes/210561991/realtime/sampled USDCNY 0.0000% to appreciate and, as MarketWatch’s Joseph Adinolfi notes, it has also strengthened this year.

See: Trump’s meeting with China’s Xi could have a lasting impact on the dollar

Moreover, if China were to allow the currency to float freely, it would almost certainly drop, said Simon Webber, lead portfolio manager for global and international equities at Schroders. A sharp drop in the value of the yuan would have adverse ramifications not just for trade but for global growth, something the Trump administration presumably doesn’t want.

A sudden bout of market jitters would also be expected to be a positive for traditional havens, analysts said, like gold and Treasurys.

For his part, Xi isn’t expected to show up at Trump’s Mar-A-Lago estate in Florida empty-handed. Analysts expect him to take a page—and then some—out of Japanese Prime Minister Shinzo Abe’s book by pledging investment in the U.S. or announcing orders for big-ticket items and similar commitments.

Trump, meanwhile, is seen as likely to reaffirm support of the “one-China policy.” He could also repeat language U.S. Secretary of State Rex Tillerson used last month to describe the basis of the U.S.-China relationship as “non-conflict, non-confrontation, mutual respect, and win-win cooperation,” the same language Xi has used in the past. Some diplomats fear China views use of the language as an agreement to steer clear of issues such as Taiwan and the South China Sea.

For Xi, there is an incentive to avoid ratcheting up conflict ahead of the Communist Party’s 19th National Congress this fall. But at the same time, Xi can’t afford to look weak, analysts said.

While China “might be able to appease Trump with promises of further liberalization and increased openness to trade into China, it is highly uncertain whether the Chinese president is willing to offer sufficient concessions to convince Trump. Failure to come to a mutually-beneficial understanding could mark the start of US-China trade frictions and uncertainty in markets,” said Elwin de Groot, head of macro strategy at Rabobank, in a note.