A hawkish tone could catch investors by surprise: Bank of America 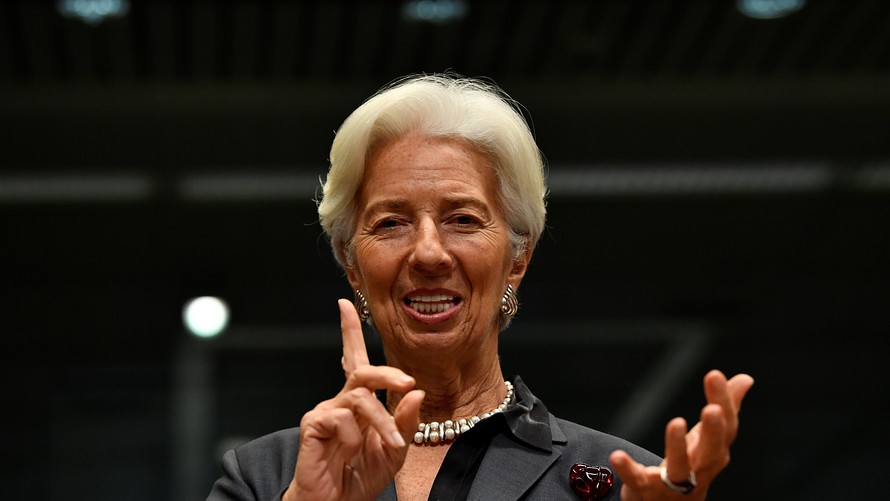 Nobody expects any policy changes when European Central Bank big shots meet Thursday, but Christine Lagarde could still drop some worthwhile hints about the path ahead.

Indeed, economists at Bank of America contend market participants have largely ignored relatively hawkish minutes from the ECB’s December meeting, which showed worries among some officials over the potential adverse side effects of negative interest rates, and could get caught snoozing as they look ahead to the launch of central bank’s strategic review.

Confidence in the region’s outlook was already improving in December, before the U.S.-China trade deal and the U.K. elections that helped further remove uncertainty, the economists said. And “green shoots” in the economic data and the potential for further upside in core inflation could spark talk about shifting the balance of risks facing the eurozone from tilted to the downside to “neutral” fairly soon.

“We will listen to ECB President Lagarde very carefully about the balance of risks, timeline and aim of the strategy review,” they wrote. “And we would not be surprised if, after the press conference, ECB sources and individual Governing Council member communication add some nuggets that challenge the view (and market pricing) that the ECB is on autopilot this year.”

Other economists see no reason for Lagarde, who took over the helm of the ECB from Mario Draghi late last year in the wake of a controversial September policy easing decision that exposed divisions among policy makers.

“The increase in inflation at the end of last year means that there is no urgency to ease policy further, but equally there is no prospect of tightening policy anytime soon. For now, Ms. Lagarde should therefore be able to enjoy her honeymoon period without having to worry about immediate policy decisions,” said Andrew Kenningham, chief Europe economist at Capital Economics, in a note.

Kenningham said Capital Economics hasn’t changed its forecast for the ECB to further loosen policy this year despite a “more balanced” outlook on risks. It now expects the ECB to cut its deposit rate from -0.5% to -0.7% in September, versus its previous forecast for a March cut in the deposit rate. That’s versus a consensus forecast for a small rise in the deposit rate by the end of next year. It also expects September to bring a boost in monthly asset purchases from €20 billion to €30 billion, with the additional purchases made up of corporate bonds.

As for Thursday, however, he said even expectations that the ECB will offer more details on the timetable for its monetary strategic review could be disappointed, since the central bank’s largely reconfigured executive board hasn’t had much time to discuss it.