Why it’s hard to hold corporate executives accountable for crime 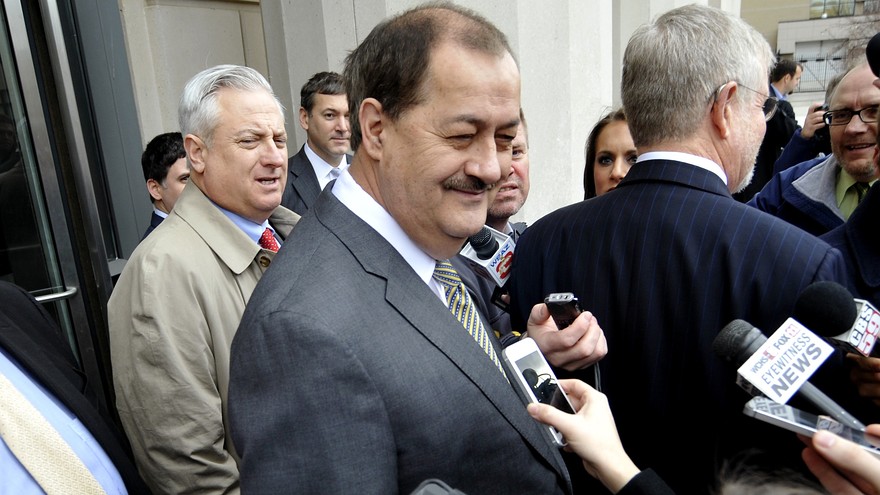 Former Massey Energy CEO Don Blankenship was found guilty last week of a criminal conspiracy “ to willfully violate mandatory mine safety and health standards .” With a paper trail that connected Blankenship directly to the knowledge of hundreds of mine-safety violations, the jury nevertheless absolved him of his alleged campaign to mislead federal mining investigators before an underground explosion killed 29 miners, in April 2010, and of fraud for the press release he approved, after the fact, stating, “we strive to be in compliance with all regulations at all times.”

The underlying laws were written in a way that means the conspiracy count—accusing Blankenship of fostering a death trap in the Upper Big Branch mine—amounted only to a misdemeanor, with a penalty of up to a year in prison. In contrast, lying to federal investigators and the Securities and Exchange Commission (counts on which he was acquitted) could have meant incarceration for decades.

The West Virginia jury’s decision underscores the difficulty of holding business executives accountable for corporate crimes even when they are plainly responsible. With Exxon Mobil (climate-change science), Valeant Pharmaceuticals   (pricing and distribution) and Volkswagen Group (environmental engineering and subterfuge) now in the crosshairs of state or federal investigators, the standard for convictions in white-collar cases might soon become higher yet.

The Kansas billionaire Charles Koch and the conservative Heritage Foundation in Washington are promoting legislation that would require federal prosecutors to prove a white-collar criminal defendant’s knowledge of the charging law—and his or her intent on breaking it—in order to obtain a conviction. This is part of a larger campaign against supposed “overcriminalization” in the United States federal code, according to the Koch Industries CEO and others.

“Congress creates, on average, more than 50 new criminal laws each year. Over time, this has translated into more than 4,500 federal criminal laws spread across 27,00 pages,” wrote Koch and his general counsel, Mark Holden, earlier this year. Two Republican presidential candidates, Sens. Ted Cruz and Marco Rubio, jumped on the bandwagon. Cruz, a former Texas solicitor general, decries an “ overcriminalization epidemic ” and argues that Congress should convert “regulatory crimes into civil offenses.” Rubio, a graduate of University of Miami’s law school (which takes pride in tax and estate planning), accuses Congress of delegating “new criminal lawmaking authority to unelected regulators ” whom it “must rein in.”

Of course, as I’ve written, federal white-collar crime prosecutions were at a new low in fiscal 2015. The caseload declined 12.2% from a year earlier and was 17.1% below the 2010 total, according to the Transactional Records Access Clearinghouse at Syracuse University. The sharpest drop in prosecutions was in mail fraud, a charge frequently brought against white-collar defendants.

“People die for preventable reasons every day in America, and the vast majority of corporate managers responsible for such episodes escape even a hint of criminal charges,” says Steinzor, listing as examples the Massey Energy mine collapse; the 2005 explosion at a BP refinery in Texas City that killed 15; the Peanut Corporation of America’s 20008 shipment of peanut paste contaminated with salmonella, from which nine people died; the Deepwater Horizon tragedy in 2010 that killed 11 and released 210 million gallons of crude oil into the Gulf of Mexico; and the New England Compounding Center’s sale in 2012 of 17,000 vials of steroids tainted by fungal meningitis, resulting in 741 illnesses and 64 deaths in nine states.

In September, a federal judge sentenced former Peanut Corporation of America owner Stewart Parnell and three others to lengthy prison terms, and signaled this month that the defendants still must make restitution to the victims.

And next April, a federal court in Boston will hear murder, racketeering, mail fraud and other criminal charges against the owner and chief supervisory pharmacist of the New England Compounding Center. However, Steinzor argues that Congress passed “a shockingly weak new law” in response to the meningitis outbreak that invites custom pharmaceutical blenders—“compounders”—to voluntarily register with the Food and Drug Administration, thereby triggering an obligation to pay user fees to pay for their oversight, and periodic inspections.

The bigger issue looming in white-collar criminal justice is the legislative initiative to conflate overcrowding in federal prisons—which even supporters say arises predominantly from the incarceration of non-violent drug offenders—with the proposed imposition of higher evidentiary standards to convict well-lawyered business executives under a concept known as mens rea, or “the guilty mind.”

“Mass incarceration of drug offenders has absolutely no relationship to the plight of white-collar criminals, and it’s appalling to me that the Koch brothers and their allies are trying to combine sentencing reform with white-collar crime. They should be ashamed of themselves, as should Republicans in Congress who are pushing their agendas,” says University of Michigan law professor David Uhlmann, a former head of the Justice Department’s Environmental Crimes Section.

“The problem with the mens rea proposal,” Uhlmann says, “is that its ultimate goal is to make ignorance of the law a defense to white-collar crime. It’s not a defense to any other form of criminal activity, so why it needs to be a defense to white-collar crime is beyond me. The bottom line is we want corporations across America to know their legal obligations; not to incentivize them to plead ignorance about essential public health, safety, food, drug and environmental requirements.”

I asked Uhlmann, Steinzor and University of Virginia law professor Brandon Garrett, author of Too Big to Jail: How Prosecutors Compromise with Corporations, for their assessments of the Blankenship verdict in West Virginia, and to handicap the likelihood of criminal actions being brought against Exxon, VW and others.