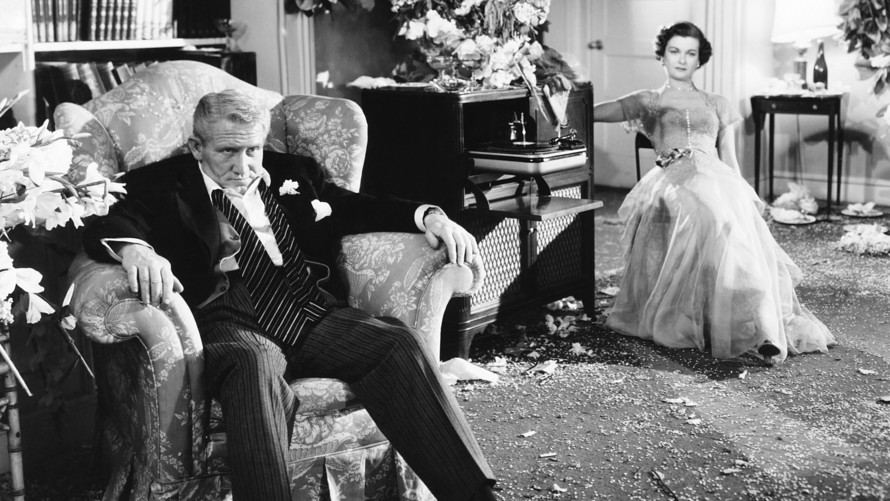 For almost a decade, it’s been extremely difficult to lose money in the U.S. stock market. Over the next decade, it could be hard to do anything but, according to analysts at Morgan Stanley.

The outlook for market returns has precipitously worsened in recent months, with analysts and investors growing increasingly confident that the lengthy bull market that began in the wake of the financial crisis could be, if not coming to a close, petering out. More market participants view the economy as being in the late stage of its cycle, and a recession is widely expected in the next few years. All of that could result in an equity-market environment that’s a mirror image of recent years, where gains were pretty much uninterrupted, and volatility was subdued.

“2018 is seeing multiple tailwinds of the last nine years abate,” Morgan Stanley analysts wrote in a report to clients that was entitled “The End of Easy,” in reference to the investing environment. “Decelerating growth, rising inflation and tightening policy leave us with below-consensus 12-month return forecasts for most risk assets. After nine years of markets outperforming the real economy, we think the opposite now applies as policy tightens.”

Don’t miss: After 10 fat years for stock investors a lean decade is looming

As part of its call, Morgan Stanley reduced its view on global equities to equal weight, saying they were “in a range-trading regime with limited 12-month upside.” It raised its exposure to cash, following Goldman Sachs, which last week upgraded its view on the asset class on a short-term basis.

U.S. gross domestic product grew at an annualized 2.3% in the first quarter, below the 3% average of the previous three quarters, as consumer spending hit its weakest level in five years. While slowing growth isn’t the same as a contraction, the data added to concerns that a period of synchronized global growth was coming to a close. According to a BofA Merrill Lynch Global survey of fund managers in April, just 5% of respondents expect faster global growth over the coming 12 months, compared with the roughly 40% that did at the start of the year.

One of the primary reasons for Morgan Stanley’s tepid view revolves around central bank policy, which investors have increasingly cited as a primary risk factor. The Federal Reserve in particular is moving away from an accommodative monetary environment. The U.S. central bank has been gradually shifting its monetary policy in two significant ways: raising interest rates and reducing the size of its balance sheet. Low rates and the Fed’s bond-buying program are seen as major contributors to the equity market’s massive rally over the past decade, and losing them could lower or remove a floor that has limited equity losses for years.

“These cyclical and structural headwinds are quite the one-two punch,” Morgan Stanley wrote, adding that rising interest rates and a possible change in the economic cycle raised “the risk of a turn that would suggest strategically depressed returns.” Earlier this year, the investment bank said that expectations for future returns were at an 11-year low, or at their weakest level since before the financial crisis.

Learn more: Why the Fed is ‘Public Enemy No.1’ for the stock market

Also: Get ready for brutally weak market returns over the next decade

Howard Wang, the co-founder of Convoy Investments, called the Fed’s ballooning balance sheet “the fundamental driver of asset prices over the last decade.” He provided the chart below, which compares the growth in the U.S. money supply against the long-term return of all assets, including global equities, bond categories, real estate, and gold. 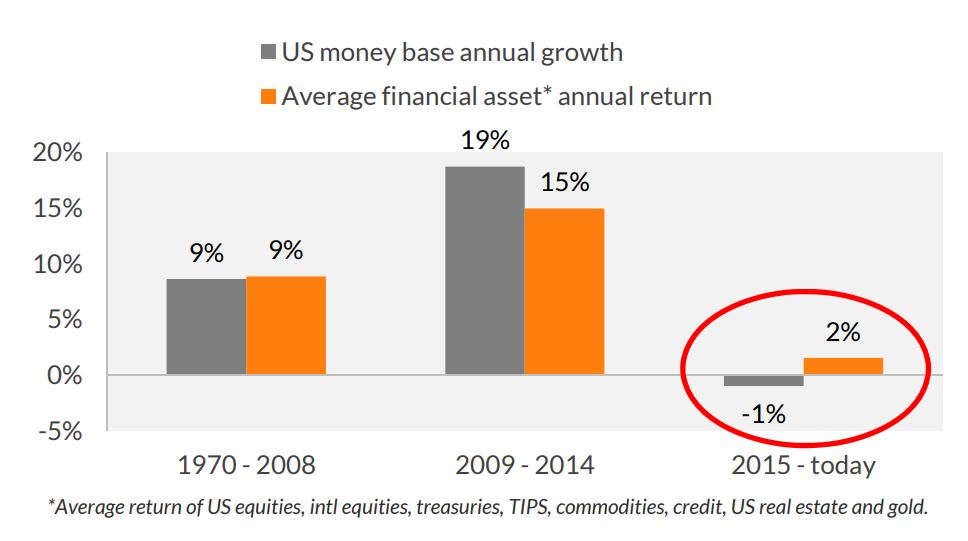 “I believe the trend of shrinking money supply in the system will continue for some time to come,” Wang wrote. “This adjustment is a painful but necessary process for healthier markets and economies.”

So far this year, the U.S. stock market has mostly traded in a tight range. After rallying in January, both the Dow Jones Industrial Average /zigman2/quotes/210598065/realtime DJIA -0.03%  and the S&P 500 /zigman2/quotes/210599714/realtime SPX -0.25%  swiftly fell into correction territory, where they have remained ever since—their longest such stretch since the financial crisis. Thus far this year, the Dow is up less than 0.1%, while the S&P is up 1.6%.

Read more: The result of all the volatility in 2018’s stock market: Nothing