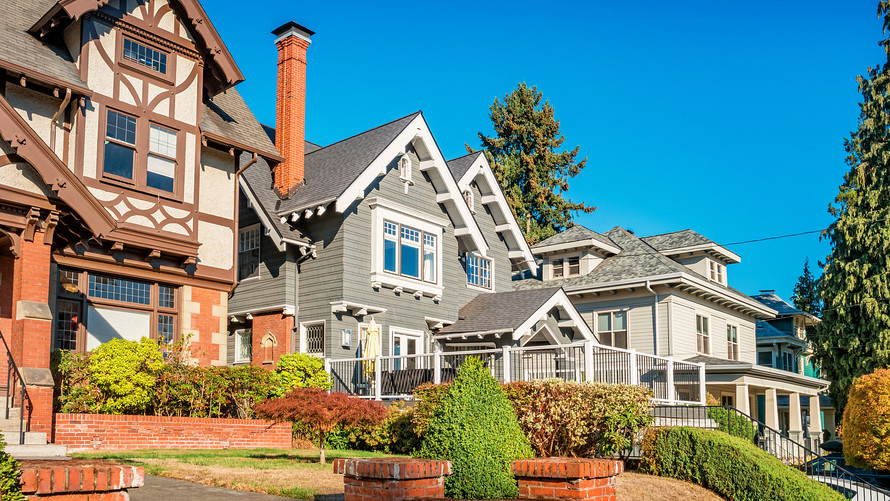 Getty Images/iStockphoto
Houses in the Portland, Ore., area show a 35.5% decrease in competition in the first week of fall.

The week of Sept. 22 is the best time to buy a home in the U.S., according to data released Thursday by Realtor.com. Forty-one out of 53 markets in the U.S. reported that buyers see significantly less competition and greater inventory during this time.

Many people list and buy their homes from early spring through the summer, said George Ratiu, senior economist at Realtor.com. By fall, most families with kids want to be settled into the school system, so markets see a decrease in activity.

In general, buyers face 26% less competition across all markets while inventory increases by 6.1% during the first week of fall, compared to the average week of the year. These effects are most notable in the West, where buyers see 29.6% less competition, followed by the Midwest (28.5%), the Northeast (28.2%) and the South (26.2%).

Ratiu said that the West is seeing a boom in new construction, which has produced an influx of homes above $200,000. “A lot of new homes are not really geared toward entry-level buyers,” he said.

People are buying up the entry-level homes on the market, which leads to a decrease in inventory below $200,000, while new construction adds to the luxury inventory, he said. “There [are] a lot of opportunities for luxury buyers,” he added.

On the market level, the data shows that Portland-Vancouver-Hillsboro, in the Oregon-Washington market, saw a 35.5% decrease in competition, followed by Buffalo-Cheektowaga-Niagara Falls, New York (-34.6%); Milwaukee-Waukesha-West Allis, Wisconsin (-32.8%); and Minneapolis-St. Paul-Bloomington, Minnesota-Wisconsin (-32.6%).

As a result, during this “Black Friday” week, 5.8% of listings nationwide see price cuts, making them, on average, 2.4% less expensive than during their peak. This effect is still the most noticeable in the West, where homes on the market see an 8.6% reduction — to 4.6% lower than their peak — followed by the Midwest, the South and the Northeast.

This report originally appeared on MansionGlobal.com.