Why Republicans are rooting for the Kansas City Royals

Like many investment theories, the World Series Predictor is supposed to show a link between two events

CHAPEL HILL, N.C. (MarketWatch) — Unless the Kansas City Royals can win the next two games of the World Series, look for the Democrats to do unexpectedly well in next week’s mid-term elections.

That’s because of a little-known indicator that used to have a large following. According to the so-called World Series Predictor, Republicans should do especially well on Election Day if the American League team — this year, the Royals — wins the World Series. In contrast, a win by the National League team — the San Francisco Giants this year — supposedly bodes well for the Democrats. 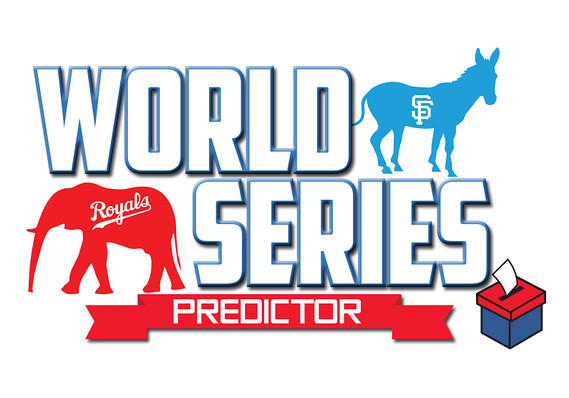 MarketWatch illustration
Some believe in the World Series Predictor, but statistics prove it’s flawed. The same could be said of many stock market indicators.

Don’t laugh. The Predictor has no worse a track record than most other indicators. Its success rate is just as good as the famous Super Bowl Indicator, for example.

OK, you can laugh all you want. Most indicators that investors pay attention to have no statistical validity whatsoever, including the Super Bowl Indicator. So I’m damning the World Series Predictor with very faint praise when saying that it has no worse a track record than other indicators.

Consider the World Series Predictor’s track record in forecasting presidential elections. In the 24 elections since 1920, it has been correct 17 times — for a success rate of 70.8%. While that might seem better than a coin flip, it isn’t. A simple bet that the market would rise each year would have been right 68.1% of the time since 1920. As a result, the Predictor’s success rate does not satisfy traditional standards of statistical significance.

As readers of this column know, I am a big fan of subjecting alleged stock market indicators to statistical scrutiny. Most I report on are worthless. I’m sure I have developed a reputation of being unduly skeptical, but a recently published National Bureau of Economic Research (NBER) study finds that, in fact, I’ve been too lenient.

That’s because the traditional approaches I have employed when determining statistical significance don’t take into account the myriad other indicators that were also studied during the process of “discovering” the one or two that appear to work, a process known as “data mining.” Professor Campbell Harvey of Duke University, one of the authors of the NBER study, said in an interview that, because of this extensive data mining, “we need to raise the threshold for declaring an indicator ‘significant.’” Traditional methods “lead to too many false positives,” he said — results that appear to be significant but aren’t really.

How many hypotheses were tested when coming up with the World Series Predictor, the Super Bowl Indicator or any of the myriad other indicators that keep all of us so busy? Though it’s impossible to know how many hypotheses, it is undoubtedly huge — which raises the bar that much higher over which an indicator must jump to be declared statistically significant.

And it’s not just sports-crazed investors who are guilty of this data mining. There are thousands of Ph.D. candidates every year trying to find some previously unknown pattern whose discovery will help get them jobs on Wall Street. In addition, millions of investors armed with PCs and extensive historical databases are constantly combing through data in search of something that correlates with the stock market’s every squiggle — not just traditional variables like P/E ratios and interest rates but more esoteric phenomena such as sunspots and tea leaves.

This new study serves as a powerful reminder that you should be skeptical every time you hear about some new indicator with an “uncanny” track record. A good default assumption is that it’s worthless.

Few in the investment world like to admit that this is true, though many privately do so. One courageous adviser who was willing to do so publicly was the late Harry Browne, the investment-newsletter editor who became the Libertarian Party’s candidate for president in the 1990s. In his book “Why the Best-Laid Investment Plans Usually Go Wrong,” Browne pleaded with readers not to bet all or nothing on any one adviser, no matter how good his record, or any surefire market-timing system that allegedly “can’t” go wrong.

Browne argued: “Almost nothing turns out as expected. Forecasts rarely come true, trading systems never produce the results advertised for them, investment advisers with records of phenomenal success fail to deliver when your money is on the line, the best investment analysis is contradicted by reality. In short, the best-laid investment plans usually go wrong. Not sometimes, not occasionally — but usually.”

Browne’s advice was to invest in a basket of asset classes, each one of which has a low correlation with the others. As a result, when any one of the asset classes is performing poorly, there is a good chance that the others will at least be holding their own, if not actually appreciating in value. Browne coined the name “permanent portfolio” to describe this approach, since it makes no changes other than periodic rebalancing.

Browne’s idea eventually manifested itself in a mutual fund, the Permanent Portfolio Fund /zigman2/quotes/205061618/realtime PRPFX +0.18% . Though the fund by design will hardly ever be at the lead of the short-term performance sweepstakes, it should be an above-average performer in the long run. Over the past 15 years, for example, the fund has produced an 8.5% annualized return, according to Morningstar, compared with 4.8% for the S&P 500 /zigman2/quotes/210599714/realtime SPX +1.06% .

Mark Hulbert has been tracking the advice of more than 160 financial newsletters since 1980. Subscribe now to MarkÃ¢ÂÂs premium newsletters and get 30 days free.