Major global markets are enjoying a boomlet in the first three months of 2019, in part because central banks of developed countries are reluctant to unwind easy-money monetary policies 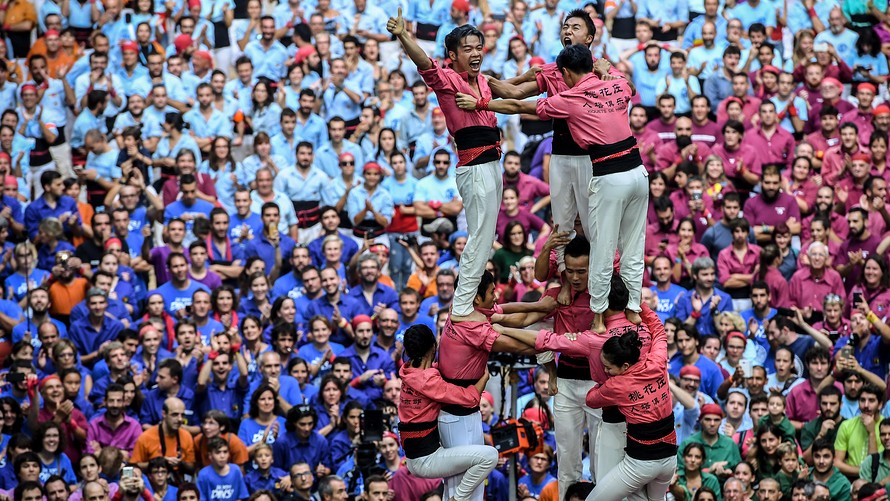 Major global markets are enjoying a boomlet in the first three months of 2019, underpinned at least in part by central banks of developed countries that have expressed reluctance to unwind easy-money monetary policies that have become a feature of global economies in the aftermath of the 2008-2009 financial crisis.

Meanwhile, China’s Shanghai Composite Index /zigman2/quotes/210598127/delayed CN:SHCOMP +0.50% , as Chinese financial ministers have been wrestling with an economic slowdown and a persistent tussle over tariffs with the U.S., has risen 21.2% in the first three months of the year. That marks its best return to this point in a year — the first 48 sessions — since March 18, 2009, according to Dow Jones Market Data.

Domestically, U.S. equity benchmarks have shaken off an ugly 2018 that was highlighted by the worst decline in the session before Christmas Eve on record, to stage their own precipitous climbs.

All of that winning provides an interesting set up for the Federal Reserve’s two-day meeting set for March 19-20.

Investors think there is a greater chance Jerome Powell’s central bank will end up cutting rates over the next year than raising them, according to the CME Group’s data . And amid further signs that sluggishness abroad is beginning to seep into the U.S., coupled with the still-unresolved trade conflict, investors are betting that the Fed will continue to remain patient on policy, fostering a potentially bullish environment for assets perceived as risky.

The U.S.’s central bank meeting comes just after the European Central Bank announced plans a week ago for a fresh batch of cheap long-term loans for financial institutions and downgraded its outlook for economic growth in the eurozone, an acknowledgment of sluggish expansion in the region.

Read: Fed doesn’t want anyone paying attention to the dot plot, but here are 3 things investors won’t want to miss

“The Fed is on pause and we don’t expect any major change to Fed Policy next week,” Ryan Detrick, senior market strategist for LPL Financial, told MarketWatch. “But we do wonder if they will follow Europe’s lead and lower GDP expectations as the global slowdown continues.”

Jamie Cox, a managing partner at Harris Financial Group, said recent data, including a reading of industrial production on Friday, have helped to justify the Fed’s decision to pivot from what was perceived as a more aggressive path of rate increases last year due to its current wait-and-see stance.

“Most of the incoming data of the first quarter has not been that great but it is indicative of a slowdown — a large reason why the Fed has backed off its tightening stance,” Cox said to MarketWatch.

Cox is betting that the more accommodative central bank posture provides a healthy backdrop for stocks even if corporate earnings begin to disappoint on a comparative basis.

The Fed policy decision also will feature a news conference with Powell a half-hour after the release of the central bank’s updated statement at 2 p.m. Eastern Time.

Performance of stocks going forward might also depend on the U.S. dollar and how it reacts to the Fed, however.

A more subdued Powell has resulted in a dollar that has become more quiescent, with a more muted buck helping to reduce headwinds for multinational companies that do a substantial amount of business outside of the U.S. A too-strong buck, although often viewed as a signal of domestic economic vitality, can be a drag on quarterly revenue and filter into weaker corporate earnings.

Deutsche Bank strategist Michael Hsueh in a research note dated March 11 said this environment might also be a good one not just for stocks, but also gold.

“The collective delay in normalisation suggests that the tendency should be for gold to drift higher rather than lower, as the risk of a policy tightening shock appears remote,” he wrote.

Gold futures have gained about 1.6% thus far this year. A weaker buck also can provide a runway higher for commodities priced in the currency, making them cheaper for buyers using other monetary units.