Why stocks ‘not rhyming’ means you should drink local beer 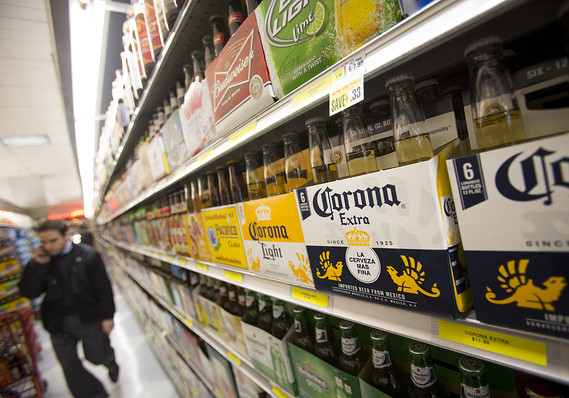 The recent market churn continues, as stocks give back Tuesday's gains. The bulls aren't scared, the bears aren't scared. There's no fear out there right now, is there? But does that even matter any more when the market doesn't "rhyme" like it used to?

I take the word "rhyme" from Todd Harrison (you know him from Minyanville and, of course, from here on Marketwatch) because that's how he put it in the latest Cody Underground podcast and on the Scutify Scuttles Network when I asked him about his outlook for this stock market.

He said to me, "The market used to rhyme, through the interplay of technical analysis, fundamental analysis, psychology and the structural influences of [policy/economy]." Another of those was how influential the central banks had become on the stock market. The FTC and Department of Justice in this country used to be a "balance of power" as Todd put it. But they aren't anymore.

Believe it or not, but the same concept applies to the beer industry. So, maybe we should all just buy beer stocks because mergers have erased any balance of power there, and prices and quality are about to go in opposite directions, which will be very good for beer shareholders, but very bad for consumers. The giant corporations of the world are more powerful and positioned to profiteer in “robber baron” kinds of ways than ever before.

So it's okay to let two beer companies, through mergers, control more than three-quarters of the world’s beer market, but it's not okay to let Staples  and Office Depot /zigman2/quotes/204015456/composite ODP -4.01%  combine through a merger?

Check out this article about consolidation in the beer industry with facts like this:

“Anheuser-Busch and Miller obviously saw North America as the biggest hurdle to get over, as they're the top two brewers in the region, controlling 70% of the market. To ease fears over market dominance, they crafted a side deal to sell to Molson Coors (TAP) the 58% stake in the MillerCoors joint venture it doesn't already own. Molson has agreed to pay $12 billion for the global rights to the Miller brand that will launch it into the No. 2 spot, with about a 25% market share.”

Now read this article about the Staples/Home Depot merger antitrust action with quotes like this:

“The FTC sued to block the merger late in 2015, arguing that business customers would have much less bargaining power if Office Depot disappeared. ‘This deal would eliminate head-to-head competition between Staples and Office Depot and likely lead to higher prices and lower-quality service for large businesses,’ says FTC competition chief Debbie Feinstein. ‘Today's court ruling is great news for customers in the office supply market.’"

If you don't think you face higher beer prices for the exact same reason the Debbie just explained ("eliminating competition" will "lead to higher prices and lower quality" beer), I might suggest otherwise.

Anybody wonder if the beer-lobby/special-interest spending might be 100 times bigger than the office-supply-lobby/special-interest spending, thus the difference in policy from the Republican Democrat Regime and their supposed enforcement of the antitrust laws of this country? And as you can see from the crashing Office Depot and Staples stock prices on Wednesday that the market knows you want less competition so you can charge higher prices for a worse product.

Getting back to beer, the flipside of that is that the beer stocks aren't going to rhyme much any more, at least not to decades past when they actually had to compete to profit.

What it all really means for stocks

So I had an epiphany as I thought about this over a Bud Light that I'd had in my fridge for a while but hadn't gotten around to drinking. We need to accept that the policies of the Republican Democrat Regime and every other major developed nation and their central banks are pro-global-corporate. And that, as I've said for the many years now, is probably bullish for mega-cap stocks and bad for society. That contributes to the lack of "rhyme" in the stock market. And the most important point of all this: Drink local craft beer — it's the only way to fight the global beer oligopoly.

Be sure to check out Todd and myself on the Scutify Scuttles Network , or subscribe to the Cody Underground Podcast on iTunes . And drink local beer .

Get news alerts on ODP Corp. — or create your own.
Page 1