Why the alcohol-free movement is becoming fashionable 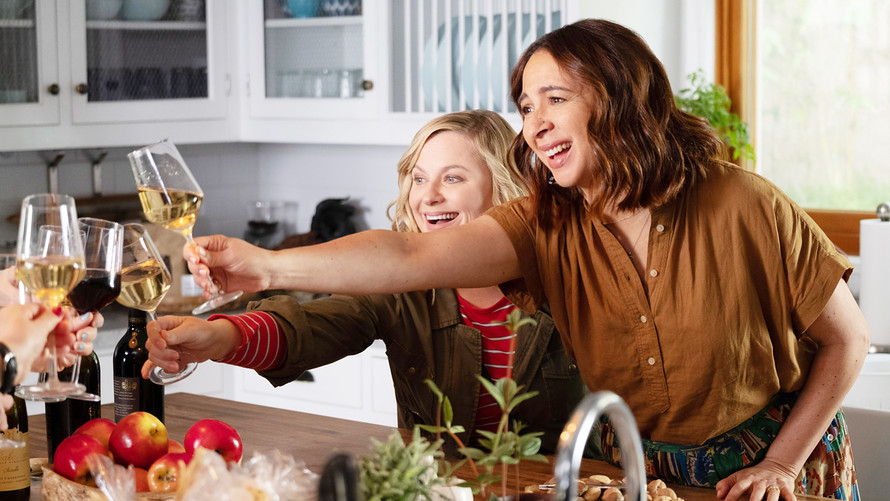 Netflix/Everett Collection
When one drink becomes two, and two become making a night of it, the limited health benefits of alcohol quickly reverse themselves.

Headlines touting the health benefits of moderate alcohol consumption are everywhere these days. Whether it’s the cardio-protective effect of any alcoholic beverage or the specific antioxidant powers of red wine, the media keeps delivering the good news: Moderate drinking (defined as up to one drink a day for women and two for men) is not only fashionable, it’s healthy.

Yet, a recent barrage of other headlines in the news and on social media suggests that it may be neither. That, combined with a growing number of Americans claiming to be part of the “alcohol-free” or “sober-curious” movement, might be good reasons to reassess what we believe about moderate drinking.

One drink — healthy or not?

There is an abundance of scientific literature showing a link between moderate alcohol consumption and fewer deaths from cardiovascular disease. Unfortunately, that’s where the good news about drinking ends.

The “Global Burden of Diseases, Injuries and Risk Factors Study 2016,” a meta-analysis of nearly 600 studies published in The Lancet last year, reported alcohol consumption as the seventh leading cause of death and disability world-wide. It concluded that “the level of alcohol consumption that minimized harm across health outcomes was zero standard drinks per week.”

For moderate drinkers, the biggest health hazard appears to be an increased risk of many types of cancer, with studies showing a linear relationship between the two, meaning the more you drink, the higher your risk.

However, when researchers from British Columbia looked at 87 alcohol studies and adjusted for confounding factors among nondrinkers, the overall health benefits of moderate drinking disappeared. This was also the case when former lifelong abstainers started drinking in moderation during middle age.

In both studies, deaths from cardiovascular disease were lower among moderate drinkers, but all-cause mortality remained unchanged. They had simply died at higher rates than nondrinkers from other causes.

Additionally, a 30-year observational study of 550 participants, published in 2017 in The BMJ, British medical journal, found that alcohol in any amount is bad news for brain health.

Perhaps the real trouble, though, is our inability to moderately consume a substance that impairs our mental, physical and emotional faculties.

To begin with, the standard definition of moderate drinking in the U.S. — one or two drinks a day — is pretty vague. The definition of “a drink” has changed quite a bit over the years. Twelve-ounce beers have become pints and pours of wine have grown from 5 to 6, or even 8, ounces.

Also, since mixed drinks may contain several different high-proof spirits in one glass, it’s often difficult to know whether we’re staying within those moderate-drinking guidelines. Of course, that’s if we even care to pay that much attention at all.

Don’t miss: This might be why millennials are drinking more. (Hint: they’re short and loud)

What is certain is that when one drink becomes two, and two become making a night of it, the limited health benefits of alcohol quickly reverse themselves. Both binge drinking and high cumulative consumption over time are associated with an increased risk for cognitive decline and all-cause mortality, including from cardiovascular disease, according to a  2015 study by researchers at the University of Barcelona.

The benefits of taking a break from alcohol

Though the health benefits of light and moderate drinking may be questionable, there’s no doubt about the benefits of taking a break from regular alcohol consumption.

Capitalizing on the “ Dry January ” movement in 2016, a team of London-based researchers measured a battery of biological markers on 94 moderate-to-heavy drinkers who abstained from alcohol for a month, compared with a control group of 47 individuals who continued their normal drinking.

Related: Here is a simple and healthy way to save $200 this month

At the end of just one month, the abstainers showed significant improvements in insulin resistance, body weight, blood pressure and cancer-related growth factors.

Note that this study did not include light or occasional drinkers, whose alcohol-related health risks are extremely low.

Going against the grain alcohol

If you’re a moderate-to-heavy drinker who’s thinking about taking a break from alcohol, you’re in good company. Driven by ambitious millennials who value high energy and productivity over just getting high, the alcohol-free movement is gaining membership and momentum.

“Mocktails” and zero-proof cocktails are popping up on menus everywhere. Ambitious entrepreneurs are creating nonalcoholic spirits and beers.

“The (non-alcohol) beverage category is expected to increase nationwide by thirty-two percent over the next three years,” says Jeff Hollander, CEO and co-founder of Hairless Dog Brewing, a nonalcoholic craft beer brewer in Minneapolis.

Hollander’s company, still in its infancy, is growing much faster than that, though. “We’re adding two new beer styles late this fall, and will be increasing production by four hundred percent next quarter in order to meet demand,” says Hollander.

The company, whose beers only average 80 calories apiece and whose taglines are “Party Like There’s a Tomorrow” and “0.0 Regrets,” plans to start shipping its beers direct to consumers’ homes; because they’re nonalcoholic, it can.

Of course, millennials aren’t the only ones leveling up their lives by giving up alcohol. Older Americans also are reassessing how they feel about drinking.

That’s certainly true for Pauline, 52, of Albany, N.Y., and Kathleen, 56, of Washington, D.C. (they asked that we not use their last names for privacy). Both are participants in One Year No Beer (OYNB), an alcohol-free challenge network created by Ruari Fairbairns and Andy Ramage, of the U.K. The challenge costs about $54 for a month, about $82 for three months and about $231 for a year.

Pauline and Kathleen decided to give OYNB a try because they weren’t happy with how alcohol was affecting their lives. “I went on vacation with my daughter last February, and it was a big drunkfest,” Pauline says. “After that, I knew I wanted to make a change.”

Kathleen echoes the same sentiment: “I was drinking more than I wanted because my whole social and work life kind of revolved around alcohol. I live in a building with a cocktail lounge and a bartender on duty every night of the week.”

The women recounted tales of struggle early on in their efforts to give up alcohol. They say this was primarily due to the very real social pressure to drink, but also because behavior change is hard.

A new kind of support network

Both found assistance through OYNB, which Fairbairns helped start for the same reason Pauline and Kathleen described. He says he had been drinking too much for work (he was a high-level investment broker) and felt he had to take a break.

For Fairbairns, the health benefits were immediate and striking. He lost weight, slept better and had more energy and a clearer mind. A few months in, he ran into Ramage, who had been on his own similar journey.

Says Fairbairns: “We got to comparing notes, and thought to ourselves, ‘We’ve got to share this with more people, because life without alcohol is frickin’ awesome!’”

They started OYNB as a passion project, and soon quit their jobs to work on it full time. It appears it was worth the risk. In just two years, the company has grown to 50,000 members in 90 countries.

Kathleen says she feels much better daily abstaining from alcohol. “I’m just a happier person. I feel better overall, my judgment is so much better, and I sleep so much better. I meditate now, and I have this great morning routine,” she says.

Pauline also reports positive results. “The best benefit is that I’ve gotten more brain space,” she says. “I don’t have to worry about whether I’ve said anything stupid or if I’m OK to drive. And I don’t want to cover up how I’m feeling or what’s going on. I want to be present in my life.”

And that cocktail lounge in Kathleen’s building? They’ve got mocktails on the menu now, too.

Rashelle Brown is a longtime fitness professional and freelance writer with hundreds of bylines in print and online. She is the author of “Reboot Your Body: Unlocking the Genetic Secrets to Permanent Weight Loss” (Turner Publishing). Connect with her on Twitter and Instagram  @RashelleBrownMN .