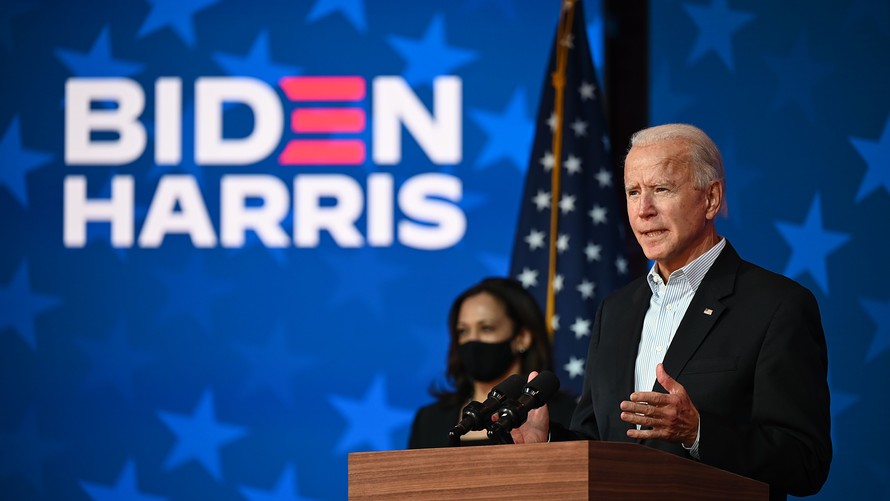 Normally I would be skeptical of the recent declarations that value stocks are finally turning the corner in their long-running battle over growth. That’s because I’ve lost track of how many similar pronouncements have been made over the last 15 years, each of which turned out to fail.

Upon analyzing the historical record, I am now willing to at least entertain the notion that value has indeed turned the corner. For starters, it’s noteworthy that this two-day 7.1 percentage point value-over-growth spread is bigger than for any other two-day period since 1994, which is how far back the S&P 500 Value and S&P 500 Growth indices extend.

In addition, there’s a good theoretical reason to believe that value’s recent good fortune is more than just a flash in the pan. According to a study that appeared earlier this year in the Journal of Banking and Finance , value stocks on average produce some of their strongest relative returns in the 100 days after a new president takes office. 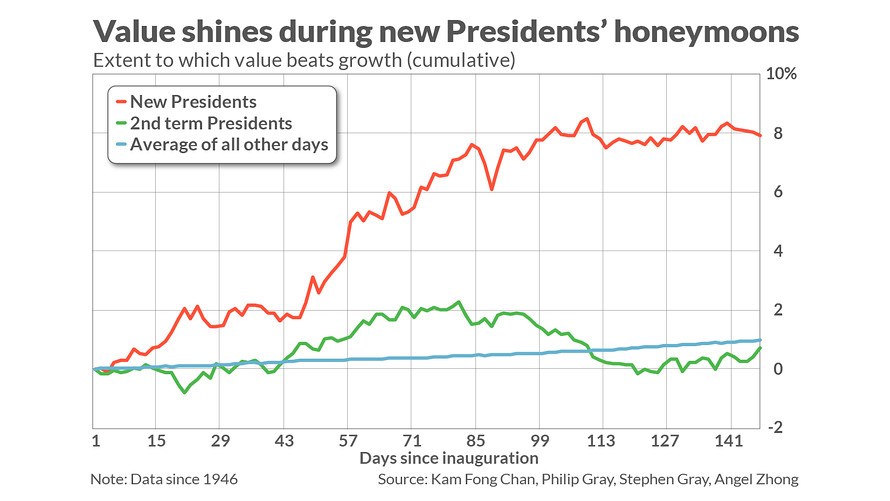 The authors focused on the relative performances of value and growth stocks from 1933 to 2015. They found that, on average, value stocks far outperformed growth stocks in the first 100 days following a president’s inauguration. The value-over-growth spread averaged 3.51% per month during these so-called “honeymoon” periods, versus 0.27% per month during all non-honeymoon periods.

This difference is “highly significant” according to traditional standards of statistical significance, the researchers report.

Investors already realize the extraordinary uncertainty that will greet President Biden on Jan. 20.

What accounts for this result? The researchers hypothesize that it traces to the “uncertainty surrounding policy direction” that is greatest right after a president takes office. This uncertainty disproportionately impacts value stocks, the researchers argue, since they are already out of favor and in- or close to financial distress. To induce investors to incur the greater risk of investing in such stocks during these periods, they therefore need to hold out the prospect of higher returns.

One confirmation of the researchers’ hypothesis came when they segregated the honeymoons that followed a new president taking office from those that followed a president’s re-election. There would be far more uncertainty in the first case than the second, and sure enough, that’s when value beat growth by the greatest amount.

You might question this research’s relevance, since this honeymoon period won’t start until Jan. 20, more than two months from now. But I have a suspicion that the stock market isn’t waiting, since investors already realize the extraordinary uncertainty that will greet President Joe Biden on Jan. 20.

This is what happened after Donald Trump was elected in 2016,. Value’s greatest margin over growth came in November and December of that year rather than after inauguration in January 2017.

There are no guarantees, of course. But long-suffering value investors can take comfort from the record margin by which value beat growth in recent days, and from the existence of a plausible theoretical rationale for why value should continue to beat growth for the next several months.

More: How to play the value-stock boomlet — while it lasts

Plus: 2 days doesn’t make a trend, say strategists. Here’s what they’re saying about tech stocks and the rotation into value