The 30-year bond yield hit an all-time low, by some reckonings, and the yield curve is narrowing 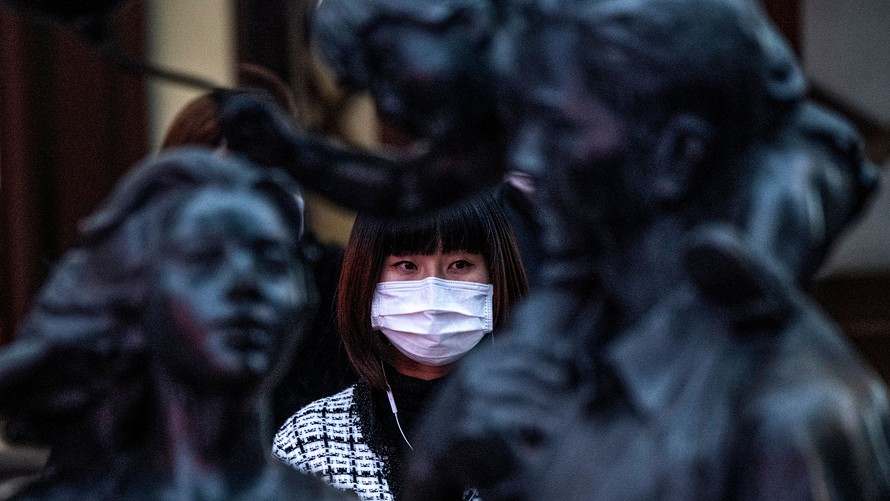 The old saw used to be that when the U.S. sneezes, the rest of the world catches a cold.

Now, a more apropos adage for market bears may be that when an outbreak of coronavirus grinds the world’s second-largest economy to a halt, the rest of the world catches a recession.

Indeed, recession fears resurfaced on Wall Street last week, even as equity markets stood not far from all-time highs, amid volatile trade that whipsawed mostly on jitters that supply chains and economies could suffer from the spread of the infectious illness that originated in Wuhan, China, known as COVID-19.

“The [coronavirus spread] definitely injects an element of uncertainty into markets for the near term and for the longer term as well,” said Yung-Yu Ma, chief investment strategist at BMO Wealth Management.

Analysts at BofA Global Research said the probabilities of a recession have increased and that is reflected in the action in yields for the 10-year Treasury note and the 30-year Treasury bond, which plunged Friday to its lowest rate on record. Investors will flee to the presumed safety of U.S. government bonds, driving yields lower, with the hope of avoiding losses that can derail riskier assets in a selloff.

BofA said a move for the 10-year below 1.4% could represent a tipping point for the market, one that raises the probability for a recession, particularly if the Federal Reserve continues to hold benchmark rates at the current 1.50-1.75% range.

Here’s how BofA’s analysts put it (see attached chart): “Indeed, breaking 1.4% in an on-hold context for the Fed creates a significant inversion of the curve, pushes recession signals higher…”

Part of the worry for fixed-income folks is the flattening of the yield curve, which traces yields across maturities from short-dated to longer term. Once flat, there is a greater potential for the curve to invert, leaving short-end debt paying out more than longer-dated obligations.

Inversions are seen as a reliable indicator of an economic downturn or recession. And one key measure of that, the spread between the 2-year and 10-year T-note yield, stood at less than 10 basis points on Monday.

For some, the reading of services activity from IHS Markit released on Friday also elevated recession concerns, which fell 4 points to 49.4. Any number over 50 signifies expansion; below 50 points to contraction.

Tom McClellan, a prominent technical analyst , said the yield curve inversion that occurred in the summer of last year is still in force and that market participants have been too dismissive of that recession signal (see attached chart): “Generally speaking, it takes about 15 months for those effects to show up in overall economic data,” he wrote in a Thursday research note.

“Last year’s yield curve inversion is still yet to be felt, and that is not even factoring the additional economic slowdown effect from the coronavirus,” McClellan wrote.

Amid all this recession talk, Gold has been on a tear. The precious metal often draws heavy bids during market uncertainty. On Monday, it extended gains, rising 1.7% to $1,676.50 an ounce after last week finishing at its highest level since 2013.

Investors couldn’t stop talking about the shiny yellow metal, even through it’s unclear if those bets will pay out over a longer term.

Even so, the Fed doesn’t yet seem inclined to lower rates to placate nervous investors. Vice Chairman Richard Clarida said the central bank is unlikely to lower interest rates given the positive economic outlook. On CNBC on Friday, Atlanta Fed President Raphael Bostic and St. Louis Fed President James Bullard appeared to be sanguine about the health of the U.S. economy, even as they watched coronavirus closely.

BMO’s Ma said that those takes may be justified because the health of the domestic economy doesn’t appear to be one genuinely signaling that a recession is afoot.

Corporate earnings for one have been mostly solid. “Q4 results came in better than expected, rising 1.6% versus the expected 2.1% decline, representing the 32nd consecutive quarter in which actuals beat end-of-quarter estimates,” said Sam Stovall chief investment strategist at CFRA Research.