The key reasons behind the stock market’s ugly October fall 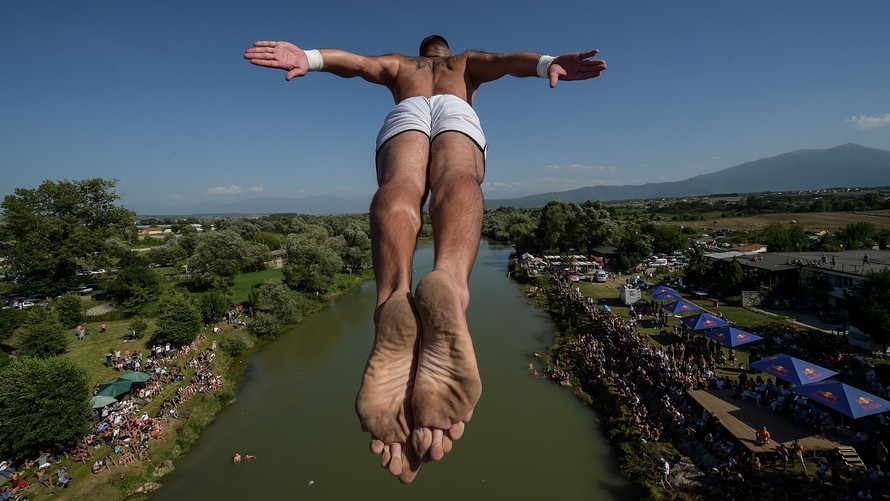 Getty Images
Markets are falling fast. But why?

A few short weeks ago the Dow industrials were on the verge of busting through another psychological milestone at 27,000.

However, all that momentum has evaporated as a sweeping downturn grips financial markets, sending the Dow Jones Industrial Average /zigman2/quotes/210598065/realtime DJIA -0.46%  tumbling more than 600 points on Wednesday and pushing the Nasdaq Composite Index /zigman2/quotes/210598365/realtime COMP -1.69% into correction territory for the first time since Feb. 11, characterized as a drop of at least 10% from a recent peak. The Dow has shed about 2,140 points, or 8%, since an Oct. 3 peak, as of Friday’s close.

Read: Stock-market investors look for a safe port in a volatility storm

The return of volatility

Well, investors have grown all-too comfortable with a market that has merely churned higher as it did in 2017, producing boffo returns without a significant bump lower.

Market pragmatists and technicians say those days were statistical anomalies to start and have come to a natural conclusion. And October, an already seasonally volatile month, has delivered the clearest sign so far that the old quiescent regime is over.

Indeed, the S&P 500 has had 15 down days so far in October, representing the highest number of losing days for the broad-market benchmark since October of 2008 when it fell 16 days, according to Dow Jones Market Data. Another down day for the month and it will mark its highest number of down days since April of 1970.

A breakdown in support levels

Last Wednesday’s losses—a particularly troublesome downturn—gained steam partly because the market has had difficulty finding support, or buyers that might step in to stem a fall. And selling that had already eroded certain levels throughout the month in financial markets—like cutting away strands from a bridge of ropes—has made the markets more vulnerable to succumbing to subsequent downturns.

“The market selloff has taken on a life of its own and selling is begetting more selling, but so far we haven’t seen a capitulation moment, so I’m taking a more cautious approach,” said Chris Zaccarelli, chief investment officer at Independent Advisor Alliance.

Capitulation refers to the point at which market optimists succumb to fears and sell their holdings as stocks convulse lower. Earlier in the year, and last year, investors supported equities by buying dips. Now, that strategy has given way to more cautious investing as declines since early October have picked up.

On Friday, the Cboe Volatility Index /zigman2/quotes/210598281/delayed VIX -6.76% , or fear gauge as it is often called, closed at 24.16, but touched its highest intraday level, at 27.52, in about two weeks, gaining 21% during the week (the chart above shows the jump on Wednesday). The VIX tends to fall when stocks rise, and vice versa, because it measures how much traders will pay for protective options on the S&P 500 in the coming 30 days. A reading of 25 is well above the index’s normal average of around 20 and above its average this year. Moreover, the VIX has climbed 100% so far in October alone. That means investors have been steadily paying for protection from a coming market downturn.

However, that VIX level may not mean that the selling is done.

“Currently the VIX is around 25, which is elevated from where we were earlier this month and well above this year’s average, but it isn’t high enough for me to feel confident we’ve hit bottom in the S&P,” said Zaccarelli, referring to Wednesday’s climb to 25.

The source of all this stock-market angst is manifold. MarketWatch has previously outlined many reasons for worry but it bears repeating: The overarching theme is that investors are concerned about slowing growth here and abroad and the impact of tariff clashes between the U.S. and China.