Why the elites are wrong about immigration, free trade and innovation

Globalization hasn’t helped the U.S. as much as economists and policy makers say it has 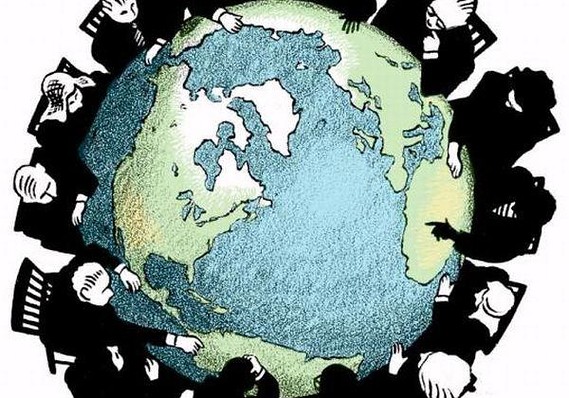 Dailyjournalist
MIT’s Erik Brynjolfsson and Andrew McAfee think that “impressive advances in computer technology … are largely behind the sluggish employment growth of the last 10 to 15 years,” according to MIT Technology Review.

Michael Hirsh had a piece in Politico last weekend that tried to explain the rise of populists Donald Trump, who now has a commanding lead for the Republican presidential nomination, and Sen. Bernie Sanders, who appears to be fading after a strong start in the Democratic race.

“For more than a generation,” Hirsh wrote, “economists, trade experts and policy makers, including both Republican and Democratic presidents, have told us that we could do little about … the brutal displacement of old industries and jobs, and that we might as well just get used to it. Indeed, we were told, the United States must lead this charge.”

“However, globalization’s advocates have plainly overstated its benefits and underestimated its hazards, including social upheaval.”

He’s definitely on to something. The belief that free trade, expanded immigration and technological “progress” at all costs are unquestionably Good Things has been the cornerstone of elite opinion around the world.

Now many, many voters are rejecting this received “wisdom,” and some prominent experts at our most elite universities are questioning whether these shibboleths still work.

Let’s go through them one by one.

1. Immigration reform. I’ll be brief here, because I wrote about this at length in December, but the gist is that contrary to elite beliefs, immigration isn’t good for all Americans and may hurt some of us quite a bit.

George J. Borjas, a leading scholar of immigration at the Harvard Kennedy School, has crunched numbers going back 60 years and found that those with the most and least education — college grads with postgraduate education and high school dropouts — are the biggest losers, while immigrants themselves and the employers who hire them reap nearly all the rewards.

But China may have been a game changer, according to a provocative new study by top labor economist David Autor of MIT, David Dorn of the University of Zurich and Gordon Hanson of UC San Diego.