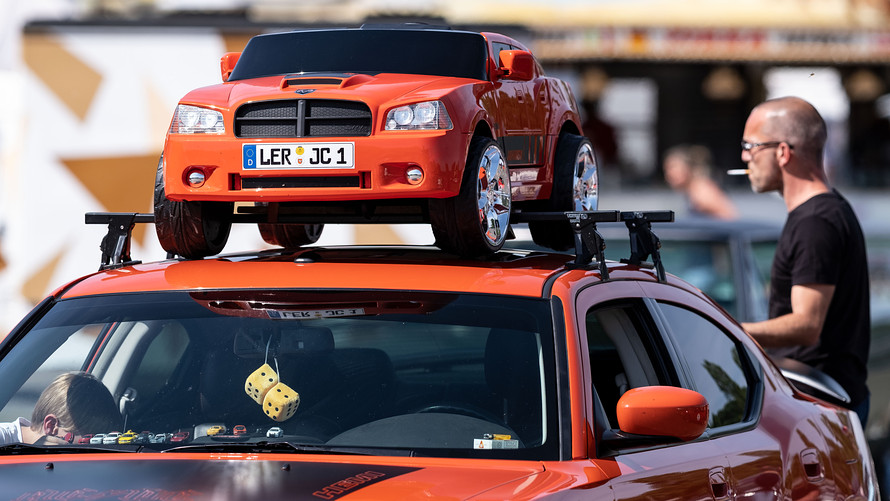 If you think you have it bad, consider those who invest in the smallest-cap stocks. Since the Feb. 19 bull market high, the tiniest stocks have lost 37.0%, versus a 22.2% loss for the largest stocks.

Lagging the biggest stocks by almost 15 percentage points over a six-week period is hardly an everyday occurrence for the smallest socks. Just how unusual is it?

To find out, I measured performance over the first six weeks of bear markets on the calendar maintained by Ned Davis Research. (I focused on just those since the late 1970s, as you can see from the chart below.) While the amount by which tiniest stocks recently lagged the biggest ones is larger than average, it is not at a record. That dubious honor is held by the bear market that began at the top of the Internet bubble in 2000: Over the first six weeks of it, the smallest stocks fell 17 percentage points behind the biggest stocks. 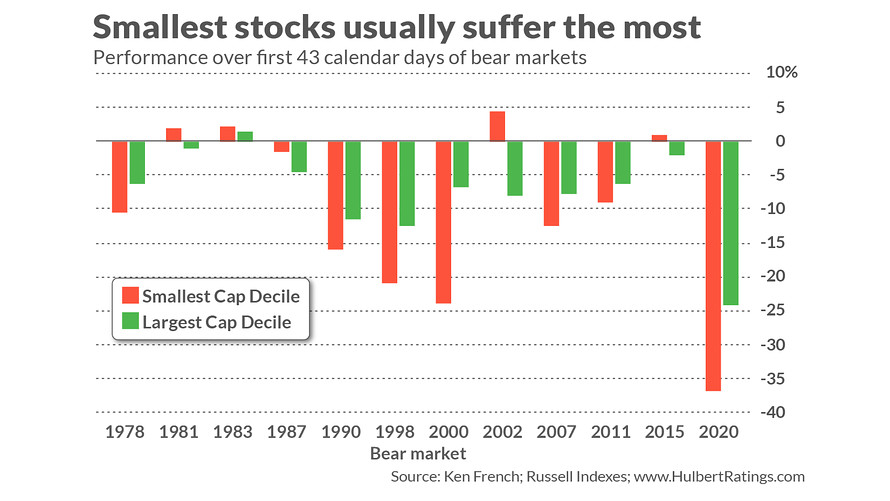 Still, the chart makes clear, the smallest-cap cohort’s recent loss relative to the largest stocks is far worse than average, which is just three percentage points.

How quickly do the tiniest stocks recover? Bad as the smallest stocks have had it, their outlook isn’t uniformly grim. There appears to be no correlation between the smallest-cap stocks’ negative alpha in the first six weeks of a bear market and how long it takes for them to eventually surpass their previous bull-market highs.

Consider the seven bear markets in the chart in which the smallest-cap decile lost money during the bear’s first six weeks. The longest recovery time was after the 2007-2009 bear market: This decile didn’t make it back to where it stood in October 2007 until January 2013 — 5.25 years later. The second-longest recovery time was following the October 1987 crash; full recovery didn’t occur until January 1992, 4.4 years later.

On average across all of these seven bear markets, this smallest-cap decile took 2.5 years to overcome its bear-market losses. If the future lives up to this average, the smallest-cap decile will be back to where it stood on Feb. 19 by the end of August 2022.

Interestingly, this 2.5-year average recovery time is slightly shorter than for broad market major declines, as I discussed in a recent MarketWatch column . For the broad market, recovery time averages just over three years.

‘Small-cap effect’ has been absent

The reason that the smallest-cap stocks historically have recovered more quickly is because, on average, they have outperformed the largest-cap stocks. Yet over the past decade or so this so-called small-cap effect has largely been absent, leading some to wonder if it no longer exists.

I discussed one theory for why it may have disappeared in another recent MarketWatch column: the emergence of the so-called “winner-take-all” economy. To the extent the economy permanently shifts in this direction, of course, the largest-cap stocks can be expected on average to perform the best.

It’s beyond the scope of this column to make a judgment as to which theory is correct. At a minimum, though, the research suggests that if you want to bet on a quick small-cap recovery, you should do so with small companies of the highest quality — as defined by factors such as high profitability and profit growth, low stock return risk and stability of earnings, and high dividend payout policy. One ETF to consider in this regard is WisdomTree US Small-Cap Quality Dividend Growth Fund /zigman2/quotes/202040007/composite DGRS -1.43%  .

Read: He nailed the March coronavirus selloff — now he says there’s another 30% to go before the stock market hits bottom

More:   ‘Quiet’ Warren Buffett has three ways to win in this market