A 9% one-day decline occurs every 9 ½ years, on average 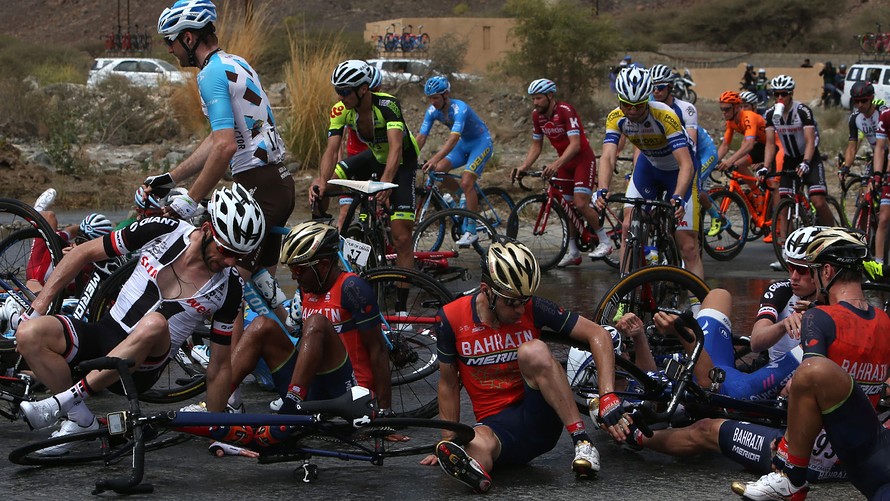 Remember? On May 6, 2010, the Dow Jones Industrial Average /zigman2/quotes/210598065/realtime DJIA -0.38%  fell by some 9% in just over 30 minutes. A subsequent report from the Commodity Futures Trading Commission described that trading session as one of the most turbulent in the U.S. stock market’s history.

It’s a shame that hardly anyone has even noted the anniversary of that fateful day, much less remembers it, since several valuable and crucial investment lessons can be learned from it.

The most important of those lessons is that market crashes — though rare — are inevitable. Those of us who fail to appreciate that are therefore shocked whenever the market hits an air pocket — like it did on Monday of this week when the Dow lost more than 600 points.

Don’t fall into that trap. Financial advisers and investors both need to take this fact of investing life into account when assessing their portfolios’ risk.

In drawing this lesson, I rely on research by Xavier Gabaix, an economics professor at Harvard University. Through extensive historical analysis of world stock markets, he derived a formula that does a remarkable job predicting the frequency of daily plunges of various magnitudes.

A 9% one-day decline, for example, is calculated to occur every 9 ½ years, on average.

Note carefully that this is an average calculated over long periods. So it’s entirely possible that Wall Street could go for decades without experiencing any drop of that magnitude — or suffer two of them within a decade. So while we can’t use Gabaix’s research to predict when another Flash Crash will occur, it’s hard not to notice that it’s been nine years since the last one. 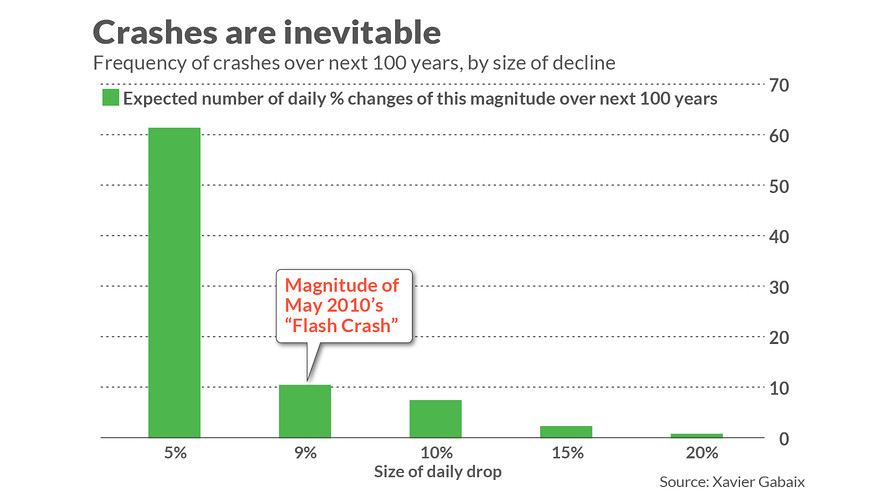 Gabaix’s finding will come as a shock to those who have comforted themselves with the belief that government regulators have figured out what caused the Flash Crash and have instituted safeguards to prevent another one. Gabaix’s research suggests that this belief represents a triumph of hope over experience.

He explains that crashes are inevitable because there will be times when a market’s largest investors will, more or less in unison, want to get out of stocks. And given that markets are globally interconnected and always open, governments are often powerless to stop those large investors from selling.

If those investors are prevented from executing their sell orders on the New York Stock Exchange, for example, they can easily go overseas, where many of the largest-cap stocks are also listed. Or they can sell stock index futures on Globex, the global electronic trading platform. Or they can turn to so-called dark pools, private exchanges that operate without any transparency.

The investment implication of Gabaix’s work: Investors need to construct portfolios with the knowledge that crashes will occasionally occur. If a crash would be intolerable, then you need to adjust your portfolio accordingly.

More: Here are the stocks to buy if an all-out U.S.-China trade war erupts, says Goldman