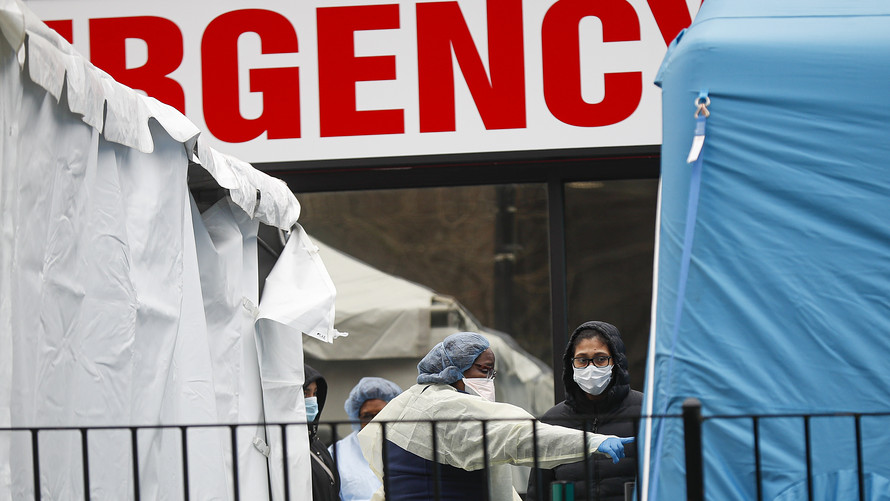 Blink and you may have missed it — the Dow Jones Industrial Average (DOW:DJIA)  is in a bull market, reached on a day when data showed a record number of people filing for unemployment benefits.

Yes, that’s right. The 21% gain in the last three days ends what was just an 11-day bear market for the blue chips.

The broader S&P 500 (S&P:SPX)  has advanced a mere 18% over three days (the best stretch since 1933), leaving it shy of the 20% advance from the low that marks the informal definition of a bull market.

John Velis, a currency and macro strategist for the Americas at BNY Mellon, isn’t convinced the market has reached a bottom. He points out that recent bear markets had plenty of powerful rallies. 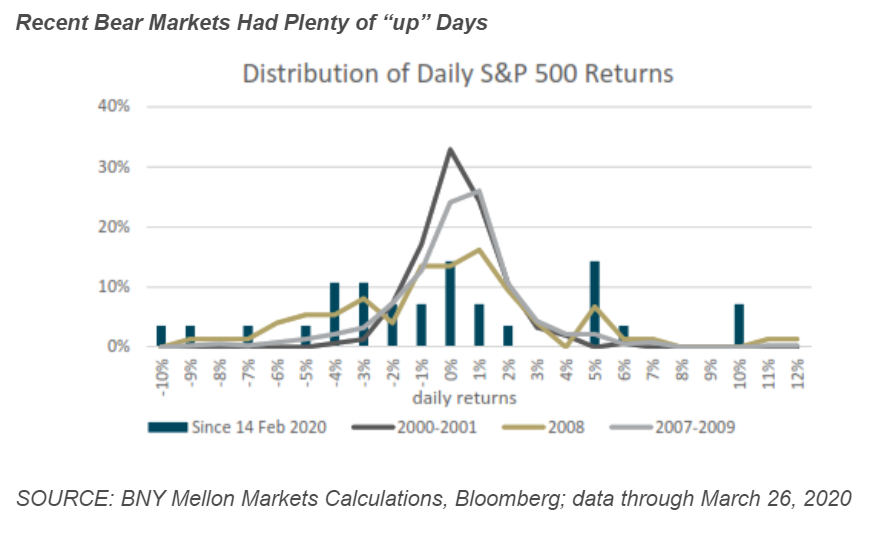 He presents two competing thoughts. “Granted, the current equity market regime has been much shorter than the previous two analogues, and the policy response — both from the Fed and the government — has been unprecedentedly swift and large,” he writes.

But he also presents a table showing what the market would look like at various price-to-earnings multiples and earnings per share estimates that show stocks could very easily slump from here.

“COVID-19 infections in the United States are still growing in number and we are not close to the peak of ‘the curve.’ Indeed, one could argue the worst is yet to come on the public health front, and this could entail ever more pain on businesses and employees — and the market,” he writes.

Eddy Elfenbein, the fund manager of the AdvisorShares Focused Equity ETF and Crossing Wall Street blogger, gives a similar warning. “As good as the last three days have been for the market, there’s a strong possibility that the bears will attack again and take back most of the gains,” he writes. He notes the S&P 500 is well below both its 50- and 200-day moving averages, that volatility (845:VIX)  is elevated and that the economy is reeling. “Bear-market bottoms are usually quiet, and it takes some time before you realize what happened.”

The U.S. has overtaken China in terms of reported coronavirus cases. The global growth rate early on Friday was 13.6%, and has now been in double digits for seven of the last eight days, according to data compiled by Deutsche Bank.

The House of Representatives is due to hold a voice vote on the $2 trillion stimulus bill passed by the Senate. Democratic and Republican leaders asked members to return to Washington, D.C. to ensure the bill’s passage by that procedure. The debate starts at 9 a.m. Eastern.

House Speaker Nancy Pelosi is starting to prepare for a fourth round of stimulus, though Republican leaders say that won’t be necessary, according to a report in Politico .

A meeting of European Union leaders, meanwhile, failed to produce a stimulus agreement.

U.K. Prime Minister Boris Johnson tested for positive for coronavirus and said he will continue to lead the government while self-isolating.

U.S. stock futures were weaker after the three-day advance, with futures on the Dow Jones Industrial Average (CBT:YM00)  down over 600 points.

The yield on the 10-year Treasury (XTUP:BX:TMUBMUSD10Y)  fell 3 basis points. 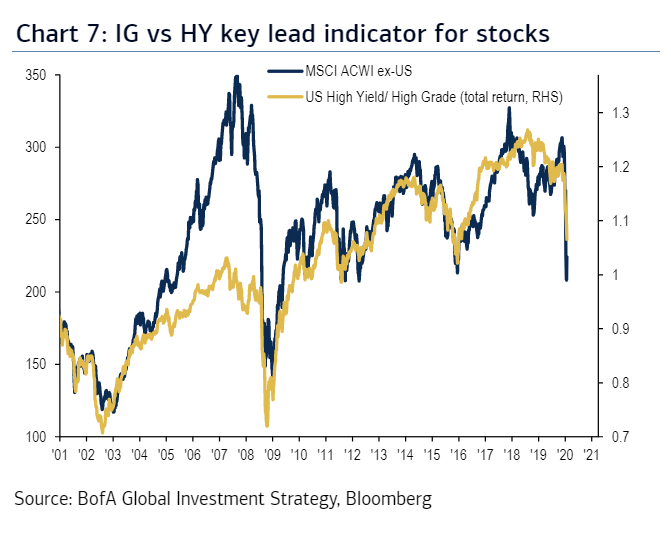 According to Bank of America, the ratio of high-yield to investment-grade bond performance is a leading indicator for stocks. That makes some intuitive sense at a time when the worry is whether companies in more precarious financial situations will be able to survive the economic downturn.

The increasingly popular videoconferencing app from Zoom (NAS:ZM)  is sending data to Facebook (NAS:FB)  without user permission, according to Vice.

The air quality in Delhi has quickly improved from the shutdown in India.

A feathered dinosaur used to live in New Mexico .