Why the oil rally is more about U.S. shale than Saudi Arabia’s output cuts

America is the world’s marginal producer, which means its break-even level is crucial to the market: Wells Fargo Investment Institute 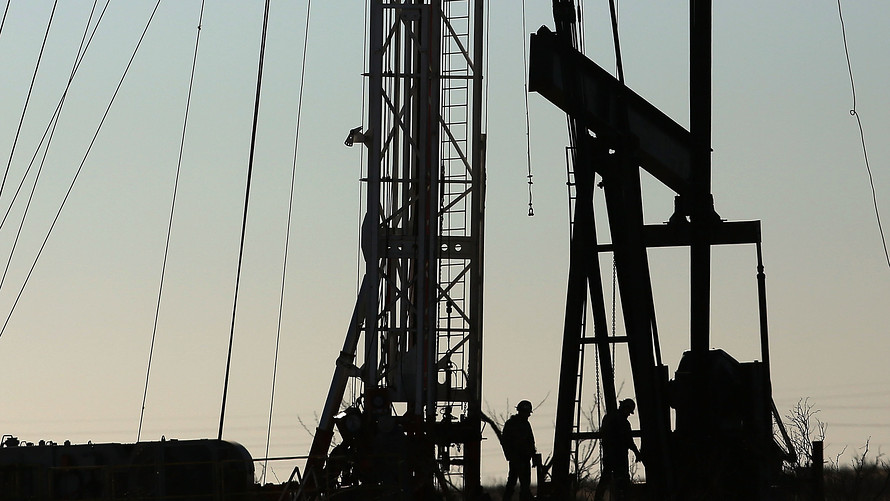 Saudi Arabia is often described as the global oil market’s “swing producer.” But the main driver for oil prices right now is coming from the world’s “marginal producer,” and that happens to be the U.S., says one commodity analyst.

But first, what’s the difference between “swing” and “marginal” production?

A swing producer is one with ample spare capacity that can ramp up or curtail production virtually at will, without regard to price, something that almost requires a command economy, said John LaForge, head of real asset strategy at Wells Fargo Investment Institute, in a phone interview Wednesday. The U.S. can’t really do that, but the Saudis can, given that its oil company, Saudi Aramco, is owned by the state.

Read : Saudi oil giant was the world’s most profitable company in 2018

The marginal producer, on the other hand, is more sensitive to price swings. It produces extra, or marginal, barrels of oil when the price is high enough to make its higher-cost wells profitable.

That’s important because commodity prices are often set on the margin, LaForge explained in a note to clients earlier this week. That means they are set “by the country that is producing that extra barrel of oil, ounce of gold, or pound of copper. In the case of oil, the U.S. is producing that extra barrel of oil for the world to consume,” he said.

While production curbs by Saudi Arabia and Russia, as part of a pact by Saudi-led OPEC and its Russian-led allies, played a role in driving the U.S. benchmark, West Texas Intermediate, from $45 to more than $60 a barrel by the end of the first quarter, the most important factor was the fear of a drop-off in U.S. shale output, LaForge said.

U.S. oil output remains at a record level but the Energy Information Administration is forecasting production to grow more slowly than the agency had previously expected. The EIA last month said it expects 2019 U.S. crude production of 12.3 million barrels a day versus its previous estimate of 12. 4 million barrels.

Year-to-date WTI futures  are up more than 37%, trading Thursday near $62.45 a barrel. The global benchmark, Brent crude  is up 29% over the same stretch, trading just below $70 a barrel.

With the U.S. serving as the world’s marginal producer, the cost of producing U.S. oil is crucial in setting global oil prices, LaForge said. That means shale costs matter most as it’s the source of the extraordinary rise in U.S. oil production. And those costs have been falling, dropping from the low $70s per barrel as recently as five years ago to the mid-$40s now (see chart below). 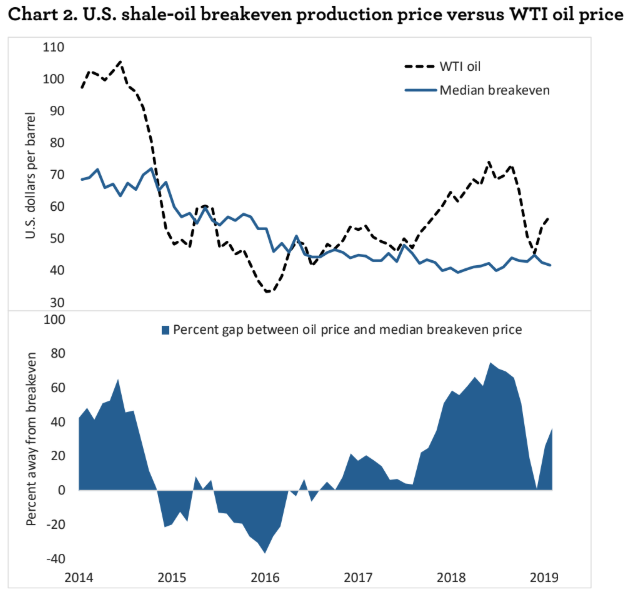 LaForge argued that while Saudi-led production curbs certainly contributed to a rise in oil prices, the rally itself was “a direct reaction to the potential for U.S. production to slow” as prices neared those shale break-evens. At the same time, the ability of U.S. shale producers to respond to rising prices with increased production is why crude is unlikely to head back above $100 a barrel any time soon, he said.

So what now? WFII’s year-end target for WTI crude is $65 a barrel, but LaForge suspects oil may see a pullback into the low- to mid-$50s before it gets there as traders anticipate a pickup in U.S. output in coming months.