If airlines keep the middle seat empty due to fears of coronavirus transmission, will air travel become more expensive? 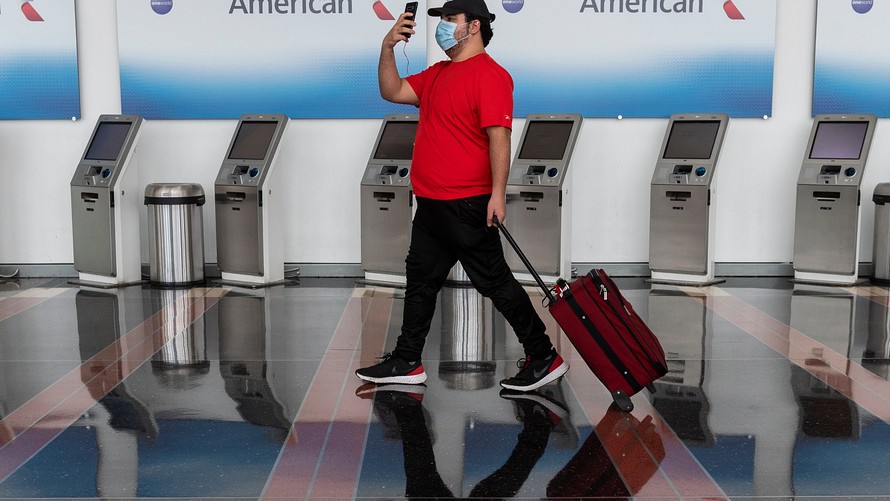 ANDREW CABALLERO-REYNOLDS/AFP via Getty Images
Faced with empty planes, airlines have slashed ticket prices. How long will those deals last?

Airline tickets are cheap right now. But don’t expect that to last forever.

How cheap are flights? You can book roundtrip airfare in August between New York and Los Angeles for $62, according to a search on travel website Kayak (NAS:BKNG) . For less than $200, you can get round-trip airfare between Miami and dozens of destinations across Latin America and the Caribbean.

Airlines have slashed the price of tickets as demand plummeted in the face of the global coronavirus pandemic. They’ve flown practically empty planes, and pilots and flight attendants have faced the risk of furloughs and layoffs as airlines’ business has tanked. Meanwhile, travelers are sitting on millions of dollars in vouchers from carriers such as Delta (NYS:DAL) , American (NAS:AAL) , JetBlue (NAS:JBLU)  and United (NAS:UAL) , which they received for trips cancelled due to health concerns.

Some have even predicted that one or more airlines could go bankrupt as a result of the downturn. Warren Buffett’s Berkshire Hathaway (NYS:BRK.A)  even sold off its stakes in airlines because of the pandemic.

The downturn will likely keep flight prices down for some time to come.

“Early on, many analysts expected a V-shaped recovery in air travel,” said Scott Keyes, founder and chief flight expert at travel website Scott’s Cheap Flights. “That’s clearly not borne out, and instead we’re looking at a stretched out Nike (NYS:NKE)  swoosh recovery.”

“Slashing fares is the simplest and most effective tool airlines have to get people back on planes,” Keyes added.

Another factor keeping prices low, besides airlines attempting to boost demand, are fuel costs, Keyes said. Oil prices fell precipitously as stay-at-home orders went into effect across the globe. That’s helped keep costs down for the industry, which has enabled airlines to pass savings onto consumers.

‘Slashing fares is the simplest and most effective tool airlines have to get people back on planes.’

“I would not take too much stock in the prices you see for later this year or 2021,” said Brian Sumers, senior aviation business editor at travel industry news outlet Skift. “This is a fast-moving crisis, and the models airlines use to predict future pricing trends cannot keep up.”

Airlines are hesitant to drop prices too much now for future dates in case travel demand recovers, because doing so would leave them stuck with cheap fares. If demand doesn’t recover, airlines will probably cancel many flights, Sumers said.

Indeed, many airlines have cut less popular routes during the pandemic to reduce their costs. And in some cases, that actually has raised ticket prices. Airfare for trips between Atlanta and Denver is 25% more expensive than in 2019 because JetBlue and Spirit (NYS:SAVE)  suspended service on that route until September, said Hayley Berg, an economist at travel company Hopper.

Read more: Half of all Americans are canceling their summer vacations — what to expect in refunds from cruise lines, hotels and airlines

“Spirit and JetBlue offer low base fares compared to other major carriers on the route, and a suspension of service and these fares drives up the average price available on the route,” Berg said.

“As carriers work to restructure their schedules and partner with the [Department of Transportation] to determine which routes can be changed, it’s likely that there will be some routes where average prices will rise compared to previous years given the fewer options available to customers,” she added.

‘Airlines blocked middle seats to try to get people comfortable to fly again. But it’s not sustainable, long-term.’

If demand does rebound in earnest though, you could see airlines responding by changing coronavirus-related policies. In other words: Don’t expect flights to remain so empty.

“Airlines blocked middle seats to try to get people comfortable to fly again,” Sumers said. “But it’s not sustainable, long-term. Airlines will get back to selling every seat on the airplane soon enough.”

United recently announced a set of disinfecting protocols, including a partnership with Clorox (NYS:CLX) , aimed at making passengers feel more comfortable about the safety of boarding an airplane during a pandemic.

Carriers also have grounded many planes and put them in storage because of the slowdown in air travel. If flight demand picks up enough, those aircraft could be put back in service. That added capacity would help to mitigate rising prices.