What will COVID-19 do to Social Security? 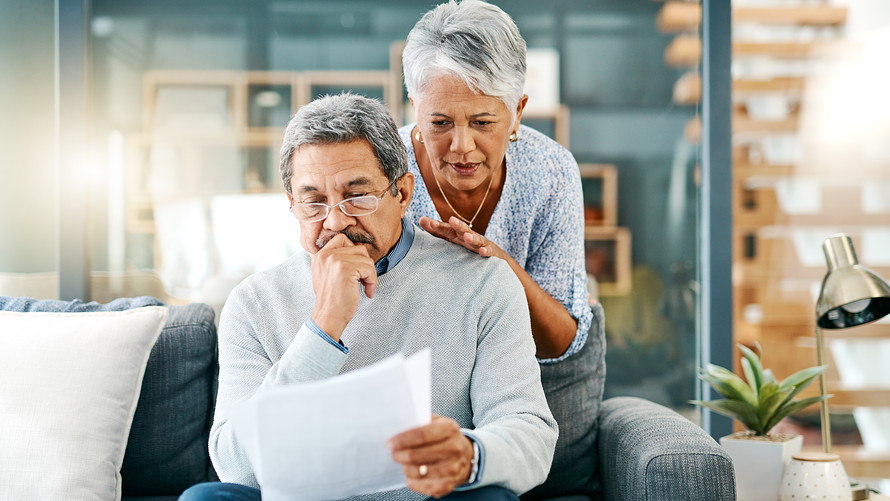 The pandemic will not be as devastating for Social Security’s long-term solvency as originally assumed.

That’s further in the future than some of the more dire scenarios that some painted early in the pandemic. But is Social Security looking at the future through rose-colored glasses? In this column I want to review the economic assumptions that Social Security’s actuaries made in reaching its relatively sanguine projection.

Goss’ report outlines 15 different economic and demographic assumptions that his office used in estimating the pandemic’s long-run impact. One of the most consequential is future growth of the U.S. economy. Goss’ office is assuming that, after plunging in 2020 far more than assumed a year ago, U.S. Gross Domestic Product will make up for much of this lost ground over the three years from 2021 through 2023.

By 2024 the U.S. economy is projected to be 1.9% lower than it would have been but for the pandemic, and thereafter grow at the same rate as assumed in the pre-pandemic analysis. That means this 1.9% smaller economy will persist indefinitely.

Read: So your investments did great this year, but what did they cost you?

For a reality check on this projection, I turned to the latest economic estimates from members of the Federal Reserve’s interest-rate-setting group —the Federal Open Market Committee (FOMC). As of mid-December, the median of FOMC members’ projections was for a smaller drop in 2020 than what is assumed by Social Security’s actuaries, and then for smaller gains in subsequent years. The net effect of these differences is plotted in the accompanying chart. By the end of 2023, FOMC members are projecting that U.S. Gross Domestic Product will be only slightly smaller than assumed by Social Security’s actuaries—just 0.3% smaller. 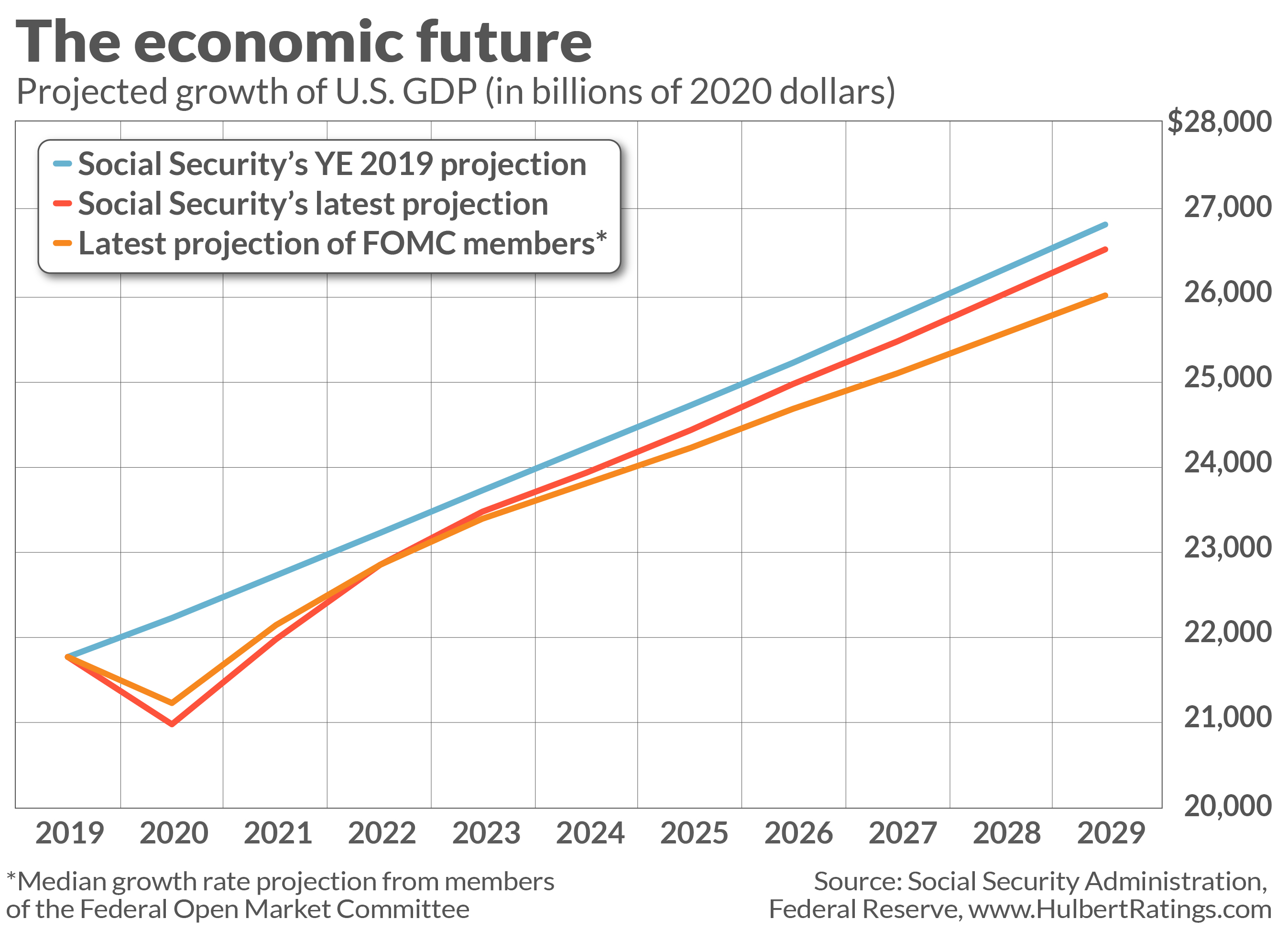 Given that economic projections are hardly an exact science, these FOMC projections provide broad reinforcement to those made by Social Security’s actuaries. And that in turns means you can derive at least some solace that, in contrast to some of the Chicken Little projections made several months ago, the pandemic is not going to cause Social Security to run out of money in the next several years.

Even if you don’t share this confidence, the accompanying chart provides a benchmark with which to make your own back-of-the-envelope projections about Social Security’s long-term solvency. If the economy turns out to be worse than projected, you would worry more—and vice versa.

Social Security running out of money is scary, of course, regardless of whether it happens in 2034 or 2035. But the pandemic hasn’t changed this reality. For several years now, retirees and near-retirees have had to squarely face the prospect that, unless Congress acts, Social Security at some point in the mid-2030s will not be able to pay 100% of the benefits that it is otherwise obligated to pay. Assuming you had already taken that possibility into account in devising your retirement financial plan, you shouldn’t have to change it because of the pandemic.

Social Security’s updated projections should instead refocus our attention on the longstanding structural challenges that Social Security faces. And, since addressing those challenges becomes increasingly difficult the longer it’s put off, let’s all urge our elected representatives to tackle it in 2021.

Let’s hope that this is one New Year’s resolution that they will actually keep!