‘Will the Fed spend trillion of dollars, every year, forever to support the market?’ asks billionaire Howard Marks

‘How do people feel about buying securities that are high only because the Fed is buying?’ 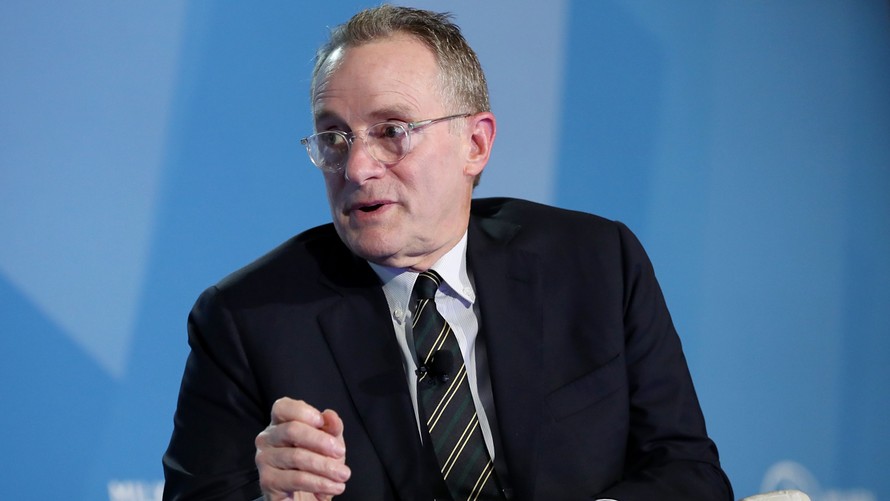 Billionaire investor Howard Marks appeared to have more questions than answers during a Tuesday interview with CNBC. And that is perhaps for a good reason.

No one truly knows the ramifications of an unprecedented array of stimulus measures enacted by the Federal Reserve, and the government, to support financial markets that were unhinged by a coronavirus-induced panic three months ago.

‘Will the Fed spent trillions of dollars every year forever to support the market? Is that its role? It’s not its role.’

Marks, the billionaire co-chairman of Oaktree Capital, hasn’t been shy about expressing his fear that markets may become too dependent on the U.S. central bank, which has seen its balance sheet balloon to more than $7 trillion from $4 trillion, as the impact of the COVID-19 pandemic set in, putting unprecedented pressure on Wall Street back in March.

Since a late-March low, however, the main U.S. stock benchmarks have vaulted higher.

Even before the crisis, Marks has been circumspect about the outlook for long-term investors. Back in February, he voiced worries about growing debt in the financial system and companies’ exposure to rising interest rates. He predicted that returns for investors for the next five years would be muted at best.

So much has changed since then, with benchmarks interest rates at a range of 0% and 0.25% and trillions of liquidity sloshing throughout the financial system because of the Fed. But it’s not clear how that will all end, Marks tells CNBC on Tuesday, even if he’s unsure if we’re in the midst of a financial bubble.

“Nobody can say we’re in bubble that’s about to implode. … It just means do you have a high hurdle for the things that you’re buying,” Marks said.

“Right now, it’s time to take a cautious approach and [buy defensive] and quality [securities]” rather than be too aggressive, the investor warned. “Mid-March was the time for aggressiveness. That was the time to be aggressive” and now is the “time to be cautious.”

Last month, Marks in an interview with Bloomberg TV said he thinks the market will come under pressure if the Fed removes its outsize support. “Those of us in markets believe that stocks and bonds are selling at prices they wouldn’t sell at if the Fed were not the dominant force. So if the Fed were to recede, we would all take over as buyers, but I don’t think at these levels,” he said.

Speaking as part of an online conference organized by the CFA Institute back in May, Marks did note that the unprecedented support for the Fed was necessary to prevent greater harm to the economy and the market.

Marks also said he’s not necessarily expecting a so-called V-shaped, or quick, recovery of the economy out of recession, pointing to the bankruptcies and defaults that already have taken place.

“The real question is when will we be back to the earnings and the [gross domestic product] that we had in 2019 and that we were supposed to see in 2020?” he said.

“We’ve already had a wave of bankruptcies. We’ve had about 30 or 40 bankruptcies totaling $70 billion of debt since the beginning of April and that’s the second highest annual total in history. We’ve also had $92 billion of defaults in the in the last 12 months,” he explained.

Marks predicted that we won’t see 2020 levels for corporate earnings until 2022. “That’s not a vibrant, vigorous ‘V’ to me,” Marks said. “I tend to think [of the coming recovery] in terms of a check mark,” he said.

As the co-founder of the Los Angeles–based Oaktree, a distressed debt firm, the investor’s net worth is $2 billion, according to Forbes .