Will Trump’s endorsement give Tuberville a big win in Alabama over Sessions? Here’s a guide to Tuesday’s primaries 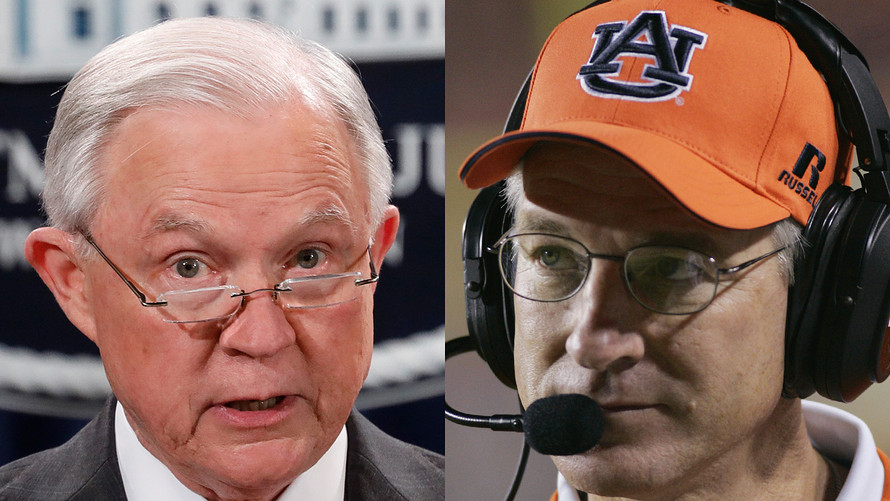 Voters on Tuesday are casting their ballots in a closely watched Republican primary runoff in Alabama, and the result in this acrimonious contest for a Senate seat will help show the current value of an endorsement from President Donald Trump.

Meanwhile, Democratic primaries in Maine and Texas will settle who gets to challenge incumbent Republican senators in November.

In Alabama, former Auburn University football coach Tommy Tuberville is expected to defeat former Attorney General Jeff Sessions, who is seeking the Senate seat that he held before joining Trump’s first cabinet. Tuberville, who has been repeatedly endorsed by Trump, has led Sessions in recent polls, with one survey giving him an advantage of 47% to 31% .

Trump on Saturday tweeted that Alabama voters should support Tuberville, saying he’s “a winner who will never let you down,” while Sessions “is a disaster who has let us all down.” Trump and Sessions had a bitter falling out after Sessions, who’d been an early high-profile endorser of the Trump 2016 campaign, recused himself from the investigation into Russian interference in the 2016 presidential election.

Key Words (May 2020): Trump reaffirms endorsement of Tuberville in Alabama, and a day-long back-and-forth with Sessions ensues

But Sessions has scored other endorsements, with Americans for Limited Government President Rick Manning backing him and saying in a statement Monday that he is “a genteel man who has spent his legislative career fighting for Alabama’s workers by opposing illegal immigration, opposing bad trade deals and opposing the kind of get out of jail lunacy that afflicts our nation.”

The winner of the race will face Democratic Sen. Doug Jones, who got the seat after his 2017 win over Roy Moore, a Republican who faced allegations of sexual misconduct. In a reflection of the GOP primary’s contentiousness, Sessions on Monday reportedly declined to say whether he would support Tuberville over Jones in the general election if the ex-coach wins on Tuesday.

Other Republican primary contests on Tuesday include a House race in Texas that features former White House physician Ronny Jackson against rival Josh Winegarner, who has been backed by the retiring GOP incumbent, Rep. Mac Thornberry. Jackson has been endorsed by Trump, who has described him as strong on “ Crime, the Border and Agriculture .”

Related: Dr. Ronny Jackson concedes he failed to get Trump to abide by his exercise prescription but was making diet inroads

In Maine, state House Speaker Sara Gideon is the prohibitive favorite in Tuesday’s Democratic Senate primary, and media coverage already has focused on how one poll suggests she would beat incumbent GOP Sen. Susan Collins. Collins, who had been viewed as a swing vote in Trump’s impeachment trial earlier this year but ultimately supported the president, is the last remaining Republican representing New England in Congress.