Will Uber remain the Uber of car services? 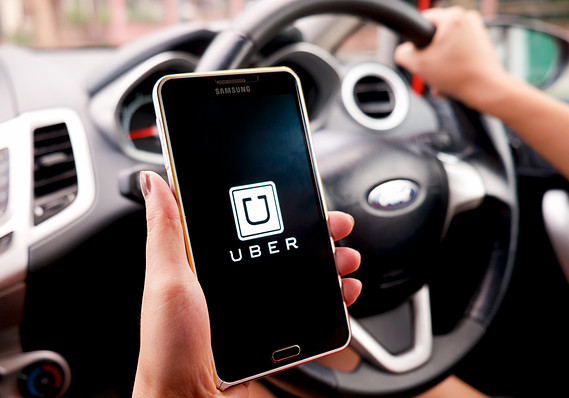 There's a pretty strong desire to anoint Uber the winner in car-sharing. And based on Uber's market share and top line growth rate, that's understandable.

However, what is not understandable in my view is that Uber is "worth" $63 billion . It has an enviable brand name, yes, but ultimately, Uber's only tangible asset is a software application. Are other software applications or software-as-a-service business models worth billions of dollars? Yes. Microsoft /zigman2/quotes/207732364/composite MSFT +2.10% , Google /zigman2/quotes/205453964/composite GOOG +1.96% and Facebook  come to mind. But those businesses tend to be monopolies. And Uber is far from a monopoly. (It's worth noting that Twitter a monopoly, but that hasn't prevented it from continually punching itself in the face while losing billions in market value.)

In the U.S., Uber's market share ranges from zero (in rural areas and in cities like Austin, Texas, where it has withdrawn), to as much as 70%-80% in its largest urban markets. Meanwhile, the $63 billion figure exists only as a kind of shared delusion among private investors who have thus far funded Uber in my view.

It's an agreed-upon figure that these financiers will use to hand off private shares of Uber to each other as the company goes through “rounds” of financing leading inevitably to an IPO, where the public will be dutifully told that “Uber was worth X” in its last round and so is "therefore worth X+Y" in the IPO pricing. For the money men and women, this is easy to do when most of the ownership is actually held by venture-capital investors, not by the VC principals themselves. It gets a lot harder when real people start investing with an IPO.

But I don't believe Uber is really worth $63 billion right now, nor will it be in the future. The company is spending billions of dollars per year, but has no tangible assets to show for it. No factories. No assembly lines. No retail stores. Nothing. Bupkis. All it has is software, and plenty of companies, like Novell and Netscape learned to their mortal dismay that software can be copied, functionally, if not literally.

Instead, Uber is spending all its investors' money in a savage war of attrition (e.g., bonuses to new drivers). A war it won't win because it can't win. Only Uber wants Uber to be a monopoly. Nobody else does.

The secret to understanding why Uber isn't worth $63 billion in the real world is to understand who is paying whom and why. On a trading hub or brokerage like eBay /zigman2/quotes/204653455/composite EBAY +1.25% , buyers want to find the most sellers and vice versa. Typically, unique, non-perishable items are for sale, hence the 10-day auction. Buyers and seller can take the time for price discovery.

Uber sellers (i.e., their drivers), however, are selling their availability, which is a fungible service that anyone with an operating car can provide. Higher demand by buyers on eBay raises an item's price. Higher demand by riders on Uber does increase prices (e.g., surge pricing) but it also “activates” more drivers, muting price pressure.

EBay and other hubs never had to outspend their initial competitors; their early leads became self-sustaining because of network effects. That's because there are certain services that all stakeholders want to be a monopoly. Search engines, professional social networks and micro-blogging sites to name three.

In winner-take-all monopolies, there is a penalty for operating outside the network. Owning an Apple computer in 1994 meant you couldn't share files with people operating in the WinTel network. But there is no penalty for going outside Uber's network to use Lyft or Didi or others. In fact, the car-sharing services networks often overlap with both drivers and riders able to use each one, based largely on convenience. And moving from one smartphone app to another is really convenient.

So the mere fact that Uber has been a) reduced to engaging in a spending war with competitors and b) funding the battle with left-field sources like Saudi Arabia's sovereign wealth fund and junk bonds says volumes about just how profitable (or, more likely, not) car-sharing will ever be.

Uber's current lead isn't self sustaining — it's bought and paid for with investor cash. When the Uber IPO finally arrives, will you get on board?