Will you need 135% of your salary in retirement?

Figuring out your income-replacement rate is no easy task

BOSTON (MarketWatch) — It is the mother of unanswerable questions in the world of retirement planning. How much of your current salary will you need after you retire?

The replacement ratio rule of thumb suggests you might need 75% of your current salary from a variety of sources — be it Social Security, personal assets (a 401(k) and IRA, for instance), earned income (yes, you’ll likely be working in retirement), and the like — to enjoy the same standard of living while in retirement as before. 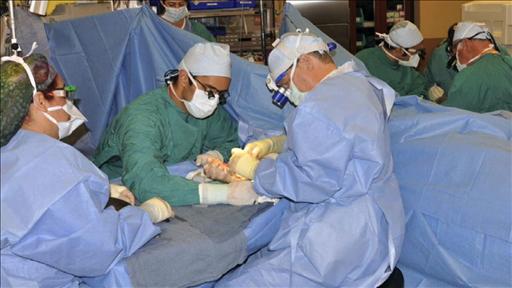 How to haggle on medical bills

If you're struggling with health-care costs in general or a specific medical or hospital bill, consider talking with an often-overlooked potential ally: your doctor.

But according to research conducted by Dan Ariely, people need 135% of their final income to live the way they want in retirement. The reason for this astounding difference has to do largely with the way Ariely, a professor of economics and behavioral finance at Duke University, did his research.

Ariely then took the answers and “itemized them, pricing out their retirement based on the things that people said they’d want to do and have in their retirement.” Using those calculations, he found that people want to retire to a standard of living beyond what they currently enjoy. (Who wouldn’t if money were no object?) Read Ariely's blog post on the topic here.

Ariely didn’t respond to emailed questions about his blog post. But I am fond of Ariely’s body of work and have quoted him often.

Needless to say, Ariely’s blog has the financial-advice community up in arms. For one, he suggested in his blog that financial advisers are getting paid far too much (1% of assets under management) to help people build a nest egg that’s “60% too low in its estimation.”

How to slash your tax bill
in retirement
Big tax bills can devastate your retirement savings. MarketWatch's Robert Powell and Andrea Coombes talk about strategies to employ before and during retirement to lower your taxes.
How to save your Social Security benefits
Should retirement savers play this market?

Check out the new
MarketWatch Retirement

Retire here, not there: California

Two, he criticized the use of those ubiquitous risk-tolerance questionnaires that label investors as aggressive, moderate or conservative. His research showed that people cannot accurately describe their attitude toward risk and as a result, questionnaires about risk attitude are essentially useless.

From my perch, however, the questions that Ariely’s research raises have to do with the current salary replacement ratio. How much of your current salary do you really need to replace in retirement? Is the salary replacement ratio a good or bad rule of thumb? If it’s a bad rule of thumb, what’s a better way to determine how much you need in retirement? And, what are the pros and cons of that “better” method?

How much is enough?

Experts say it’s very hard to estimate with any precision how much income you’ll really need in retirement.

“In some ways, life after retirement is relatively inexpensive,” said David Laibson, an economics professor at Harvard University. For one, the expenses associated with working, raising a family and maintaining a home prior to retirement are typically much less after you retire.

“On the other hand, life after retirement is also a time when expenses might be high,” he said. For instance, costs associated with travel, leisure and health care might rise.

“At the moment we don’t know which argument wins the day. Do we need more income in retirement or less? It’s really hard to say,” Laibson said.

Some — including Stephen Utkus, a principal with the Vanguard Center for Retirement Research — say that 75% is as good a number as there is.

“They make the rational point that when you are retired, you aren’t making large 401(k) contributions, aren’t paying payroll taxes ... and living expenses are lower,” said Utkus. “Hence 75%, or thereabouts.” Read the 2008 Replacement Ratio study (PDF).

But the oft-quoted 75% replacement ratio — while good — needs to be tweaked based on one’s income, said Peng Chen, CFA charter holder and president of Morningstar’s global investment-management division.

The typical amount of money one needs to maintain the same standard of living in retirement as before is roughly 100% of one’s income after taxes and 401(k) contributions, Chen said.

“This make sense, as that is pretty much how much one is spending today in the U.S.,” Chen said.