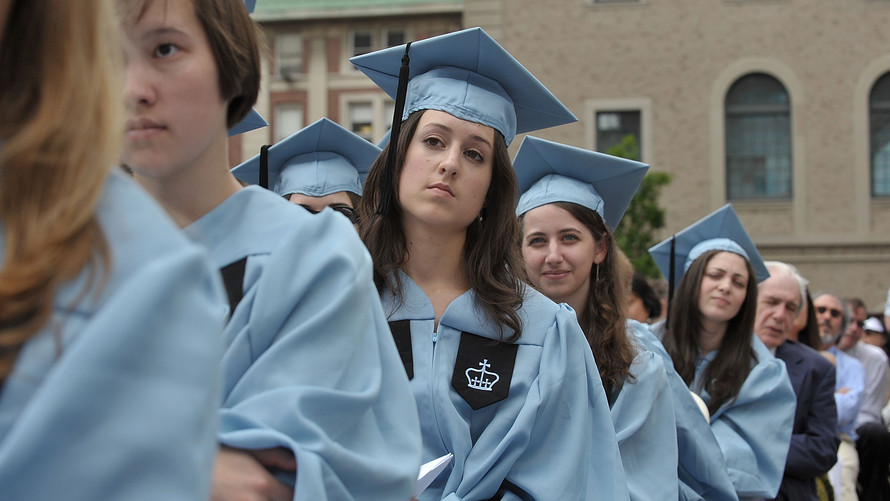 Getty Images
Women take on more debt than men to attend college and take longer to pay it off.

Student debt is on its way to becoming a universally American problem, but there’s more evidence to indicate that it’s a particularly acute challenge for women.

The gap between the amount of debt shouldered by male and female graduates has nearly doubled in the past four years, according to a report released Monday by the American Association for University Women. On average, female bachelor’s degree recipients graduated with $2,700 more in debt in 2016 than their male counterparts. That’s up from about a $1,400 gap in 2012.

If trends continue on their current trajectory, Kevin Miller, a senior researcher at AAUW and the author of the report, estimates that the outstanding student debt held by women alone could reach $1 trillion over the next year. If the ratio of debt owed by women versus men stays the same, then men hold about $550 billion at that time. “We’ll be keeping a watch on it,” he said. 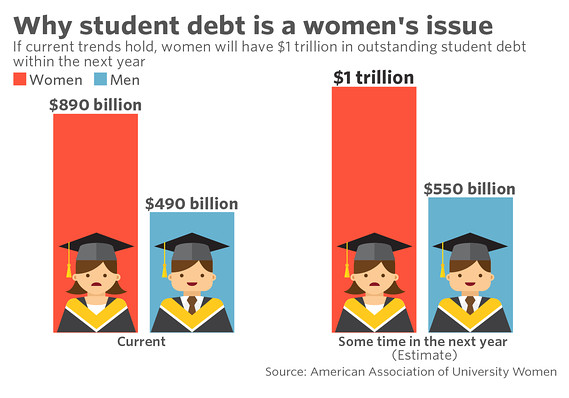 The data adds to the growing body of evidence — much of which has been published by AAUW — that student debt is a women’s issue. Although they make up just 56% of American college students, women hold nearly two-thirds of America’s outstanding student debt, or about $890 billion, and take longer to pay it off.

There are a variety of reasons why this is the case, according to Miller. For one, women typically have to rely more on loans to finance college because they earn less from their work before they enter college (if they have a job before they start) and while they’re in school.

And once women graduate college, the gender pay gap continues to play a role. Women working full-time with college degrees earn 26% less than their male colleagues, according to AAUW, delaying their efforts to repay their loans. On average, men paid off roughly 38% of their student between one and four years of graduating college, while women only paid off 31%.

All of this means that women aren’t reaping as much financially from their degrees as men, though they’re attending college in higher numbers. That dynamic is the result of a complicated mix of factors, Miller said. Women are getting more degrees because they recognize that they need more education to match men’s earnings, Miller said. But they need to go into debt, and more debt than men, on average, to do so.