What’s more expensive than a college education? Not having one

A college degree is the new high school diploma 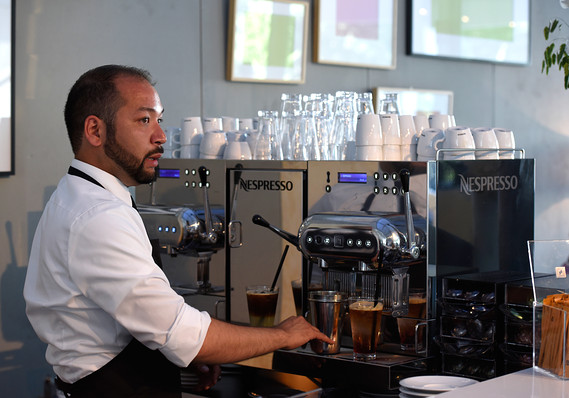 Today’s young workers are more likely to have a college degree than their parents and grandparents were when they were the same age.

The study adds to the growing body of evidence that today’s workforce is more educated than ever.

Some 36% of workers have a bachelor’s degree or higher compared with 34% with a high school diploma or less, according to a study released Thursday by Georgetown University’s Center for Education and the Workforce. The milestone is years in the making, said Anthony Carnevale, the director of the center. Beginning in the early 1980s, the American economy began to shift from one where a high-school diploma was enough to get a decent job to one where at least some college is required. 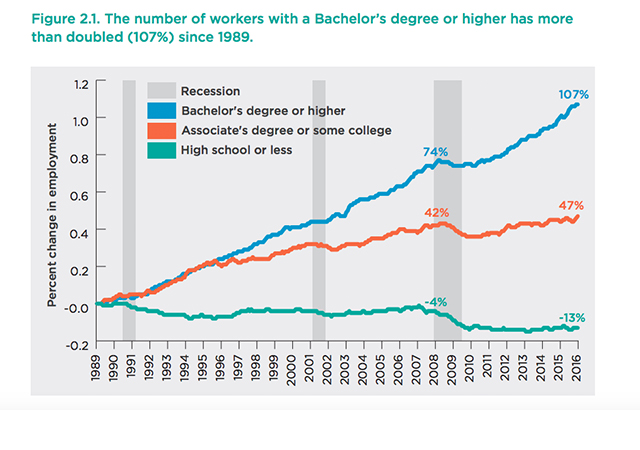 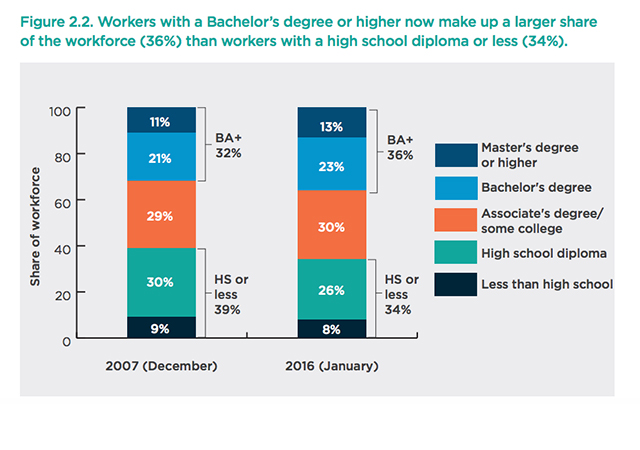 “It’s been in the cards for a long time and it finally happened, we crossed over the line,” he said. “Everybody’s learned that the only thing more expensive than going to college is not going to college. That’s the problem, this movement has left lots of people behind.”

This shift explains some of the populism evident in this year’s election cycle, Carnevale said. During the primary season Donald Trump drew much of his support from those whose formal schooling ended with a high school diploma, perhaps tapping into their frustration that their credentials don’t buy as much in the job market. On the other hand, many of the young supporters who fueled Sen. Bernie Sanders’s presidential primary run had internalized the message that a college degree is necessary in today’s economy to get a good job, but were frustrated that it’s so expensive.

A college degree is more necessary than ever to be successful in the labor market and yet the cost of college has been growing rapidly. Roughly 70% of bachelor’s degree recipients graduate school with loans. That means attending college can be risky proposition for many, particularly if they choose a low paying major or end up at a school with a poor record of actually getting students to graduation.

“What young people need to understand is that the point is not to go to college, this is not about your degree, this is about your field of study,” Carnevale said.