Workers don’t do better in unions 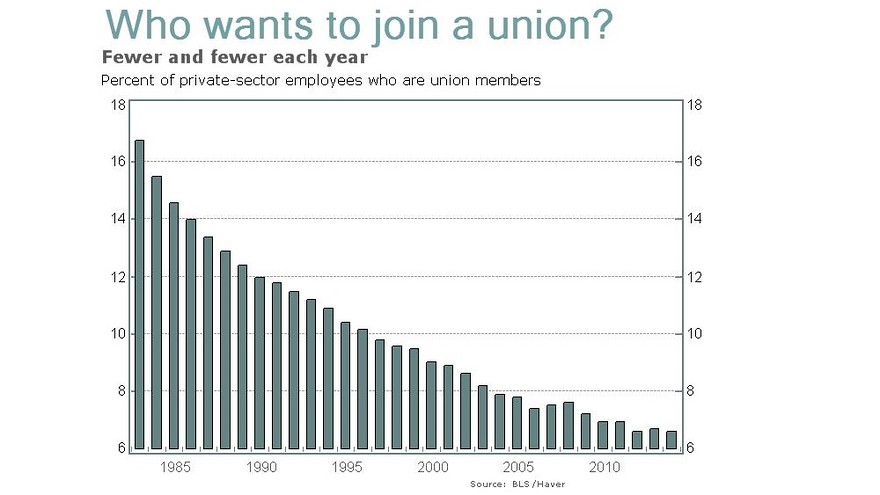 About 7% of workers in the private-sector belong to a labor union.

Just in time for Labor Day, Labor Secretary Thomas Perez is resurrecting the old canard that workers do better in unions. His latest blog post uses misleading data to suggest that if workers were unionized, they would receive $200 more per week.

Let’s look at the Bureau of Labor Statistics data itself.

Perez compares median weekly earnings for union members with non-union members. This is misleading because union members are not equally distributed across occupations, industries and regions. Union members are more concentrated in higher-paying government-sector jobs, including teachers and federal employees. Forty percent of union members are public-sector employees. The BLS data that Perez cites do not separate public and private-sector workers.

Workers are increasingly saying no to unions and yes to higher paychecks.

Unionized workers are more heavily concentrated in urban and Northeast regions, where both the costs of labor and living are higher. BLS data show that 26% of New York workers belong to unions, compared to 3% of South Carolina workers. Yes, New Yorkers earn more, but a nationally averaged $100 bill buys $87 worth of goods in New York and $110 in South Carolina, according to the Bureau of Economic Analysis.

Unionized workers tend to be older, and Perez does not adjust for age. BLS data show that 15% of male workers who are aged between 55 and 64, a peak earnings group, belong to unions. In contrast, 10% of male workers aged 25 to 34, and 5% of those aged 16 to 24, have joined unions. Younger workers earn less. If you’re 25 and you join a union, you’re not going to get a 55-year-old’s salary.

In some industries, such as construction, union workers earn more ($399 a week more). In others, such as professional and business services, union members earn less ($113 a week less). But jobs in unionized industries, with the exception of government, are shrinking. For instance, employment in professional and business services has seen a growth of 16% over the past decade, while construction employment has declined by 13%. 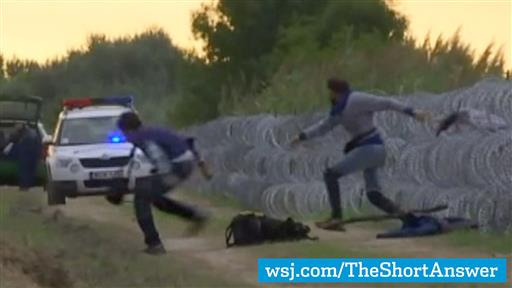 What is clear is that union membership has been declining, and this is worrying Perez. The White House is convening a Summit on Worker Voice on Oct. 7 to, in Perez’s words, “highlight the value of collective bargaining.” The share of wage and salary workers belonging to unions declined from 20% in 1983 to 11% in 2014. The percent of private-sector union members is even lower, at 6.6%.

One reason for this is many workers don’t want to pay initiation fees, around $50, and union dues, which are about 1% to 2% of each paycheck. When public-sector workers in Wisconsin were given the option of not joining a union, the number of members dropped dramatically. The three Wisconsin branches of the American Federation of State, County, and Municipal Employees had over 62,000 members in 2010 compared to fewer than 20,000 today, with an accompanying decline in revenues.

Another reason is that many plants become uncompetitive when they are unionized, and they go offshore. Rather than getting a raise, union members end up unemployed. Consider the case of Pillowtex, a textile firm in North Carolina. In 1999, after a long battle, the plant was unionized. In 2000 Pillowtex filed for bankruptcy, and the firm failed in 2003. Now textiles are primarily produced offshore.

Or, look at the case of Volkswagen. In 1987, Volkswagen closed what was then its only assembly plant in America, which was located in New Stanton, Pa.. During its 10 years of operation , workers went on strike several times, halting production lines and forcing the company to pay higher wages. Volkswagen moved its production to Mexico and Brazil to take advantage of lower wage rates. Last year, auto workers at the VW plant in Chattanooga, Tenn., voted against joining the United Auto Workers.

Finally, consider steel. In 1982, as the United States entered a recession, the unemployment rate in steel-producing western Pennsylvania rose to 15%. The United Steelworkers Union rejected a contract offer from the steel companies, causing many steel plants in the region to shut down.

A paper from the Minneapolis Fed by economist Lee Ohanian found that a “lack of competitive pressure” in labor markets due to powerful unions contributed greatly to the decline of the steel industry and accounted for two-thirds of the decline in the Rust Belt’s employment share. The author estimates that Rust Belt workers had a 12% wage premium over comparable workers in other sectors — but their jobs vanished.

The Labor Department and the National Labor Relations Board are doing their utmost to change the rules to encourage more union membership.

Last Thursday the National Labor Relations Board released a decision that dramatically expanded the number of “joint employers” in America. Before this decision, if a firm did not exercise authority over the employees of its subcontractors then it was not counted as an employer. Now the NLRB has ruled that if a firm just possesses the authority to control its subcontractor’s employees — even if it does not use this authority — then it is a joint employer.

In July the department issued guidelines on when to classify workers as employees, who are entitled to fringe benefits, or independent contractors, who are not. These guidelines attempt to make it more difficult for employers to hire independent contractors. This could spell disaster for the rapidly growing sharing economy, one of the bright spots in today’s labor market. Requiring firms to bring employees in-house makes it easier for unions to organize them, because it is easier for unions to deal with one large firm than many small ones.

Secretary Thomas Perez is trying to swim against the historical tide and persuade America’s workers that they will be better off if they are represented by unions.

But with new technology making telecommuting and consulting easier, the workplace is rapidly getting more personalized. Workers are increasingly saying no to unions and yes to higher paychecks.

This Labor Day rightly celebrates the individual American worker, not the unionized worker.

Diana Furchtgott-Roth, director of Economics21 at the Manhattan Institute, is the coauthor of "Disinherited: How Washington Is Betraying America's Young." Follow her on Twitter here.