Retailers under pressure; Hays up on bid speculation

MADRID (MarketWatch) — The U.K. stock market fell sharply Friday, led lower by miners such as Lonmin PLC, whose shares sank after it lowered its full-year outlook.

Stocks on Wall Street were sharply lower by the close of U.K. trading as economic worries soured sentiment. Read more about U.S. stocks.

“The general thrust of the developed economies is one of being stuck in first gear and in the slow lane,” said Stephen Pope, managing partner at Spotlight Ideas. “So for the U.K., where the FTSE is heavily biased to heavy-cap cyclicals, it is not surprising to see negative moves dominate, i.e., more red sessions than green.” 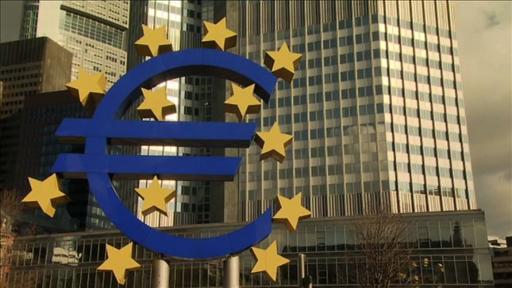 Shares of miner Eurasian Natural Resources Corp.  tumbled 7.5%, the top decliner in the FTSE. Earlier this week, the company said independent directors Richard Sykes and Kenneth Olisa had left the board.

A report in the Financial Times on Friday said a third independent director of the London-listed Kazakh company, Mehmet Dalman, is set to quit. His departure would leave just one independent director on the board. The FT said the three have been unhappy about the founding shareholders’ influence on upper management. An ENRC spokesperson wasn’t immediately available for comment.

Also in the mining sector, shares of Lonmin  dropped 5.4% after the group lowered its full-year forecast to sales of around 720,000 platinum ounces.

Mining stocks in general were vulnerable on Friday. Metals prices fell as the dollar rose.

In Asia, data from China showed export growth slowed in May while imports rose by a faster pace than expected by analysts. The trade surplus widened in May, but below expectations. Read more on China data

Analysts said with exports still solid, there is little to sway Chinese authorities from tightening monetary policy. China is a big user of natural resources and any sign that officials might want to slow growth often weighs on resource stocks such as miners.

Shares of HSBC Holdings PLC   /zigman2/quotes/203901799/delayed UK:HSBA -3.71% slipped 1.3%. An executive said Friday that 40% of the investment bank‘s retail units were falling short of targets, and over the next few years the company would leave many of the 60-odd countries where it has those types of businesses.

“Some aren’t relevant and many are returning at levels substantially below the cost of equity,” said Iain Mackay, group finance director, at a Goldman Sachs European Financials Conference in Paris, according to Dow Jones Newswires. He said the U.S. would be among the most difficult markets to restructure owing to the residential market. An HSBC spokesman couldn’t immediately be reached.

Another big mover in London was pharmaceutical group AstraZeneca /zigman2/quotes/200304487/composite AZN +2.06%   /zigman2/quotes/203048482/delayed UK:AZN -1.36% , which was downgraded by Barclays Capital to underweight from overweight. The analysts said uncertainty is high ahead of whether the U.S. Food and Drug Administration will approve AstraZeneca’s Brilinta heart drug, along with signs of weakening U.S. market share for its cholesterol drug Crestor. Shares fell 2.1%.

Shares of Tesco PLC /zigman2/quotes/203761082/delayed UK:TSCO -2.48%  gave up early gains to close down 0.8%. Jefferies upgraded the retailer to buy from hold. Tesco trades at a discount of 10% to 15% relative to its peer group, which consists of other grocers and staples companies, the broker said.

Tesco will release a first-quarter trading statement on Tuesday.

Away from the main index, shares of U.K. recruitment group Hays PLC /zigman2/quotes/208836868/delayed UK:HAS -3.10%  rose 2.9% after a media report that Swiss-based Adecco SA /zigman2/quotes/201694772/delayed CH:ADEN -2.25%  was mulling a 2.2 billion pounds ($3.6 billion) takeover bid. A spokesman for Adecco wouldn’t comment directly on Hays. He said the company looks at potential for bolt-on acquisitions, but that those are usually up to around 150 million euros ($217 million). A Hays spokesperson couldn’t immediately be reached for comment.

Barbara Kollmeyer is an editor for MarketWatch in Madrid.