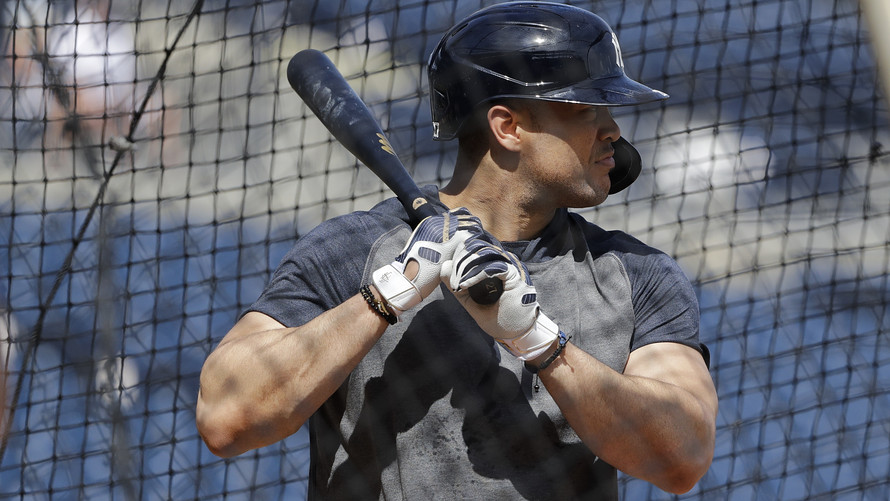 “If knew what was coming in ‘17, I probably would have hit 80-plus home runs,” he said Wednesday.

See also: The basketball shoe industry is being crushed by the athleisure wave

Stanton agreed with teammate Aaron Judge that the Astros should be stripped of their 2017 World Series title and that they kept on cheating during the 2019 season.

Major League Baseball concluded the Astros used a video camera to steal catchers’ signs in 2017, including during the postseason, and in 2018.

“They did their investigation and it was clear-cut that they cheated that year, which means it should be taken away,” Stanton said. “If you cheat in another way during the season, you can’t even be in the playoffs. It’s pretty much the same difference.”

Houston owner Jim Crane said at a news conference last week he wasn’t sure how much of an advantage the sign stealing was for his team.

Astros manager AJ Hinch and general manager Jeff Luhnow were suspended for one season each, then were fired by the team. Houston was fined $5 million and stripped of its next two first- and second-round draft picks.

Commissioner Rob Manfred said Sunday he wasn’t 100% sure the Astros didn’t violate rules in 2019 but it was his best judgment that they didn’t. The Yankees were beat in the ALCS by Houston.

“I don’t think you really stop until you get caught in something like that,” Stanton said.

Astros players were not disciplined by MLB.

“I don’t think the penalties were harsh enough player-wise,” Stanton said. “At the end of the day it gives more incentive to do that if you’re not going to punish the players.”

Stanton felt the Astros did a “very poor job of bringing their side to it” when they attempted to explain what happened.

“We know that they really don’t care to give an apology or explain their side, and it showed by their response,” Stanton said. “You know the repercussions of doing something like that. You’re really only sorry because you got caught. You have all this whirlwind of which you’ve got to deal with, not the actual action.”

Gerrit Cole, who signed a $324 million, nine-year free-agent contract with the Yankees after pitching for Houston, has repeatedly said he was unaware of any rule-breaking by the Astros.

“Everybody is entitled to their opinion,” Cole said. “It’s their own opinion and people handle this the way that they want to handle it. We’re all grown guys around here and I am certainly not going to tell anybody how to think. So, I don’t see it as an issue and I’m not personally offended by it. Hopefully, that’s the last question that I’ll have to answer about it.”

Stanton, limited to just 18 games last season due to a variety of injuries that included his knee and quadriceps, said he is fully healthy.

“No limitations,” Stanton said. “Just be smart with the workload getting back into it.”

Cole threw all four of his pitches during a 40-pitch outing in his second batting practice session and said he will pitch an inning in his first spring training start against Pittsburgh on Monday night. ... Judge (right shoulder soreness) resumed playing catch and did outfield drills. He took soft half-swings while tracking pitches in the bullpen. ... Guest instructor Andy Pettitte is working with RHP Masahiro Tanaka on his cutter.