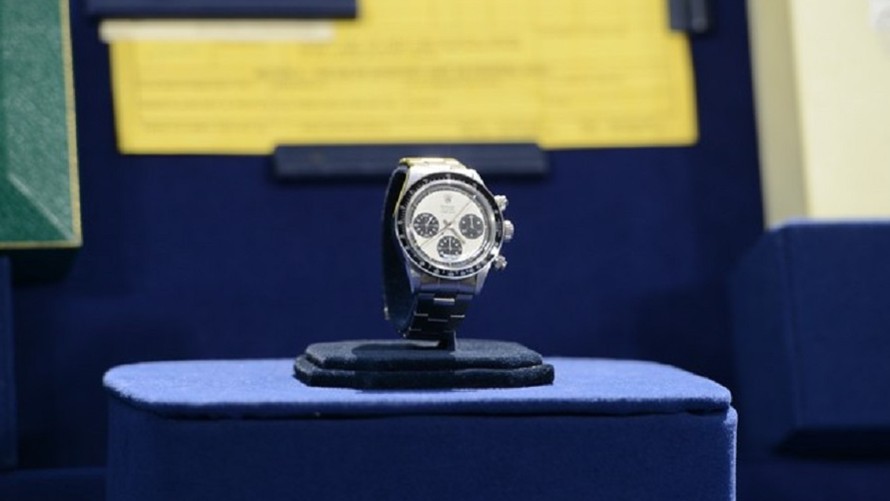 Time to call a financial planner.

As a member of the U.S. Air Force stationed in Thailand in the early 1970s, this particular veteran has certainly seen a lot over his lifetime,

But he clearly didn’t see this coming.

In a recent “Antiques Roadshow” episode , the unnamed man, with long hair and a bandana, took his watch in for an appraisal. When he was told how much it was worth — up to $700,000! — he fell to the ground in shock.

“You gotta be sh***ing me!” he said. Understandably.

That’s quite a return on investment, considering he bought the 1971 Rolex Oyster Cosmograph in 1974 for only $345. When he left the military, he stuck it in a safety deposit box where it sat, mostly untouched, for decades.

The appraiser, Peter Planes of Luxe Auctioneers, gave several reasons why the watch was so unique during the episode, including the fact that one just like it was worn by Paul Newman in the movie “Winning.” The actor’s Cosmograph, however, didn’t come with the Oyster moniker, which made the vet’s watch even more rare.

“In this condition, I don’t think there’s a better one in the world,” Planes said. “I can’t thank you enough for bringing me one of the greatest watches to ever see on ‘Antiques Roadshow’ and thank you very much for your service.”

Watch the video, which has been viewed more than 1.5 million times in less than two days to climb up YouTube’s trending video list: