Amazon rolls out more Echo devices, but they could make you spend more money

On Thursday, Amazon unveiled a new slate of Echo devices, including Alexa-enabled microwaves and wall clocks 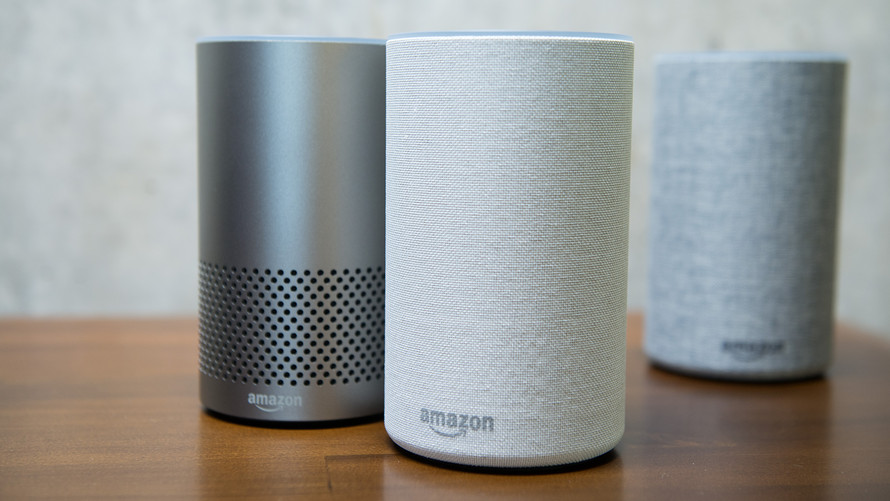 Bloomberg News
People who own an Amazon Echo smart speaker spend 66% more on average at the online retailer than other consumers.

Amazon (NAS:AMZN)  unveiled a new slate of Echo devices. Among the offerings are Alexa-enabled microwaves and wall clocks, as well as an Echo device designed for consumers to use in their car. Additionally, Amazon announced the new Alexa Guard feature that will allow the devices to monitor for security concerns when consumers aren’t home, sending alerts to them and security companies.

All those voice assistants, critics say, could be bad news for consumers’ wallets. People who own Amazon’s smart speaker spend 66% more on average at the online retailer than other consumers, according to a survey of 2,000 Amazon customers from Chicago-based research firm Consumer Intelligence Research Partners.

Echo owners spend $1,700 annually at Amazon on average. Comparatively, members of the Amazon Prime program spend around $1,300 a year at Amazon — and the average for all American Amazon customers is $1,000 per year. (Amazon did not immediately respond to a request for comment.)

Researchers said the smart speaker market is still relatively young at barely three years old, which makes an analysis like this somewhat premature. It’s also not clear whether similar habits would extend to those who own rival devices such as the Google Home. Nevertheless, it’s part of “an unmistakable trend,” Mike Levin, CIRP co-founder and partner, said in the report.

The Echo arguably makes shopping much easier, even more seamless than Amazon’s “1-click” ordering . When Echo owners set up their device through the Alexa smartphone app, which includes Amazon account and payment information, voice shopping is enabled by default. All an Echo user has to do is ask Alexa (the intelligent assistant that powers Echo devices) to place an order for an item — though the item must be Prime-eligible. Consumers can add a four-digit PIN to prevent unintentional purchases.

Amazon further entices consumers spending (and brand loyalty) by providing special offers only to people with Alexa-enabled devices, which includes the Echo as well as third-party smart speakers.

“Amazon creates products and services that seek to promote retail shopping and deeper affiliation at Amazon.com,” Levin said. “Amazon probably wants the Echo device family to stand on its own as a consumer electronics line, while supporting the greater mission of succeeding as an online retailer.”

While the Echo may be beneficial to Amazon’s bottom line, it might be damaging to the average American’s pocket book. As of June, Americans’ credit card debt had reached an all-time high at more than $1 trillion, and experts expect that fewer Americans in 2018 will be able to pay off their debt on a timely basis.

Holding off on that Echo purchase might very well be one way to prevent unnecessary spending — but there are plenty of other tried-and-true methods to resist the splurge. Doing everything from unsubscribing from retailers’ email lists to checking out as a guest when online shopping can help curb overspending.

Currently, the Amazon Echo has the largest market share in the U.S. of any virtual assistant with 10% of U.S. homes using one of these smart speaker. And that number is growing.

Experts predicted that half of all Amazon customers will have a device enabled with the Alexa virtual assistant following the e-commerce giant’s annual Prime Day sales event in July.

After the Echo, the Google Home is next most popular smart speaker with 4% of the market, followed by Microsoft’s (NAS:MSFT)  Cortana at 2%. Apple was later out of the gate with its HomePod device, released earlier this year.

Today, consumers only spend $2 billion through voice shopping with smart speakers such as the Amazon Echo and the Google Home (NAS:GOOGL) . But over the next few years, that amount is likely to soar.

Voice shopping will account for $40 billion of consumer spending in 2022, according to research from OC&C Strategy Consultants, a global consulting firm. Fueling that expansion will be the increased prevalence of smart speakers. Today, only 13% of homes have one of these device, but by 2022 that share is expected to grow to 55%.