Both stocks have been trading at all-time highs, but only Zscaler closes at a new one 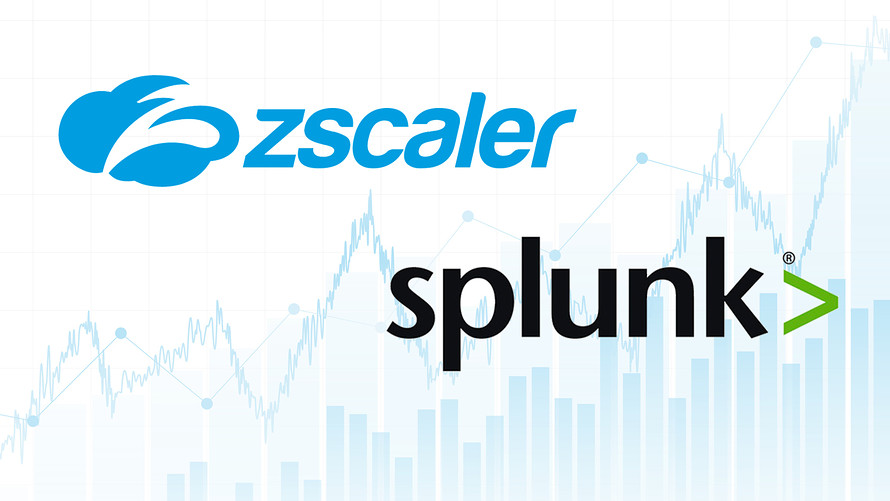 Zscaler Inc. and Splunk Inc. both topped Wall Street estimates in earnings reports late Thursday and saw shares surge in the extended session, but only one of the software companies retained that momentum into Friday trading.

Needham analyst Alex Henderson, who has a strong buy on Zscaler and raised his price target to $65 from $47.50, said the company’s Private Access service, which lets organizations provide secure access to internal applications and services, “continues to impress.” He noted it accounts for 15% or so of bookings, impressive for a new product, and that it could account for 40% to 45% of revenue over the next five years.

Wedbush analyst Daniel Ives, who has an outperform rating and upped his price target to $68 from $53, said the party is just getting started for Zscaler.

Guggenheim analyst Imtiaz Koujalgi, who has a neutral rating and raised his price target to $45 from $40, said he was staying on the sidelines with Zscaler given the price of the stock.

“Topline growth was healthy, with revenue growth accelerating, and the company is also showing good leverage in the model,” Koujalgi said. “There are very few companies that are growing 50+% with positive margins and cash flows.”

Billings, however, were helped by an increase in upfront multi-year billings, Koujalgi said, and on an adjusted basis, could be interpreted as slowing down in momentum.

Evercore ISI analyst Kirk Materne, who has an in-line rating and raised his price target to $140, said Splunk is “clearly knocking the ball out of the park” as it posted 179 seven-figure deals in the quarter versus 111 last quarter and 61 in the year-ago quarter.

Jefferies analyst John DiFucci, who has a buy rating and raised his price target to $157 from $137, said even while new accounting standards may cause some confusion for Splunk, he believes “ the underlying business is likely even stronger than it appears.”

“We continue to view Splunk as a unique asset that represents one of the best ways to play the Big Data theme,” DiFucci said.

“We obviously got off the bus too early on this one,” said Bernstein analyst Mark Moerdler, who has a market perform rating and raised his Splunk price target to $131 from $119.

“The company has capped a massive year helped by an increase in contract duration, but very (very) strong performance nonetheless,” Moerdler said. “Continually impressive is the company’s ability to upsell its existing customer base and drive large deals.”

Get news alerts on Zscaler Inc. and Splunk Inc. — or create your own.