1 in 5 Americans now personally know someone with the coronavirus 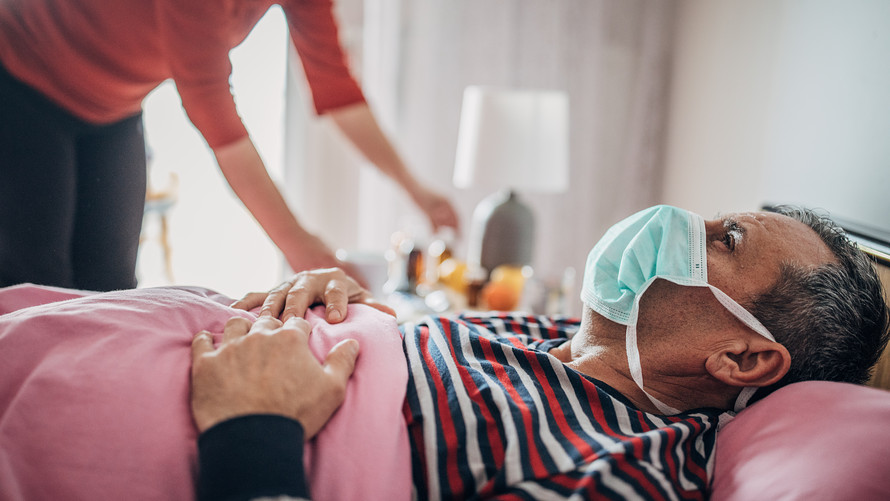 Nes/iStock
Twenty-two percent of people know someone with COVID-19.

The Americans who haven’t caught the coronavirus already might know someone who has.

More than one in five (22%) people said they personally know someone who has been diagnosed with COVID-19, according to a new CNN poll published Wednesday , which is double the number who said so in a Washington Post/ABC News poll just two weeks ago.

The CNN survey was conducted by SSRS from April 3-6 among a random national sample of 1,002 adults. And concerns over the virus, which has now sickened more than 400,000 Americans and killed more than 13,000 in the U.S., also continue to spread.

Just under half (46%) of those surveyed expect it is “somewhat likely” that they or someone in their family will contract COVID-19, and 80% believe that the worst of the outbreak is yet to come.

Related: This is what you should have in your COVID-19 emergency kit

Most Americans (71%) feel somewhat prepared to handle a coronavirus diagnosis in their family, but only about a third are “very confident” in their ability to get medical treatment for coronavirus if they need it — and that varies widely by race, income and political party. While 40% of whites are “very confident” they could get medical care in the next week for coronavirus, only 28% of people of color say the same. And people earning $50,000 or more are also much more confident than those earning less about getting coronavirus care (43% vs. 28%.) More than half of Republicans (51%) are also confident they could get care for the virus, while just a third of independents (34%) and less than a quarter of Democrats (23%) feel that way.

Americans overall haven’t been impressed by the government response, this survey suggested. Most (55%) said the federal government has done a “poor job” in preventing the spread of the virus, which is up eight points in about a week. What’s more, 55% said President Trump could be doing more to fight the outbreak, and 37% said that they have grown more worried about coronavirus over the last few days — well beyond the 5% that said their fears have abated.

Related: Stephen Colbert tells President Trump to ‘grow up and do your damn job’

But Trump’s overall approval rating hasn’t changed much, the poll found. Currently, 44% approve of Trump, and 51% disapprove, which has only budged slightly from 43% approval and 53% disapproval in the last three CNN polls. What’s more, he’s enjoying his best approval rating on handling health care policy (42%) since 2017.