These companies don’t grab headlines, but they can make you plenty of money 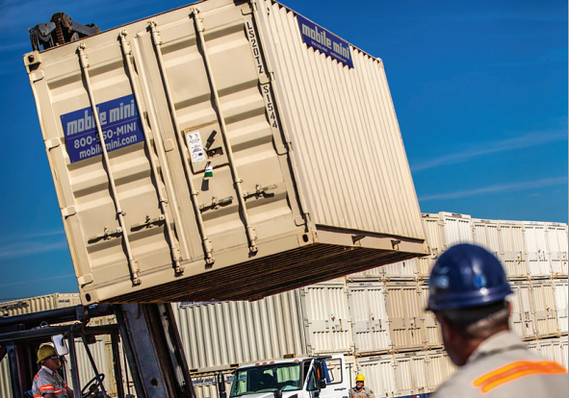 Mobile Mini,Inc.
Mobile Mini boosted second-quarter sales per share by 25%, and analysts forecast 34% upside for the company’s stock over the next 12 months.

When Berkshire Hathaway CEO Warren Buffett discussed his company’s agreement to acquire Precision Castparts, there were probably many people who read about the $32 billion transaction who weren’t familiar with the Portland, Ore.-based maker of metal parts.

Let’s face it: Industrial companies don’t usually make for titillating headlines. But that doesn’t mean you shouldn’t consider them as long-term investments, especially if they have fat profit margins.

Buffett didn’t follow his typical practice of discussing cash flow or other nuts-and-bolts aspects of the target company’s financial performance. When talking about Berkshire Hathaway Inc.’s (NYS:BRK.B)  decision, he said he had admired Precision Castparts Corp. “for some time,” and that “it is the supplier of choice for the world’s aerospace industry, one of the largest sources of American exports.”

So from his limited comments, it would seem Buffett was most interested in Precision Castparts as a long-term strategic play, and not as an underpriced value.

Not a big bargain

But if we go back one day, we see that the target company’s shares had underperformed over the previous five years. The stock was down 19% year-to-date through Aug. 7, with declining commodity prices hurting the company’s sales and profit margins. Then again, its 10-year return was very strong:

Despite this year’s decline through Aug. 7, Credit Suisse analyst Stephen Levenson said shares of Precision Castparts still carried “valuation multiples at a premium of 20% or more to [its] peer group.”

So it would appear that Buffet was willing to pay quite a bit for precision Castparts, even if some investors might be disappointed that the $235 takeout price was well below the stock’s 52-week high of $249.12 on Sept. 19.

One reason Buffett agreed to the significant premium, according to Levenson, was its “superior operating margin.”

The company’s EBITDA margin over the past four quarters has been 30.28%, the highest among the 26 aerospace and defense stocks included in the S&P Composite 1500 Index.

Buffett said Berkshire wouldn’t enter into another large M&A deal for a while, since the company needs to rebuild its cash holdings, but he did say he would consider smaller acquisitions over the next six months.

We thought it would be interesting to list more industrial companies with high operating margins that might be takeout targets or long-term bargains for investors.

Here are the 10 S&P 1500 Industrial sector companies with EBITDA margins of more than 20%, with majority “buy” ratings among analysts polled by FactSet, that have the highest 12-month upside for their stocks, according to the consensus price target:

We didn’t pare the list by market value, which means General Electric Co. (NYS:GE) , Union Pacific Corp. (NYS:UNP)  and Southwest Airlines (NYS:LUV)  certainly won’t be considered as near-term targets by Buffett, with GE probably never being considered. But half of those companies have market capitalizations of less than $5 billion, making them relatively small targets.

Here’s the same group, this time with market values and total returns, through Aug. 14:

Yes, it looks like a rather weak group of stocks, based on this year’s performance, but maybe that’s not such a bad thing, considering how likely it is that the drop in price for Precision Castparts led to Buffett’s takeout bid.

On Aug. 7, the last trading day before Berkshire’s takeout deal was announced, shares of Precision Castparts closed at $193.88, or 15.5 times the consensus 2015 earnings estimate of $12.54 a share. Even though Levenson of Credit Suisse said the company was trading at a premium to its peer group, its price-to-earnings ratio was well below the S&P 1500 Industrials’ 16.9.

Here are current-year price-to-earnings ratios for the same group of 10 companies:

Of course, a low P/E ratio might signal problems with a company or its industry, and a high P/E may not be a detriment to a stock. Mobile Mini Inc.  is rated “buy” by five of six analysts and has the most upside potential based on consensus price targets, despite having the highest P/E on the list.

Here are quarterly sales-per-share growth numbers for the same group of industrial companies: