10 life-defining lessons I learned from my grandparents

Don’t underestimate the impact you have on your grandchildren 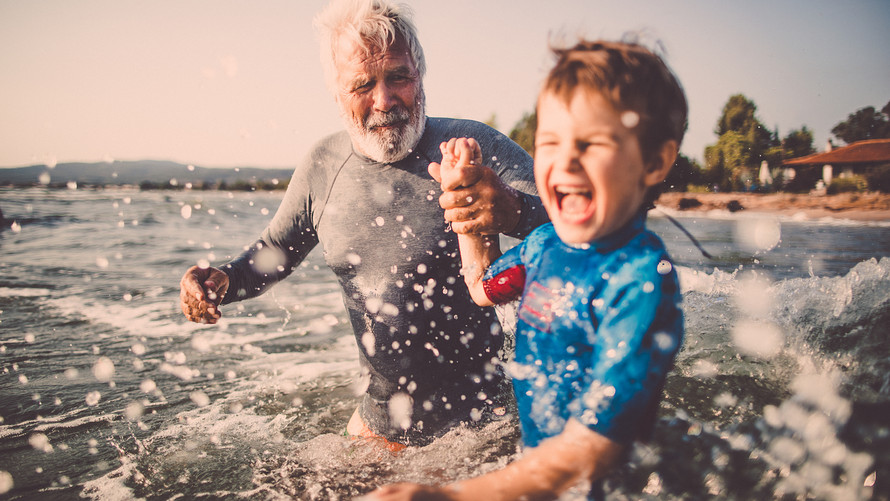 Getty Images
Legacies are about people — not money.

It’s been several years since my grandfather died and I still think about him every single day. He was my hero. His presence in my life and the impact that he had on me will stay with me forever.

At his funeral, my brother and I were given the distinct honor of delivering the eulogy. My sister and our cousin were on stage with us as we struggled through our words. To say that he was loved by his grandchildren would be a drastic understatement. And as I think about it, it is probably somewhat unusual to have the grandchildren be the primary speakers at a funeral. But it was a special case.

As parents, raising our children to become productive and caring adults could be viewed as an obligation. But as grandparents, you are given a unique opportunity to mentor your grandchildren. Given my age, I obviously have no experience being a grandparent, but I do have the perspective of a grandchild that has been blessed with grandparents that made an enormous impact on my life. Given my story, I think a lot of grandparents drastically underestimate the impact they can have on their grandchildren.

The idea of a legacy

As a retirement planner, I spend an awful lot of time talking about money and sharing ideas to make that money last as long as possible. In some cases, we’re talking about multigenerational wealth. But retirement is about far more than just money.

Ask retirees what being truly wealthy means to them and rarely will you hear answers about net worth. It’s typically about making a difference in the lives of the people around them, namely family and friends. Sometimes “leaving a legacy” is discussed in terms of making large bequests to various organizations or making sure your family will be OK financially upon your passing.

Those are certainly noble goals. But I want to challenge you to think bigger. Mainly about your time.

My grandfather’s name was James Ashby Daniels. I am named after him, though few called him Ashby. Those who knew him best called him Jimmy or J.A. To me, he was Gaga.

As a young child, I would spend at least a week with my grandparents every summer and saw them regularly throughout the year. I grew up in a lower-middle-class home. My parents worked hard, but there wasn’t much there beyond making ends meet.

So, during my time with them each summer, my grandparents would buy my “new school clothes” for the year. This was a real treat for me. And every day during those weeks, my grandfather took me everywhere he went. To the post office to get the mail and daily newspaper and occasionally out to eat together. He shared stories from his childhood and about life in general.

Before my junior year in high school, my brother Shelton and I went to live with my grandparents. My grandmother (who is quite possibly the most loving and generous individual on the planet) has told me many times that we (my brother and I) saved them. I’m still not sure I understand why, but our decision to live with them was the best thing that could have happened to them. At a time in their life that we could have been viewed as an inconvenience, we were viewed as a blessing.

I am lucky that my grandparents chose to have an active role in my life. At the time, they might not have known the level of impact that they would have, but they contributed without reservation or regard to how we might inconvenience their life and their well-earned retirement.

My grandparents invested in me, both personally and financially. And while I’ll admit that I’m enormously grateful for the college education that they paid for, it is the time that we spent together and the lessons learned as a result that is their legacy.

I want to share just a few lessons that I learned from my grandparents to hopefully provide some perspective on the impact that a grandparent can have by investing real time with their grandchildren.

To tell the truth: While my parents certainly taught me the value of telling the truth, the version of “the truth” that my grandfather told seemed to be a more unvarnished version. And people loved him for it. You knew whatever he told you was the truth, not a softer version of the subject with shades of gray. The truth doesn’t change based on somebody else’s ability to stomach it. I am often accused of calling things as I see it, and this no doubt is a result of hanging with my grandfather.