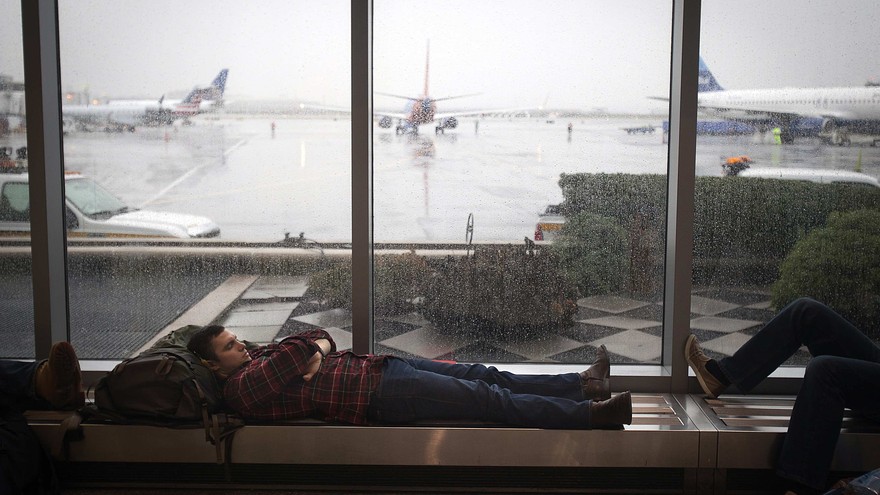 Reuters
Another satisfied customer. Airlines are among the most hated industries in America.

When it comes to making customers happy, some industries — cable TV, anyone? — can never seem to catch a break. The least popular industries in America are those we can seldom afford to avoid. But some industries do better than others, according to the University of Michigan’s American Consumer Satisfaction Index .

On the other hand, it’s probably no surprise that the most popular products also provide the most instant gratification. People fall over each other (literally) for large-screen televisions and video players on Black Friday. Credit unions may have fewer ATMs and less sophisticated online banking services than most large financial institutions, but they typically focus on face-to-face service and low fees: They charge 70% less than national banks for checking accounts and provide higher interest rates nearly 10 times than regional banks, according to a recent survey of 2,000 checking accounts by financial website WalletHub .

Also see: 10 reasons to quit the U.S. for Europe

Here are the least favorite industries for Americans in the last year:

This service is increasingly provided by cable providers as part of a package and costs more if you just want Internet alone. Internet service providers, or ISPs, are also the first service to be blamed — often rightly so — when consumers suffer slow speeds and videos that repeatedly buffer. And there may be less choice in years to come. If AT&T’s (T) acquisition of DirecTV (DTV) is approved by regulators and Time Warner Cable’s (TWC) deal with Comcast (CMCSA) goes through, roughly half of U.S. households could end up getting their Internet access and television service from two giant companies.

Read: What AT&, DirecTV deal means for you

Some people resent having to pay for channels that they don’t watch, even if they’re getting more movies and TV shows than they could watch in one lifetime. Despite having nearly 200 channels to choose from, the average American watches only 17, according to Nielsen. But that’s still pretty good economies of scale for most people, according to Dan Rayburn, a principal analyst with business consulting firm Frost & Sullivan. People may grumble about paid-TV services, but they don’t cut the cable cord. Less than 1% of customers have cut the cord in any one quarter, Rayburn says.

Read: Whatever happened to the cable TV revolution?

Airline customers have a lot of hurdles to clear before they even step foot on a plane: They include being penalized when they want to change their flights and grappling with increasingly complex baggage fees. (After that, they must contend with shrinking legroom and having to pay for Wi-Fi and food onboard.) Perhaps we are too hard on the airlines, they’re just trying to run a business. “People don’t get upset with Disneyland for its profit margins,” says Christopher Elliott, author of “Scammed,” a book about how to avoid shady deals. That’s because it’s designed to make people feel happy, he says, as long as others don’t skip the line. But there’s still no accounting for the behavior of other passengers. As technology consultant Jeff Kagan puts it: “Flying is no longer fun.”

Read: The worst thing about flying? These people

Insurance premiums continue to rise . And the amount that comes from out-of-pocket expenses — including copays and deductibles — rose 40% to $2,649 per person on average in 2014 from last year, according to a report by professional services firm Towers Watson. That said, roughly 10 million previously uninsured people now have insurance post-Obamacare. And health-care reform in Massachusetts — which has many similarities with Obamacare — has helped cut debt and reduce the number of bankruptcies in that state, according to a 2014 study by economists at the Federal Reserve of Chicago and the University of Notre Dame. 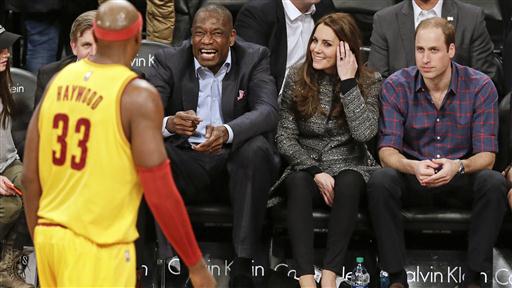 Prince William and his wife Catherine made time for some courtside action during their trip to New York City, but protests continued outside Barclays Center in the wake of the Eric Garner grand jury decision.

Many people who use social networks like Twitter and Facebook appear to resent their data being used for advertising, even if the service is free. “While social sites and search engines have been accumulating an avalanche of user data for a decade or more, it’s only become an issue for users in the past few years as it receives greater attention,” says John Bonini, content marketing manager of Impact Branding & Design in Wallingford, Conn. In December 2013, hackers even leaked online account names and partial phone numbers of 4.6 million user of Snapchat, a service that sends messages designed to disappear after being viewed.

The holiday season aside, the U.S. Postal Service is going out of fashion as people use texts and emails to keep up with friends, and even send birthday greetings over Facebook. It posted a $1.96 billion loss in the year ending June 30 and increasingly relies on its package-delivery service. Last September , the U.S. Postal Service was given the go-ahead by regulators to cut the prices on some Priority Mail packages by nearly 60%, impacting around 50,000 parcels a year.

Read: 7 things you shouldn’t have delivered to your home

People feel powerless when they get spotty cellphone service and dropped calls, says technology consultant Kagan, but both Verizon Wireless /zigman2/quotes/204980236/composite VZ +1.66%  , a subsidiary of Verizon, and AT&T /zigman2/quotes/203165245/composite T +1.19%  customer service provide troubleshooting tips and ask consumers to report them. Verizon had a wireless market share of around 44% in the third quarter of 2014, according to financial services firm Cowen & Co., while AT&T had a 39% market share, followed by Sprint, T-Mobile and regional cellphone companies. This has given the biggest cellphone companies the clout to phase out unlimited data plans.

More than half of American homes no longer have a landline, according to the Centers for Disease Control and Prevention, bringing usage back to levels not seen since World War II. “People say the land line telephone is going away, being replaced by wireless,” Kagan says. “But that’s not entirely true.” It’s being replaced by cables that will carry everything including fixed-line phone calls, television, and Internet, he adds. What’s more, people may (understandably) bristle while reading their landline bills when they can talk to friends overseas on FaceTime and Skype for free via cellphone or the Internet.

Consumers often have a love/hate relationship with online news sites, which either delight them or clog their online news feeds, Bonini says. Some readers may like one site, but hate a particular columnist, while other sites have fans that love everything they publish, as they are split along ideological and political lines, targeting conservatives or liberals. “People hate the news sites that represent a varying opinion or political stance than their own,” Bonini adds. One site’s niche target audience is another’s bias, he says. Indeed, recent studies have shown that news, books, musicians and even movies are favored by either Democrats or Republicans.

Consumers often have little choice about where to source their electricity. Like many industries on the American Consumer Satisfaction Index list, utilities are highly concentrated, which can mean low competition on price, as well as little pressure to innovate and respond to consumer demand, says Aram Sinnreich, media professor at Rutgers University. U.S. retail residential electricity prices for the first half of 2014 averaged 12.3 cents per kilowatt/hour, up 3.2% year-over-year, according to the U.S. Energy Information Administration; that’s the highest first-half annual growth since 2009.