Opinion: Looking for companies that hold their own in a correction 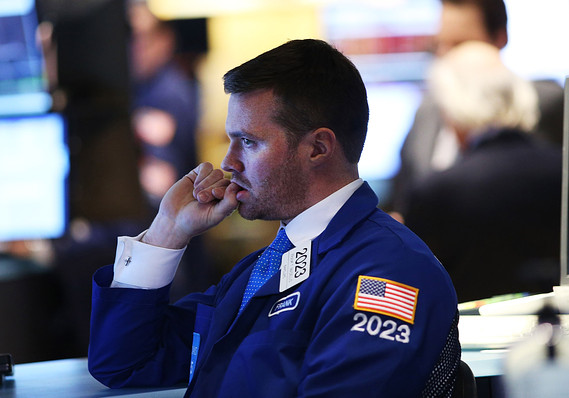 The stock market’s post-New Year’s slide has shifted many investors’ attention away from highflying companies that do well when the market is rising and toward those that can hold their own even in a correction.

That isn’t a correction, which is defined as a 10% drop from the peak, and the market’s strength late in the week encouraged some to hope that the storm had passed — at least for now.

Still, the selloff was quick and sharp enough to remind investors that corrections are inevitable. So it might be a good idea to move at least some of your money into stocks that can best weather a downturn.

Historically, those are large, established companies with little debt, a high return on equity, a long record of earnings growth and limited earnings volatility.

Wall Street has a name for them: quality stocks.

A good example from the recession of 2008 is Wal-Mart Stores (NYS:WMT)  . It continued to earn a profit throughout that economic downturn, and its stock rose 7.7% between the market’s October 2007 high and its March 2009 low — compared with a loss of more than 50% for the S&P 500.

The following list of quality stocks was compiled by first taking the 100 companies currently rated “A” for financial quality by San Diego-based Ford Equity Research, an independent firm that has been evaluating stocks for 40 years. Its ratings are based on factors such as earnings growth and volatility, low debt, industry stability and size. The list was further restricted to those whose price/earnings ratios based on trailing 12-month earnings were less than 13 — which is significantly lower than the S&P 500’s 17.3. (The P/E ratio is calculated by dividing a stock’s price by earnings per share.)

A low P/E helps to insulate a stock during a downturn because investors tend to bail out of pricier companies faster when the market begins to decline. As long as you weight your portfolio toward quality stocks with below-market P/E ratios, you stand a decent chance of significantly outperforming the market during any decline as well as participating in any resumption of the bull market.

The 10 stocks below are the only ones that survived this winnowing process and are recommended by at least four of the advisers monitored by the Hulbert Financial Digest who have beaten the S&P 500 over the last 15 years — a long enough period to largely reduce the role of luck. 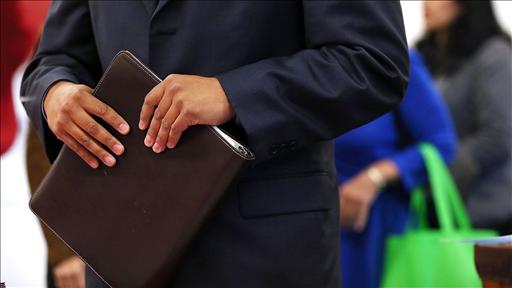 Inside the numbers: January jobs report

The labor market in January added 113,000 non-farm payrolls to the U.S. economy, a weak gain for the second straight month. The unemployment rate fell to 6.6%. Apple ramps up its share buybacks purchasing $14 billion of its own shares.

You might be surprised to see Apple on this list, as the company was a big casualty during the 2007-09 bear market. But Apple today is a far different company than it was then. At that time it wasn’t rated “A” for financial quality by Ford Equity Research, for example. And, unlike now, its stock then sported a P/E ratio that was well above the market’s. Its average P/E throughout 2008, for example, was 30.4, according to Value Line, a research firm; the S&P 500’s average P/E that year was in the low 20s.

You also might be surprised by the absence of other well-known stocks that often have appeared on other lists of quality stocks, such as Walt Disney (NYS:DIS)  , Johnson & Johnson (NYS:JNJ)  and Procter & Gamble (NYS:PG)  .

Even though many of these stocks fall solidly in the “quality” category, they currently trade at above-average P/E ratios.

Perhaps the biggest cautionary tale about the dangers of overpaying for quality comes from a group of stocks in the early 1970s that were known as the Nifty Fifty. These were established companies with long records of earnings growth and dividend increases. Though the term wasn’t used at the time, they in many ways resembled what is now known as the “quality” category.

The Nifty Fifty were touted as “one decision” stocks that could be held through thick and thin, and investor enthusiasm led them to have sky-high valuations. Jeremy Siegel, a finance professor at the University of Pennsylvania’s Wharton School, calculates that their average P/E at the bull-market high in December 1972 was 41.9 — more than double the S&P 500’s 18.3.

These stocks were decimated by the 1973-74 bear market, and it took them years to recover. It wasn’t until the early 1990s that a Nifty Fifty portfolio bought in December 1972 was ahead of a portfolio that had done nothing but invest in short-term certificates of deposit, according to Larry Swedroe, director of research at Buckingham Asset Management in St. Louis, which has $6 billion in assets.

This awful performance isn’t an indictment of quality stocks per se. Instead, it’s an object lesson in the importance of not overpaying.

No stocks, even those of high quality, “are so good that you should be willing to pay any price for them,” says James Montier, a visiting fellow at the United Kingdom’s University of Durham and a member of the asset-allocation team at Boston-based GMO, an investment firm with $108 billion under management.

Though the average quality stock today isn’t as overvalued as the Nifty Fifty were in 1972, it is pricier than the overall market. That can make it difficult for fund investors to buy undervalued quality stocks.

Consider the iShares MSCI USA Quality Factor exchange-traded fund (BATS:QUAL)  , which invests in stocks that score highest on a quality ranking created by Morgan Stanley Capital International, which favors companies with a high return on equity, stable year-over-year earnings growth and low financial leverage. It has an annual expense ratio of 0.15%, or $15 per $10,000 invested.

The ETF’s biggest holding right now — Google (NAS:GOOG)   — has a P/E ratio of 29, based on trailing 12 months earnings. The average P/E of all stocks this ETF owns is 23.1, according to iShares. The S&P 500’s P/E, in contrast, is 17.3. Another indication of the rich valuation of the stocks the ETF owns is their average price/book ratio, which is calculated by dividing a stock’s price by its per-share book value — a measure of net worth. The average price/book ratio of the ETF’s stocks is 6.6, versus 2.5 for the S&P 500.

Another ETF that invests in quality stocks is the PowerShares S&P 500 High Quality Portfolio (PSE:SPHQ)  , with charges annual fees of 0.29%. The average P/E of the stocks it holds is 18.4, and its average price/book ratio is 3.5.

Pointing out these relative valuations isn’t a criticism of these ETFs, since they are constructed to reflect the average performance of various groups of quality stocks — and the criteria for defining quality don’t take price into account. But the funds’ composition does make them a less-than-ideal choice for investors interested in purchasing stocks that are both high-quality and undervalued.

Always invest in what scares you

Ugly-looking jobs report is beautiful on the inside

8 secrets for success from early retirees