3 killed, including 2 U.S. troops, in rocket attack on Iraq base 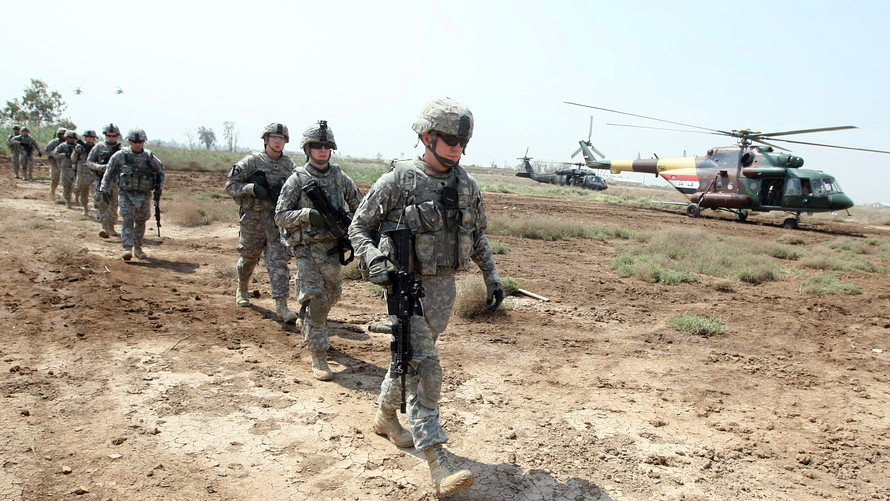 WASHINGTON — At least three people were killed, including two U.S. service members, in a rocket attack in Iraq, a U.S. official said Wednesday.

The official said 10 people were injured. Several other U.S. officials confirmed that U.S. troops had been killed and injured, but did not provide numbers. The officials spoke on condition of anonymity to give details of the attack ahead of the public announcement.

Camp Taji, located just north of Baghdad, has been used as a training base for a number of years. There are as many as 6,000 U.S. troops in Iraq, training and advising Iraqi forces and conducting counterterror missions.

Officials did not say what group they believe launched the rocket attack, but Kataib Hezbollah or another Iranian-backed Shia militia group is likely.

Kataib Hezbollah was responsible for a late December rocket attack on a military base in Kirkuk that killed a U.S. contractor, prompting American military strikes in response.

That in turn led to protests at the U.S. embassy in Baghdad. They were followed January 3 by a U.S. airstrike that killed Iran’s most powerful military officer, Gen. Qassem Soleimani, and Abu Mahdi al-Muhandis, a leader of the Iran-backed militias in Iraq, of which Kataib Hezbollah is a member.

Kataib Hezbollah been designated a “foreign terrorist organization” by the State Department since 2009.