As bone-chilling temperatures blanket the area, some people are dreaming of warmer spots. 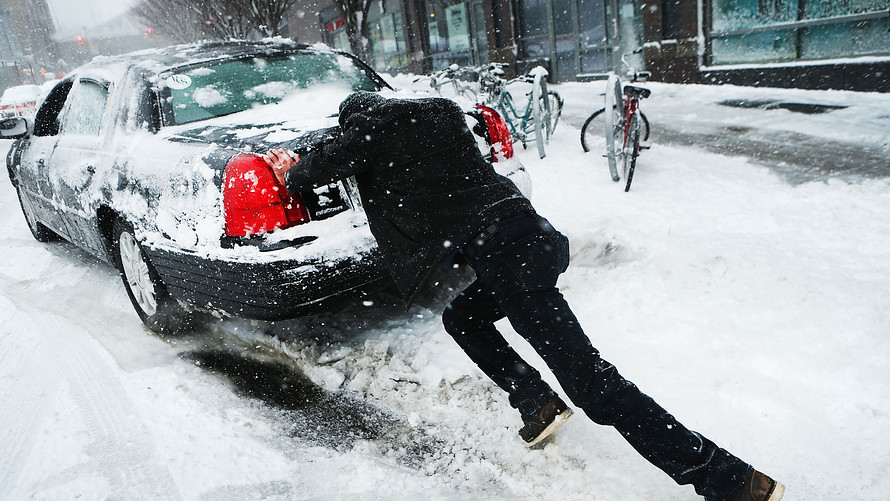 Winter is coming for the North.

More than half of the top 10 U.S. states that people are planning to move out of are in the Northeast, according to data from LendingTree . The states people are looking to escape include New York, Massachusetts, New Hampshire, New Jersey, Delaware and Rhode Island. (The remaining states are scatted throughout the country; the top state people are moving to is Florida, and the top region is the South.)

Other data points to a similar trend: Three states in the Northeast — New Jersey, New York and Connecticut — landed among the top five places from which people are moving out of fastest, according to 2017 data from United Van Lines. (Two more states on the moving company’s list: Illinois and Kansas.) And data from Pew Charitable Trusts suggest that, while people may be all about moving to the South (where the population grew by nearly 1.4 million people from 2014 to 2015) and the West (866,000 more people), population growth in the Northeast is “sluggish."

What's more, of the 25 cities that millennials are moving to, not a single one is in the Northeast, according to data on 2015 migration patterns released this year from personal-finance site SmartAsset . Indeed, it’s such places as Charlotte, N.C.; Seattle; and Oakland, Calif. — those are the top three — that the 20-to-34 set is moving to. New York City saw the biggest loss of millennials, with more than 29,000 going elsewhere.

So why are so many northerners packing their bags?

Reason No. 1: high costs. Data released by personal finance site GoBankingRates.com reveals that the No. 1 financial fear of people who live in the Northeast is that they will live in debt forever; the Northeast is the only region of the country ranking this factor as No. 1. (The other regions put retirement as their No. 1.)

And no wonder they’re worried. The cost of living across the region is among the highest in the country, and three of the five most expensive places in the country (New York and Massachusetts, along with Washington, D.C.) are classified as being in the Northeast region. (The other two states are Hawaii and California.)

What's more, data released in 2018 by SmartAsset on how much you would need to save to send two kids to college and retire by 65 found that the three cities where you'd need to save the most were Boston, New York and Washington, D.C.

Reason No. 2: the weather. As the calendar will tell you, winter is upon us — and it's wintry weather that drives many to consider quitting the Northeast for good. Indeed, the largest population migration between states is from New York to Florida, according to data from the Census Bureau. And simple looks at recent winters in the Northeast provides some perspective. For example, in 2015, Boston had its snowiest winter on record, and New York City had one of the worst blizzards in its history in 2016.

Just ask Karen Lanovi, a lifelong New Yorker who says she “left for better weather,” moving to central Florida roughly a dozen years ago. “It has proven a great decision for my husband, myself and our three children. We, for the most part, have a better life,” she says. The same reasons drove tech entrepreneur Jaimyn Chang from the Northeast to Austin, the Texas capital; he says he was “sick of the ridiculous snowy winters and bone-chilling temperatures” and “ the constant, seemingly endless, gray overcast days.”

Reason No. 3: jobs. Many companies are setting up shop in warmer and less costly places, which means that people pondering getting out of the Northeast can now find work. Texas, for example, has seen massive job growth since the recession — and some of the new jobs there are in fields you wouldn’t normally think of as characteristic of Texas. For example, technology. Google, Apple, Dropbox and Oracle all recently built or expanded offices in Austin, as have many others.