A recession is coming? Nobody told housing stocks 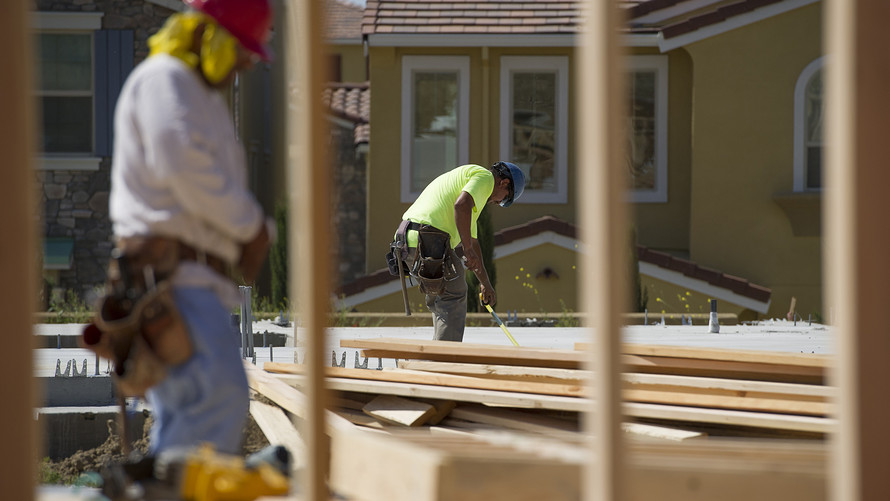 The last U.S. recession in 2008 was triggered by imbalances in the U.S. housing sector, but if there is another downturn in the near future, it may happen in spite of the market for residential real estate.

Equity investors have been spooked by a series of bearish reports on the U.S. economy in October, including surveys from the Institute for Supply Management that show the American manufacturing sector contracting and the services sector slowing significantly, helping send Dow Jones Industrial Average (DOW:DJIA)  down 2.9%, the S&P 500 index (S&P:SPX)  2.4% and the Nasdaq 1.8% (NASDAQ:COMP) month-to-date.

But data on the housing market has been trending in the opposite direction, with new home construction rising to the fastest pace since 2007 in August, and pending home sales trending up as interest rates fall, improving affordability.

“Unlike some of the previous manufacturing slowdowns we’ve seen during recessions, U.S. housing is doing quite well,” wrote Keith Lerner, chief market strategist at SunTrust Advisory Services, in a Wednesday note to clients. “In fact, the NAHB Home Builders Index has climbed to the highest level of the year. Similarly, housing starts recently rose to a cycle high. This is important as this indicator has peaked almost two years ahead of recessions, on average.”

In other words, if the U.S. economy is headed toward a recession and an end to the current bull market in the near future, it will be doing so, uncharacteristically, without the help of the housing market.

Individual home builders are reflecting this strength in their financial results. Lennar Corp (NYS:LEN)   reported Wednesday that it’s third-quarter profit rose 13% year-over year, beating analyst forecasts. The stock is up 7% on the week and 49.6% year-to-date, versus 15.7% rise for the S&P 500. KB Home (NYS:KBH)   also beat analyst expectations for third-quarter earnings on Sept. 25, and its stock has risen 71.2% year-to-date.

There’s reason to expect this momentum to continue, after data Wednesday from the Mortgage Bankers Association, which reported that mortgage applications rose for the second time in three weeks.

“As shown in the first chart below, mortgage applications have been running stronger than housing sales (combined new plus existing) since the fourth quarter of last year,” George Pearkes, macro strategist at Bespoke Investment Group wrote in a recent note to clients. 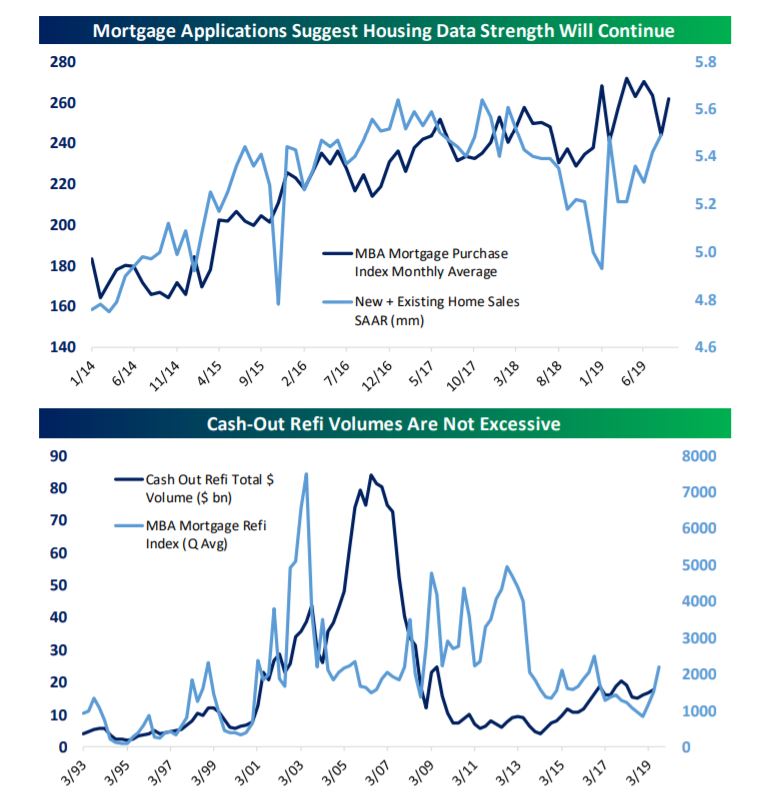 “The strong mortgage applications data suggests that housing market momentum is likely to continue,” he added. We note that while refinancing volumes are running at a strong pace, the amount of cash being pulled out of home equity is very modest, unlike in the pre-crisis period,” indicating the sustainability of the trends in the housing market.