After three hours of questions, expert calls hearing ‘a mix of antitrust ambush and political grandstanding’ 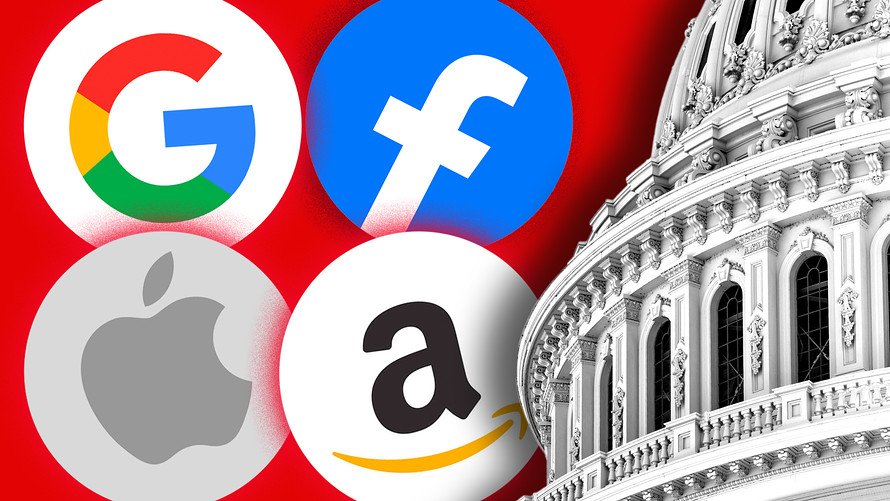 It has been a bruising day for tech’s biggest names on Capitol Hill, but they didn’t break.

“Our documents from Facebook show it considered Instagram a ‘competitive threat’ that could meaningfully hurt Facebook, so Facebook bought it,” Rep. Jerrold Nadler, D-N.Y., chairman of the House Judiciary Committee, said in a particularly contentious exchange with Facebook CEO Mark Zuckerberg. “This should not have been allowed to happen.”

Zuckerberg, who has testified a handful of times before Congress the past few years, said he viewed Instagram — a photo-sharing app for mobile devices acquired for $1 billion in 2012 — as a competitor and complement to Facebook’s business. He deemed the purchase “wildly successful” after Facebook invested heavily into its operations.

In another clash, Amazon CEO Jeff Bezos was hesitant to deny Amazon uses data from its third-party sellers to build its products. The charge, outlined in a Wall Street Journal story , could be the focus of an Amazon investigation, paralleling similar complaints that Apple develops its own apps based on data it receives within App Store about the apps of independent developers.

Later, Rep. Mary Gay Scanlan, D-Pa., invoked the story of Diapers.com, a competitor that Amazon engaged in a price war before buying its parent company, Quidsi Inc., for $545 million in 2011. The company was shut down in March 2017. Bezos, who was testifying before Congress for the first time, acknowledged it was hard to recall details of the long-ago episode.

Alphabet CEO Sundar Pichai was repeatedly grilled for allegedly stealing content from developers, such as restaurant reviews from Yelp Inc. /zigman2/quotes/201334325/composite YELP +1.01%  (When Yelp complained, Google threatened to delist Yelp.) It also was accused of skewing search queries that showed the most profitable results for Google rather than the most popular. Pichai declined both charges.

Luther Lowe, senior vice president of public policy at Yelp, said he was “pleasantly surprised” to see the issue addressed after Yelp had “advocated for a decade” on the issue.

There were no immediate “aha!” moments nor smoking guns, but clearly uncomfortable exchanges. Facebook and acquisitions from a more than yearlong investigation covering some 1.3 million documents. Strong undercurrents of political grandstanding emerged, as when several Republican members charged Facebook, Google’s YouTube, and Twitter with censoring the views of conservative voices on their platforms — as well as accusing Google of untoward interactions with the Department of Defense and Chinese authorities.

“This is a mix of antitrust ambush and political grandstanding and, as Mary Gay Scanlon put it, diversions into conspiracy theories,” Bhaskar Chakravorti, dean of global business at The Fletcher School of Law and Diplomacy at Tufts University, told MarketWatch in an email.

What patterns emerged from the hearing were charges of misconduct across various categories including stifling competition, exerting market power, and questionable use of data, NYU business professor Vasant Dhar told MarketWatch. Another theme was the risk companies face when employees engaged in questionable practices to misuse seller data (as in the case of Amazon) or influence company policy to bias algorithms (Google).

The confrontational tone was set early, in the opening statement of Rep. David Cicilline, D-R.I., chairman of the subcommittee. “Many of the practices used by these companies have harmful economic effects. They discourage entrepreneurship, destroy jobs, hike costs, and degrade quality,” he said. “Simply put: They have too much power. This power staves off new forms of competition, creativity, and innovation.”

“And while these dominant firms may still produce some new innovative products, their dominance is killing the small businesses, manufacturing, and overall dynamism that are the engines of the American economy,” Cicilline said.

Befitting its historic nature and what’s at stake, the hearing was scheduled to start at high noon ET, but was delayed an hour because an unrelated hearing ran late.