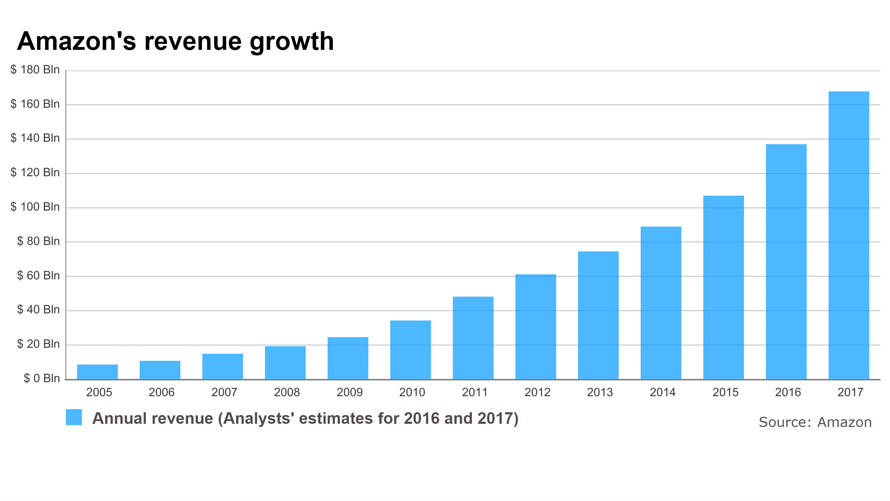 Amazon's revenue has been growing at more than 20% a year.

Amazon.com has been crowing about its plans to create 100,000 American jobs in the next year, but as with other recent job-creation announcements, that figure is meaningless without context.

What Amazon /zigman2/quotes/210331248/composite AMZN +3.11%  won’t tell us is that every job created at Amazon destroys one or two or three others. What Jeff Bezos doesn’t want you to know is that Amazon is going to destroy more American jobs than China ever did.

Amazon has revolutionized the way Americans consume. Those who want to shop for everything from books to diapers increasingly go online instead of to the malls. And for about half of those online purchases, the transaction goes through Amazon.

For the consumer, Amazon has brought lower prices and unimaginable convenience. I can buy almost any consumer product I want just by clicking on my phone or computer — or even easier, by just saying: “Alexa: buy me one” — and it will be shipped to my door within days or even hours for free. I can buy books for my Kindle, or music for my phone instantly. I can watch movies or TV shows on demand. 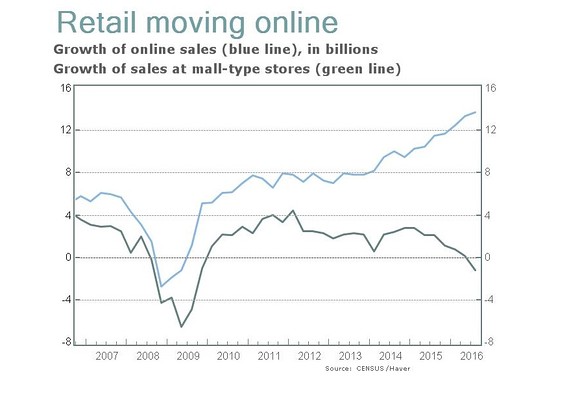 Online sales are growing much faster than sales at stores found in malls and shopping centers.

Amazon and other online sellers have decimated some sectors of the retail industry in the past few years. For instance, employment at department stores has plunged by 250,000 (or 14%) since 2012. Employment at clothing and electronics stores is down sharply from the earlier peaks as more sales move online.

“Consumers’ affinity for digital shopping felt like it hit a tipping point in Holiday 2014 and has rapidly accelerated this year,” Ken Perkins, the president of Retail Metrics, wrote in a research note in December. And when he says “digital shopping,” he really means Amazon, which has increased its share of online purchases from about 10% five years ago to nearly 40% in the 2016 holiday season.

It’s only going to go higher, as Amazon aggressively targets other sectors such as groceries and even restaurants with delivery services for restaurant-prepared meals. 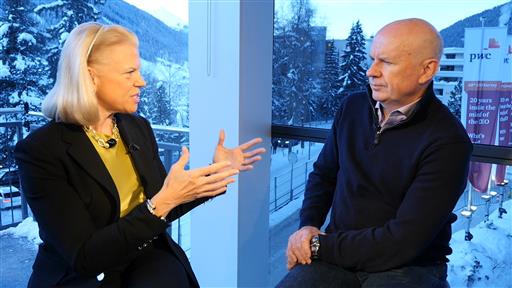 IBM CEO: AI will be man and machine, not man vs. machine

Ginni Rometty, CEO of IBM, said that she believes that believes artificial intelligence will help to create jobs and that clients will have a "symbiotic relationship" with AI.

At the end of 2016, the retail sector employed 16.5 million workers, and the restaurant industry employed another 11.4 million. Together, that’s nearly one out of every five workers in America, the same share of employment accounted for by the manufacturing sector in 1982.

Many of those jobs are threatened by Amazon’s incredible growth. But some are relatively safe: Most of the 11.4 million restaurant jobs are safe from online competition, for instance, because people still love going out to eat, and someone has to cook and wash the dishes. The 1.3 million working at car dealerships probably won’t be affected anytime soon, and neither will the 925,000 at gas stations, or the 1.1 million working at building materials stores. You won’t buy a new car, or a gallon of gas, or 50 sheets of drywall online.

However, about 12 million jobs in retail are facing increasing competition from Amazon, particularly the 6.2 million people who work in the kind of stores that are typically found at malls or shopping centers — furniture, appliance and electronics, clothing, sporting goods, bookstores, and general merchandise stores — what the statisticians call GAFO (General Merchandise, Apparel and Accessories, Furniture and Other Sales).

GAFO is the heart of what we think of as retail, and that’s where Amazon has revolutionized the market. After years of barely holding their own, sales at GAFO stores have stalled, falling $1.8 billion (or 0.6%) in the past year while the rest of retail was growing 4%.