Meanwhile, online sales jumped by $13.7 billion through the third quarter of 2016, with Amazon accounting for most of that. It is expected to overtake Macy’s as the country’s top retailer of apparel this year. 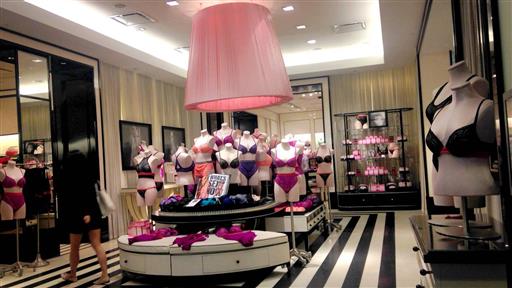 Amazon has its eye on being shoppers' destination for books and bras. WSJ's Laura Stevens and Tanya Rivero discuss the online retailer's plans to sell women's intimate apparel at discount prices to compete with companies such as Victoria's Secret. Photo: Parker Eshelman/The Wall Street Journal

At current growth rates, Amazon would have annual revenue of $500 billion in five years. As traditional retailers close stores and dismiss workers, shopping at the mall will make less and less sense.

Although retailers have been laying off workers, they probably aren’t laying off enough, considering how quickly their sales are eroding. While sales fell 0.6% in 2016, employment at the GAFO stores increased by 1.6%, or about 95,000. You don’t make money by hiring more people to sell less.

So what’s the big deal? Won’t the people who once worked at Macy’s just work at Amazon instead? Well, no. Amazon needs about half as many workers to sell $100 worth of merchandise as Macy’s does. Macy’s has floor walkers, and saleswomen at the makeup counter to give personal attention, and cashiers, if you can find one.

By contrast, Amazon has “pickers” in warehouses who grab hundreds of items off the shelves every hour. Amazon just announced it would hire a lot more pickers this year as it opens more distribution centers. But even those jobs are threatened by Amazon.

That’s because Amazon is at the forefront of automating retail. More and more of the work in the warehouses will be done by robots, and Amazon contemplates deploying flying drones (robots) to deliver the packages to your door. Amazon’s concept for selling groceries includes almost no workers, because customers will check themselves out and robots will restock the shelves.

What’s most troubling to brick-and-mortar retailers and their workers is that Amazon’s sales growth is accelerating (19% in 2014, 20% in 2015 and 28% in 2016), and shows no sign of plateauing. Amazon isn’t just taking sales from brick-and-mortar stores; it’s also taking market share from traditional retailers’ online stores.

Amazon is also moving aggressively into warehousing and package delivery services, which combined employ 2 million workers, including 600,000 at the post office. How many of those jobs will Amazon’s drones take?

Could Amazon actually kill more American jobs than China did? It’s quite likely. Economists David Autor, David Dorn and Gordon Hanson have estimated China’s manufacturing exports to the U.S. may have cost as many as 2 million jobs.

If Amazon can capture 40% of the GAFO market within five years (as seems likely), about 1.5 million jobs at brick-and-mortar stores could be lost. Add in the jobs Amazon will kill at grocery stores, drugstores, warehouses and delivery services, and the total would be well over 2 million.

And unlike the manufacturing jobs lost to China, which were clustered in a comparatively few counties, those retail jobs are located in every city, town and hamlet in America.

Don’t worry, though. Economic theory says the displaced workers will find other jobs as the economy grows more productive. And Amazon will pay you a couple of bucks if you’ll use your own car to deliver packages to your neighbors.

Get news alerts on Amazon.com Inc. — or create your own.
prev
1 2
next