Americans use their $1,200 stimulus checks to splurge at Walmart, Target, BJ’s and Best Buy — here’s what they’re buying 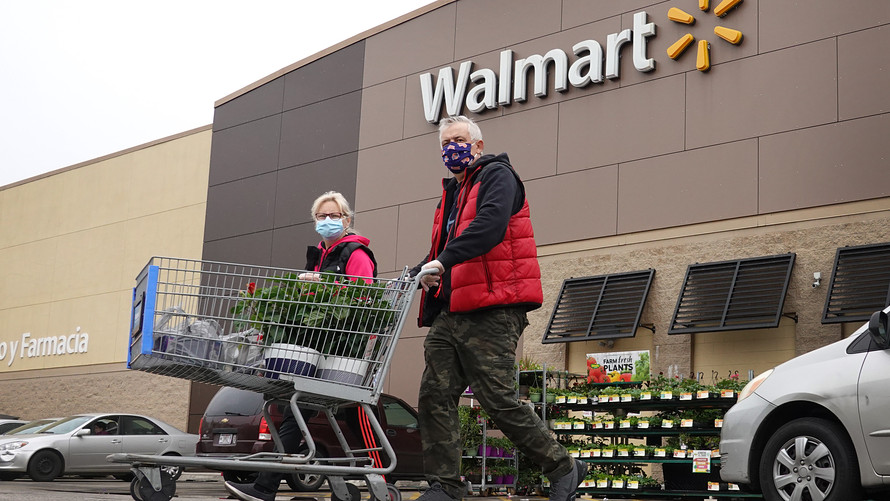 Scott Olson/Getty Images
Walmart and other retailers including Target and Apple saw an increase in sales in certain product categories as Americans began to receive their $1,200 stimulus checks, the companies’ CEOs said recently.

While many Americans have used their stimulus checks to cover basic needs such as groceries, mortgage or rent, there’s evidence people are also spending the money on non-essentials including electronics, clothes and toys, according to major retailers.

(BJ’s did not respond to a request for a further comment.)

“Like many other retailers, we saw sales benefit during the last three weeks of the quarter as customers undoubtedly chose to spend some of their government stimulus money on the products and services we provide,” Barry said.

(Best Buy did not respond to a request for a further comment.)

The different phases of the pandemic have shaped shoppers’ choices. As stay-at-home orders were enacted across the country, “parents became teachers,” McMillon said on Walmart’s earnings call. “Adult bicycles started selling out, as parents started to join the kids. An overlapping trend then started emerging related to DIY and home-related activities.”

Consumers also bought sewing machines and bandanas to make their own face masks, he said.

Sales took off in mid-April when many Americans began to receive their $1,200 stimulus checks. Within 10 days of receiving their stimulus checks, households spent around one quarter to one third of it, research shows.

See also: Walmart spent nearly $900 million on the coronavirus in Q1 and says it’s a ‘reasonable assumption’ that they’ll spend that much in Q2

Before the checks were issued on April 15, there was “not as much demand” for discretionary goods at Walmart, said spokesman Randy Hargrove, adding that sales increased “towards the end of the quarter.”

Before the checks were issued on April 15, there was ‘not as much demand’ for discretionary goods at Walmart, said spokesman Randy Hargrove

Customers, he said, are “still seeing the benefits of the stimulus check.” People are shopping across all categories including apparel, which has been especially hard hit by the coronavirus-driven economic downturn.

(Costco /zigman2/quotes/201191698/composite COST -1.01% declined to comment on whether it has experienced the same trend in sales related to stimulus payments.)

iPhone maker Apple also saw sales increase after stimulus payments went out, Cook said on the company’s April 30 earnings call. “A part of it is due to just our new products,” Cook said. But another part of it is also “due to the stimulus programs taking effect in April.” (Apple did not respond to MarketWatch’s request for a further comment.)

Still, many Americans have used their stimulus checks to stock up on essentials. That’s especially true for those who received their checks in the first wave of stimulus payments, said Stuart Sopp, CEO and founder of Current, a New York City-based mobile-banking startup.

In mid-April when payments were initially distributed, “most people immediately spent on groceries,” said Sopp. Many Current members, he said, also took cash out of ATMs to “pay friends back and pay their bills.” He added, “People were struggling for basic life essentials and the stimulus payments really helped them, which I think is what it was all about.”

In the next wave of payments, which occurred towards the end of April, more people used the funds “for everyday means,” Sopp said. That included ordering more food delivery and takeout, and gas.

If people do end up receiving a second stimulus check, Sopp predicts most will use the money for the same purposes.

Best Buy’s Barry said Thursday that “the impact of current to potential future government stimulus actions” is something the company will keep an eye on “for the remainder of the year.”