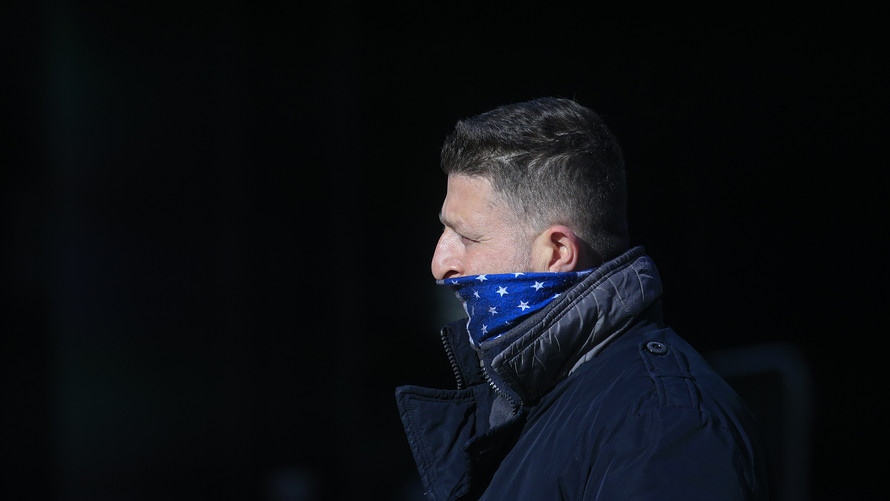 AFP via Getty Images
Americans, particularly millennials, are more likely to say that they have more credit-card debt than savings.

More evidence that the past year has been one like no other.

Direct payments from the $1.9-trillion American Rescue Plan started rolling out this month, with more to come this week. The law authorizes $1,400 checks per person in households that make less than $75,000 for individuals and $150,000 for married couples filing jointly.

The U.S. economy contracted in February for the first time since the worst phase of the coronavirus pandemic last April, according to the Chicago Fed’s national activity index released earlier this week. The index, designed to gauge overall U.S. economic activity, fell to negative 1.09 in February.

A majority of baby boomers said this has been the ‘worst economic downturn’ they had ever experienced.

More than half of American consumers (56%) said they are living “paycheck to paycheck,” according to another poll , and 48% have experienced unexpected financial setbacks in the last 3 months. Over 70% say they are becoming more conscientious of where they spend their money.

The rescue package has not come a moment too soon. Some 47% of respondents said they have no formal savings plan. 35% spent more than they earned in 2020, according to a survey released Friday by Travis Credit Union . Only 2% of people said they were “confident” about the economy.

• More than half of Americans (51%) dipped into their savings over the last 3 months, and 27% of those surveyed had to withdraw $1,000 or more from savings accounts, including 21% of baby boomers and 30% of Generation Z and millennials.

• “Of those who dipped into savings, nearly one-third (32%) did so to help friends and family, the second most common reason after paying bills (55%), while more than a quarter used the funds to pay their mortgage/rent (28%),” the MassMutual poll added.

• A clear majority of baby boomers (72%) said this has been the “worst economic downturn” they had ever experienced, even compared to the Great Recession and the 2001 dot-com boom and bust. Half of boomers have eliminated spending on non-essentials. 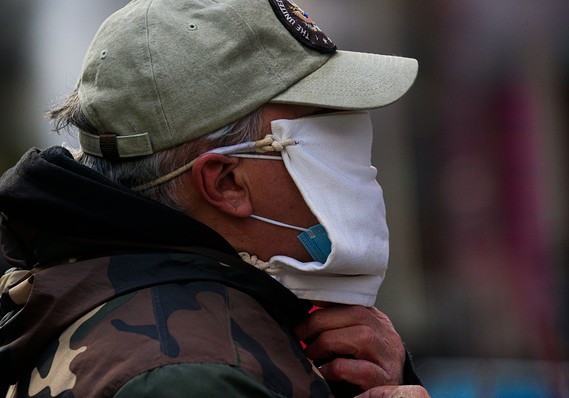 AFP via Getty Images
A clear majority of baby boomers (72%) said this has been the ‘worst economic downturn’ they have experienced, according to a new poll by MassMutual.

People are still paying the price of the pandemic.

Layoffs amid the pandemic were more likely to cause housing instability among Black and Latino workers than among white workers. People of color were more likely than their white peers to face challenges making their monthly rent payments throughout the coronavirus emergency.

As of February, 41.5% of unemployed workers had been out of work for over 6 months, according to the Pew Research Center. The number of Americans experiencing long-term unemployment, or joblessness lasting at least 27 weeks, totaled about 4.1 million or 2.6% of the workforce.

People of color were more likely than their white peers to face challenges making their monthly rent payments.

On the upside, credit-card borrowing declines in January, as Americans used the first two rounds of stimulus checks to pay down debt, Federal Reserve data released this month found. Credit-card debt increased only two months in the past year.

“Just as mental and physical wellness are important to experiencing a happy, healthy life, so, too is financial wellness,” Travis Credit Union said. “We expect financial wellness to be a major theme in American life as our society heals in so many ways over the coming year.”

• More than half of Americans (52%) said increasing their emergency fund is a higher priority than paying down their credit-card debt (32%), the Bankrate survey released in February found . That compares to 44% of people in 2019 who said they were increasing emergency funds.

• 45% of those surveyed who had an income less than $30,000 a year said they had more emergency savings than credit-card debt, Bankrate, a personal-finance website, added. This percentage increased to 70% for households with an annual income of $75,000 a year, or more.

• Significant uncertainty still lies ahead. “With only a little more than half of households having more emergency savings than credit-card debt, and 1 in 6 lacking any emergency savings, there is much work to be done,” said Greg McBride, chief financial analyst at Bankrate.